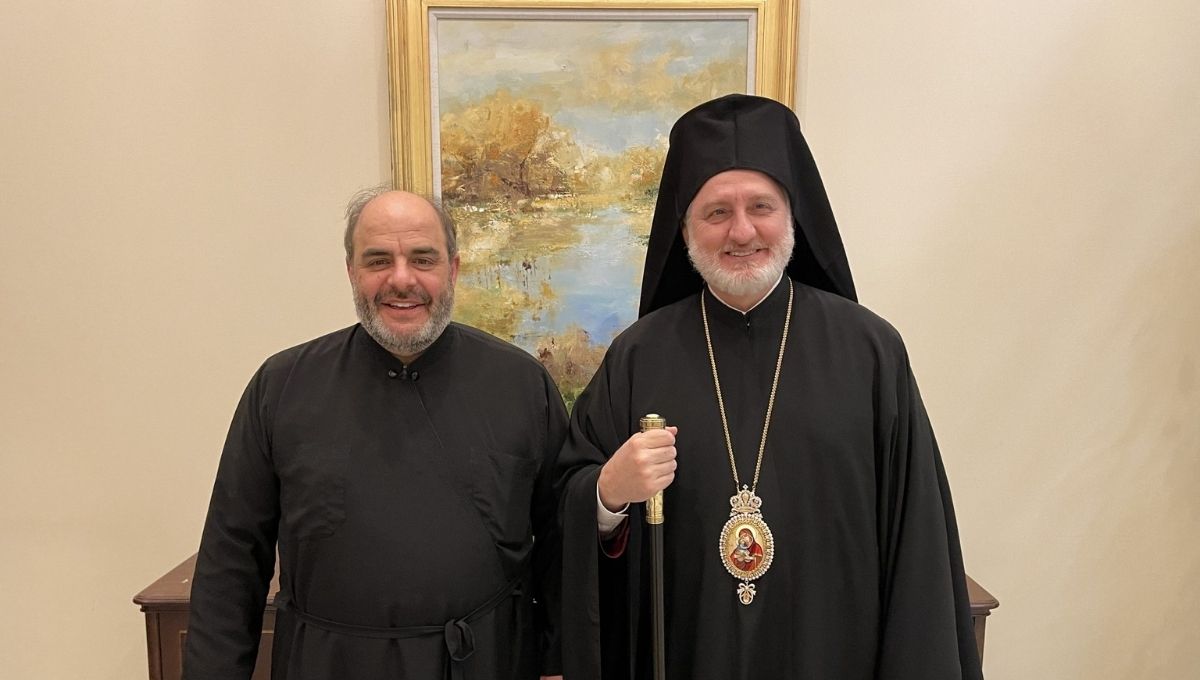 By a unanimous vote of HCHC’s Board of Trustees on May 10, 2021, Rev. Dr. George Parsenios has been appointed Dean of Holy Cross Greek Orthodox School of Theology and Professor of New Testament with tenure. In announcing the appointment, HCHC President George M. Cantonis said, “We are extraordinarily fortunate that a scholar of such renown, himself a Holy Cross alumnus, has accepted the deanship, which has always been of tremendous importance to the institution’s academic and spiritual vitality, but never more than at this time, as we intensify our efforts to make HCHC the very best it can be.”

Fr. Parsenios is an award-winning teacher and internationally recognized scholar of the New Testament, with expertise in the Gospels. He has held the rank of Full Professor at Princeton Theological Seminary since 2002. He has been an Adjunct Professor at St. Vladimir’s Orthodox Theological Seminary and at the St. Athanasius Theological College in the University of Melbourne (Australia). He also holds the position of Extraordinary Research Professor at North West University in South Africa. He is the author of three major books and numerous articles on New Testament themes, and was recently a member of the team that revised the translation of the New Testament for The New American Bible, under the auspices of the United States Conference of Catholic Bishops. His publications focus on the interaction of early Christianity with the classical world and on the interpretation of Scripture in the early Church.

Fr. Parsenios earned his Master of Divinity degree from Holy Cross in 1996 after receiving degrees in Classics from the University of Cincinnati (BA) and Duke University (MA).  Following his studies at Holy Cross, he earned an MA, MPhil, and PhD at Yale University. He has been serving the Greek Orthodox Metropolis of New Jersey part-time as a priest at the parish of St. Demetrios in Perth Amboy. He and Presvytera Maureen have three children.

Last fall, Fr. Parsenios taught the “Introduction to the New Testament” course at Holy Cross as a visiting professor, graciously volunteering his time and expertise to his beloved alma mater.

Fr. Parsenios believes that few academic institutions provide the chance to teach and to study the Bible within the life of the Church the way Holy Cross does. It was while he was a student at Holy Cross that he first combined his calling to the priesthood with a devotion to the study of the New Testament.