Orthodoxy on Tap NYC is Back on Tuesday, June 28th!

Print Orthodoxy on Tap NYC is Back on Tuesday, June 28th! 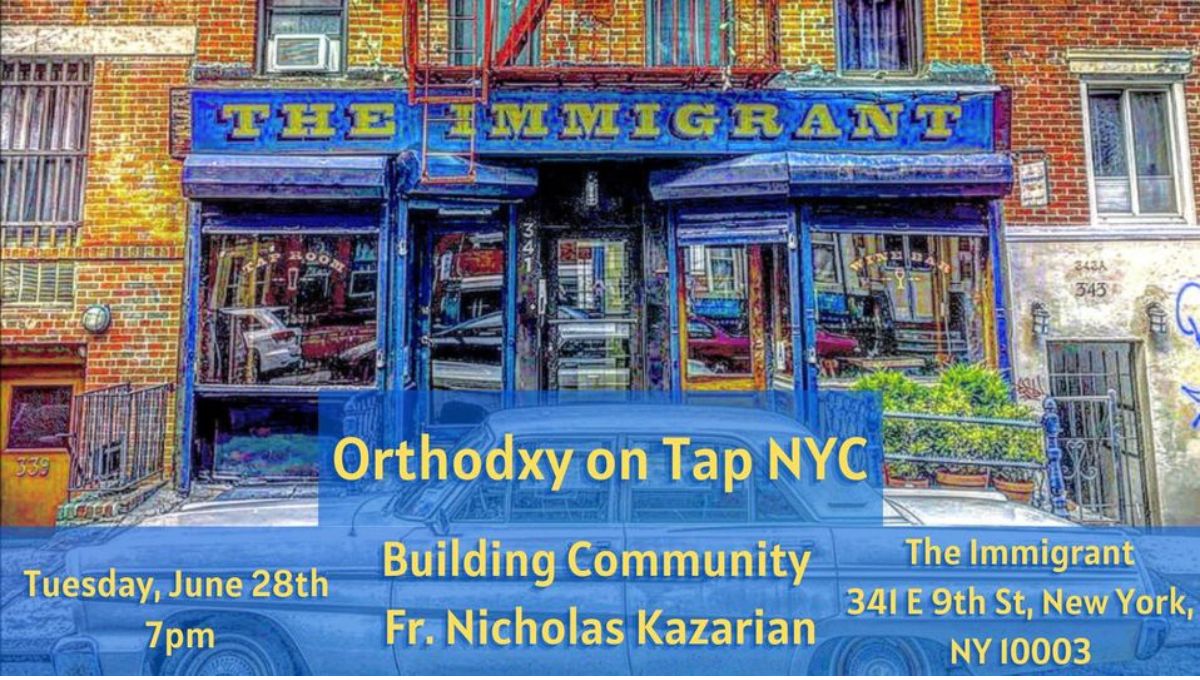 Orthodoxy on Tap NYC is Back!

Join us at 7pm on Tuesday, June 28th as Orthodoxy on Tap NYC returns! Location: The Immigrant, 341 E. 9th Street in Manhattan.

Come hear about "Building Community," led by Fr. Nicholas Kazarian and followed by discussion and fellowship.

About Orthodoxy on Tap

Come to know the fellowship of Orthodoxy on Tap! Friends and guests join together to engage subjects and issues of the world and the Church as we seek to grow as a Christian Body, joining in a common thirst for righteousness.

Rev. Protopresbyter Nicolas Kazarian was born in France, where he pursued his undergraduate degree at the Institute of Orthodox Theology Saint Serge in Paris, graduating with a BA. He continued his studies at the University of Cyprus, in Nicosia, and Thessaloniki in Greece, before moving to Switzerland to start an MA in Orthodox Theology at the Orthodox Theological Institute of Chambésy. He completed his Ph.D. at the Sorbonne. He later attended the 2017 KAICIID International Fellows Program (Vienna, Austria) on interfaith dialogue.

He is the author of numerous publications about the Orthodox Church, ecumenical dialogue, interfaith relations and geopolitics in various languages. He has also taught Ecumenical Relations at the Catholic University of Paris and at the Institute of Orthodox Theology, Saint Serge.

He serves as Ecumenical Officer and Director of the Department on Inter-Orthodox, Ecumenical and Interfaith Relations.

He is the parish priest of St. Eleftherios Greek Orthodox Church in Manhattan.