An Orthodox “Ethos of Dialogue and Solidarity” Guides the Department of Inter-Orthodox, Ecumenical, and Interfaith Relations

Print An Orthodox “Ethos of Dialogue and Solidarity” Guides the Department of Inter-Orthodox, Ecumenical, and Interfaith Relations 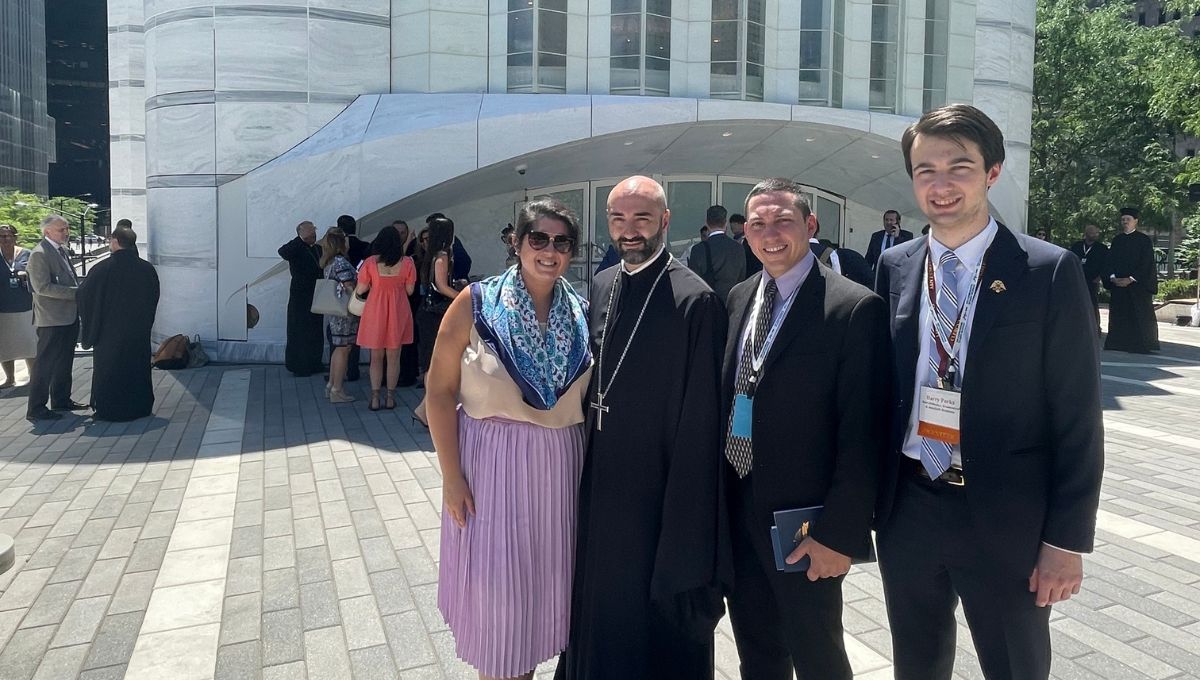 An Orthodox  Ethos of "Dialogue and Solidarity” Guides the Department of Inter-Orthodox, Ecumenical, and Interfaith Relations

The Department of Inter-Orthodox, Ecumenical, and Interfaith Relations is one of the most public-facing ministries of the Archdiocese. As its name suggests, it coordinates inter-Orthodox, ecumenical and interfaith dialogues between the Archdiocese-at-large, the Archbishop, and individual Archdiocesan departments and other faith-based organizations and faith groups, academic institutions, and NGOs. Working creatively within the Orthodox tradition, it cultivates these relationships for the progress of shared goals and values.

The Department works closely with the Office of the Archbishop to organize critical meetings between His Eminence Archbishop Elpidophoros and interfaith leaders. In May 2022, for example, His Eminence met with His Majesty King Abdullah II of Jordan, whose government maintains custodianship of the Holy Sites in Jerusalem; and earlier in March, he met with Melissa Rogers, the Executive Director of the White House Office of Faith-Based and Community Initiatives, in Washington, DC. When His Eminence leads interfaith prayer services—like the 2021 Service Lamenting the Reconversion of Hagia Sophia, the Holocaust Remembrance Day of Greek Jewry, and the 2022 Intercessory Prayer Service for Ukraine—the Ecumenical Department similarly coordinates the participation of interfaith leaders and organizations.

At the same time, through the Office of the Chairman of the Assembly of Canonical Orthodox Bishops of the USA, and under the leadership of Nicholas Anton, Director of Operations of the Assembly, the Department is also involved with year-round Pan-Orthodox activities, maintaining collaborative partnerships with the Agencies of the Assembly of Bishops. In November 2021, a delegation from the Assembly attended the US Conference of Catholic Bishops (USCCB), where, in a historic milestone, Archbishop Elpidophoros offered the first ever address by an Orthodox hierarch to the USCCB plenary session.

All in all, the Department has a lot under its belt; it’s charged with engaging both the local and global, the practical and the theoretical of Orthodox theology and tradition. As the Rev. Protopresbyter Nicolas Kazarian, Director of the Department, put it, “[Our] Department draws upon the Church’s spirit of outreach from within to engage with the world...in an ethos of dialogue and solidarity.”

Some of the Department’s most well-known ongoing initiatives include:

Instrumental to obtaining UNEP Accreditation was the Rev. Dr. John Chryssavgis, under whose guidance the Department was able to demonstrate the Archdiocese’s substantial efforts in the care of the environment. As theologian and Senior Advisor to the Department, Fr. John plays a leading role in many of its environmental initiatives—as well as those of GOARCH and the Ecumenical Patriarchate—and through his academic and theological writings and activities, the Department continues to strengthen its relationship with the Patriarchate and other global actors for dialogue and reconciliation.

In fact, with UNEP Accreditation, the Department gains the capacity for more direct participation and bolstered activity in the Environmental Programme, although it also regularly participates in other NGO groups—like the Working Group on Girls—and has long hosted or sponsored events on issues like homelessness, migration, the environmental crisis, and girls’ rights. The GOARCH Girl Delegate Pilot Program, for instance, welcomes and empowers young women from within the Archdiocese to advocate for their beliefs directly to member states at the UN. According to Devaris-Morgulis, it is critical for young women to engage with the initiatives of their church, and the Girl Delegate Program offers them an unprecedented opportunity to do so while simultaneously exploring issues, like the climate crisis, which concern them. Launched just this past year, the program is still being finetuned, but Devaris-Morgulis expects it to expand to more parishes and to open recruitment to girls nationwide.

With the blessing of His Eminence Archbishop Elpidophoros, Department collaborations with other academic and cultural institutions ultimately allow it to host and participate in various timely and educational projects for the benefit of Orthodox faithful and the broader society. Some of these include:

To learn more about the Department’s initiatives, read its full Department Report here, or follow them on social media: @GOA.Ecumenical (Facebook/Instagram), @GOA_Ecumenical (Twitter). 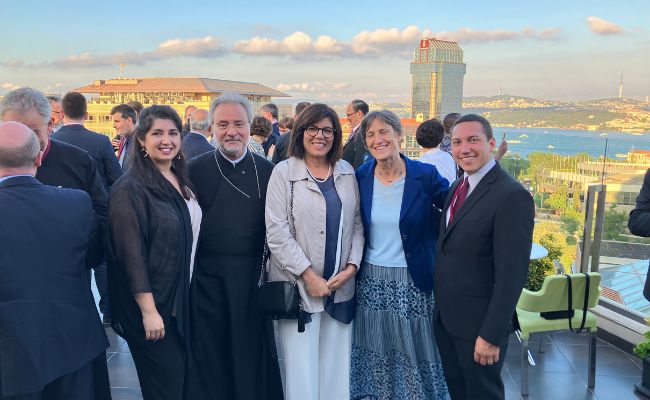 Members of the Department of Inter-Orthodox, Ecumenical, and Interfatih Relations (including Program Coordinator Niki Devaris-Morgulis, Senior Advisor Fr. John Chryssavgis, and Director of Programs Nicholas Anton) at the 2022 Halki Summit in Constantinople. Also featured: Margaret Karram, President of the Focolare Movement, and Angela Caliaro, Co-Chair of the Summit.