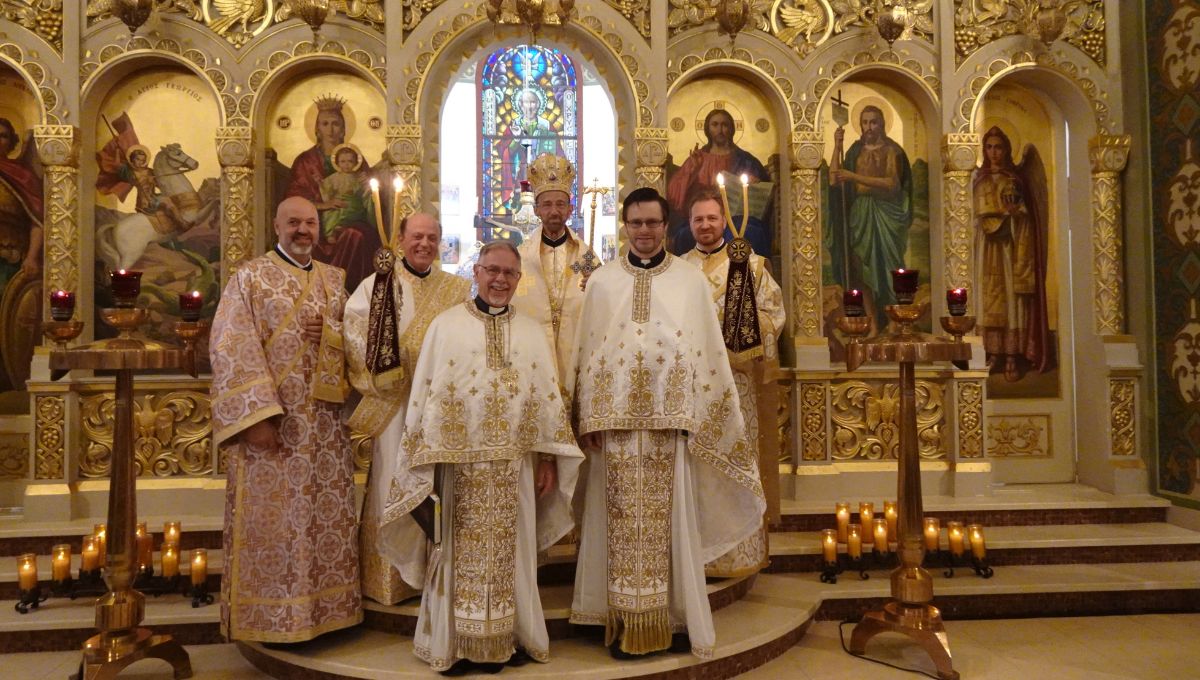 Deacon Michael is a 2021 graduate of Diaconate program at Holy Cross Greek Orthodox School of Theology in Brookline, MA. He was born in Minot, ND, to the late Rev. Father Michael and Presvytera Jennie Makredes, and had the opportunity to live in many different cities where his father was assigned to serve. Deacon Michael has lived in Fresno for 50 years, and has been involved in the community of Saint George ever since, including serving on the Parish Council, singing in the choir, and volunteering for the Greek Food Festival. Deacon Michael studied at the University of Missouri and California State University-Fresno where he earned a Bachelor of Arts degree in Zoology. His professional career transitioned to banking and he was with Wells Fargo for 33 years. After he retired, he worked part-time at Saint Nicholas Ranch and Retreat Center in Dunlap, CA, focusing on enhancing their marketing efforts.

Deacon Michael is married to Diakonissa Phyllis (Kouvitis), and they are the parents of Constantine (Voula), Michael (Tiffany), and Christopher. They are also the proud grandparents of Michael and James, who bring them immense joy!