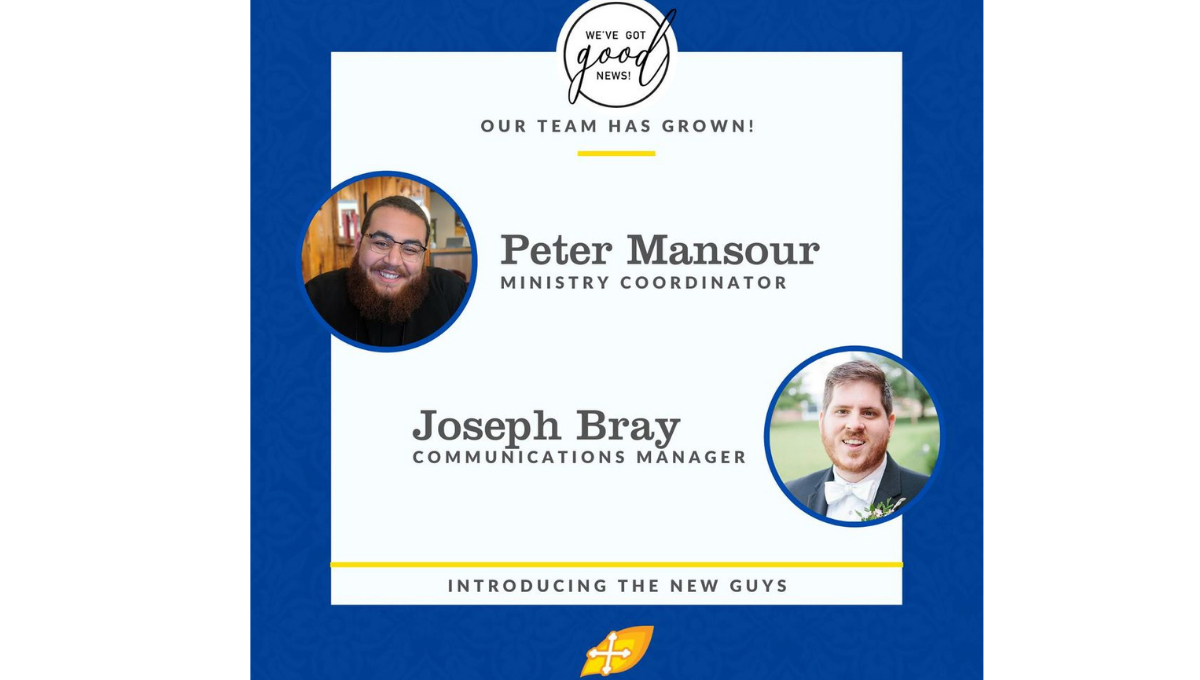 Orthodox Christian Fellowship Team Has Grown
The Orthodox Christian Fellowship team has grown! After an extensive national search we are pleased to announce the hiring of Ministry Coordinator, Peter Mansour, and Communications Manager, Joseph Bray. Peter and Joseph have hit the ground running, working to further the mission of OCF, providing opportunities for college students to encounter Christ. Read their bios below.
Peter began with OCF in July. He is passionate about making Orthodoxy accessible to young people. As a college student, he was an active member of his OCF chapter at the University of Maryland. Peter previously served as the Director for Youth & Young Adults at the Coptic Orthodox Diocese of New York & New England as well as the Director of Student & Young Adult Ministries at Sts. Barnabas & Susanna Coptic Orthodox Church in Baltimore, MD. He is the co-founder of SupportMyService, a nonprofit that seeks to fund various ministry projects in the Church. Currently, he resides in Washington, D.C. with his wife, Sandra, where he volunteers as a Resident Minister at Georgetown University. Peter joins our Ministry team alongside Director of Ministries, Christina Andresen, and Ministry Intern, Anna Korchak.
Joseph joined the OCF team in late June. He previously worked at the University of Tennessee since 2014 in marketing, where he significantly grew social media reach and engagement, designed and built a successful e-commerce platform, and developed partnerships with professional athletes, singers, and actors for strategic brand placement. While at the university, Joseph and his wife, Ashlind, helped lead the local OCF chapter on Rocky Top. He is active in parish life at St. Anne Orthodox Church in Oak Ridge, Tennessee.