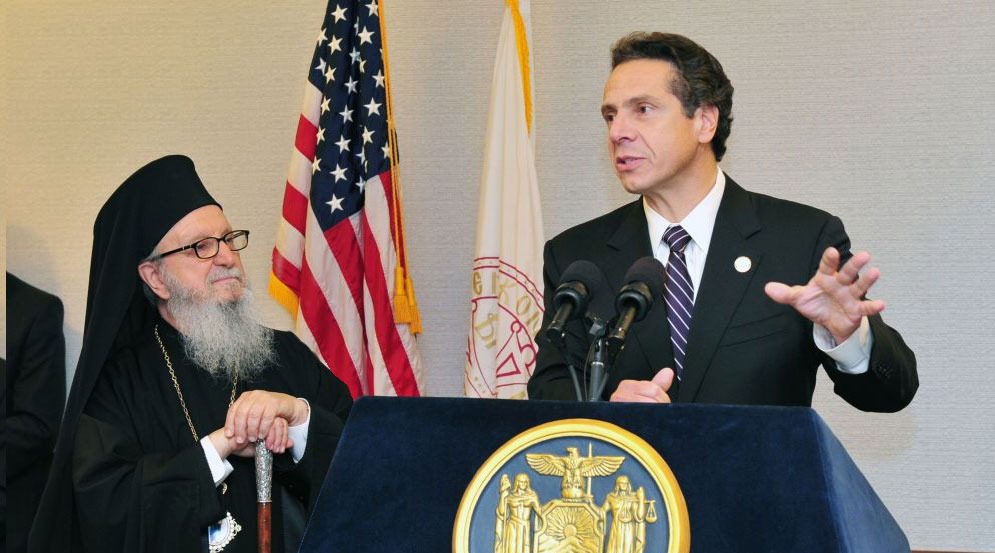 NEW YORK – The Governor of the State of New York Andrew Cuomo, announced yesterday at the Archdiocesan Council meeting, that the final agreement on the rebuilding of St. Nicholas was signed the day before, Oct. 18, 2012 and that the Port Authority would begin construction immediately hoping to complete the foundation in a year and then turn the site over to the Church.

Governor Cuomo made the announcement during the joint luncheon of the Archdiocesan Council of the Greek Orthodox Archdiocese of America and the National Philoptochos Board, which had both convened for their first meeting of the 2012-2014 term in the New York Hilton.

His Eminence Archbishop Demetrios of America welcomed Governor Cuomo and thanked him for being “instrumental” in the process and for “helping St. Nicholas Church be resurrected.”  The Archbishop talked about the transformation of the World Trade Center and said that “when St. Nicholas Church is completed it will be a place of praying, a place of comfort, openness and reconciliation where the relatives of the almost three thousand victims of 9/11 can come and light a candle.” The Archbishop offered to the Governor a symbolic gift, a sterling silver hand-made cross, as “a symbol of sacrifice and love, of loss and gain, of death and resurrection.”

Governor Cuomo accepted the symbolic gift on behalf of all the people of the State of New York and after the announcement praised the perseverance of the Greek Orthodox Church and community and said:

Let me say this on the Church of St. Nicholas though, I applaud you for what you did – the Archbishop has been very kind, (but) I am only doing what I am supposed to be doing. I am doing my job and what I was elected to do. But the fight that you waged for St. Nicholas Church, that went over a decade is remarkable. You faced every obstacle you were told “no”, time after time, after time. You fought the bureaucracy numerous governors, numerous heads of the Port Authority and you wouldn’t take “no” for an answer and you kept coming back and kept coming back… and it is such a beautiful story of the Greek community. Organizing, mobilizing, refusing to give up, refusing to loose. And, what was most beautiful, it wasn’t for you, it wasn’t about a monetary gain, it wasn't because someone was going to be advanced, it was the fundamental belief of the Greek community, which is about community and faith and philanthropy. 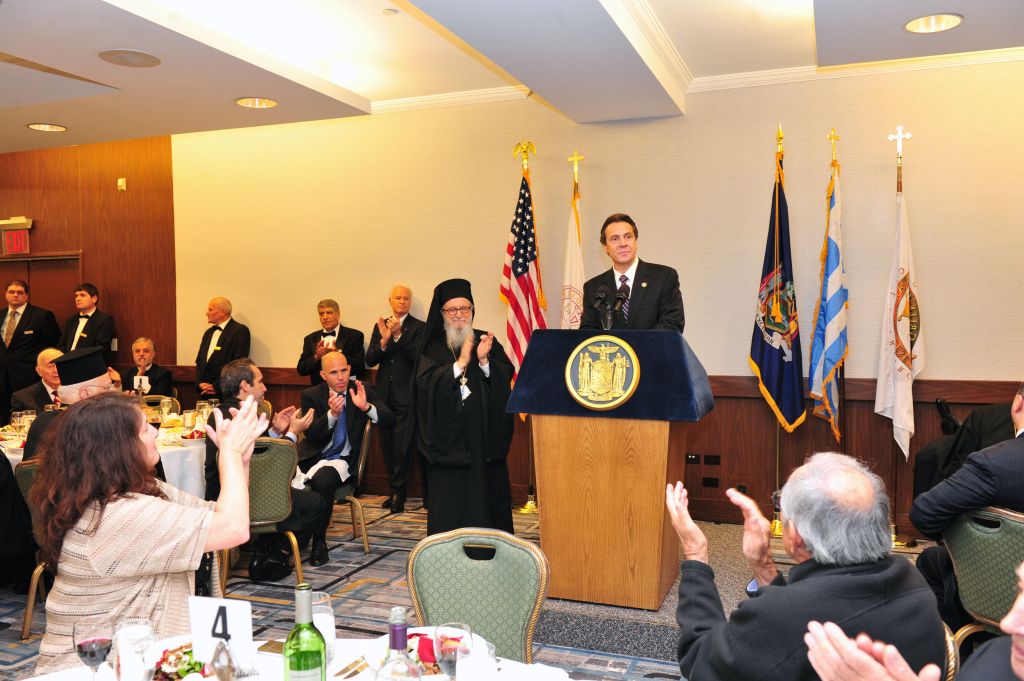 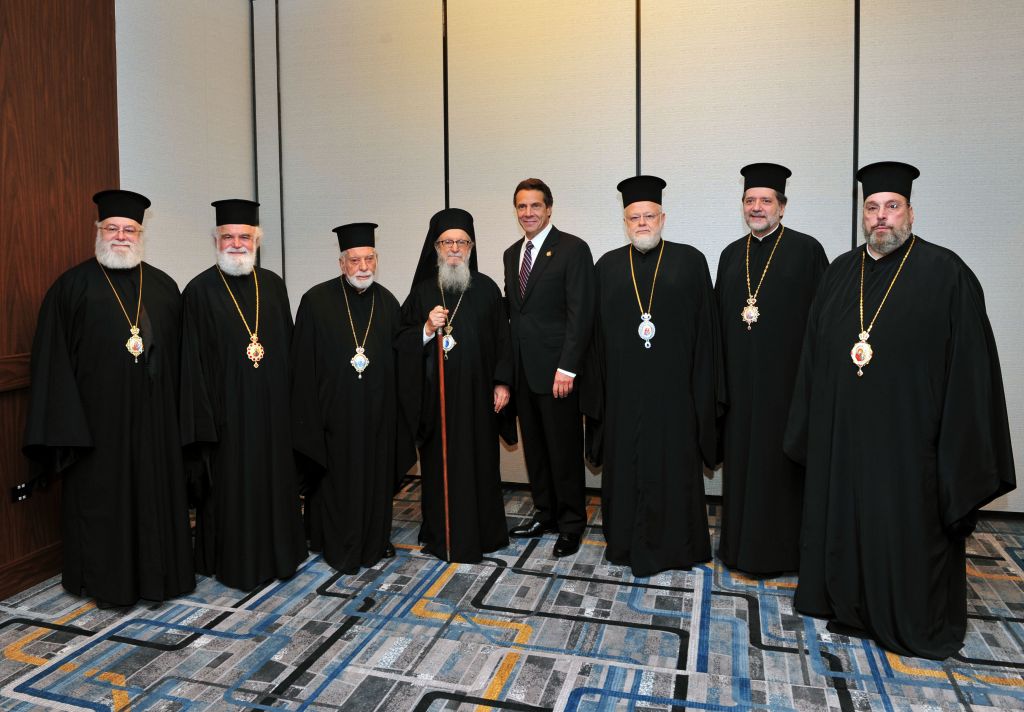