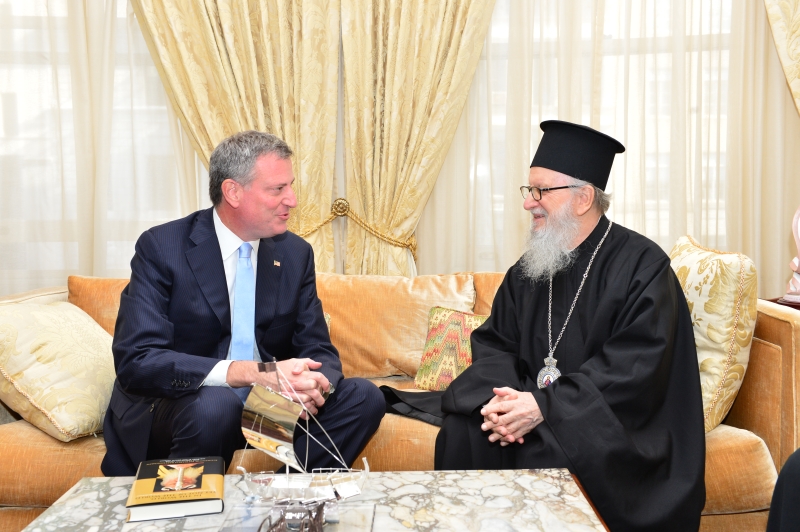 Mr. De Blasio and the Archbishop exchanged views and concerns on many issues of mutual interest for the City of New York, the Community and the Greek Orthodox Church.