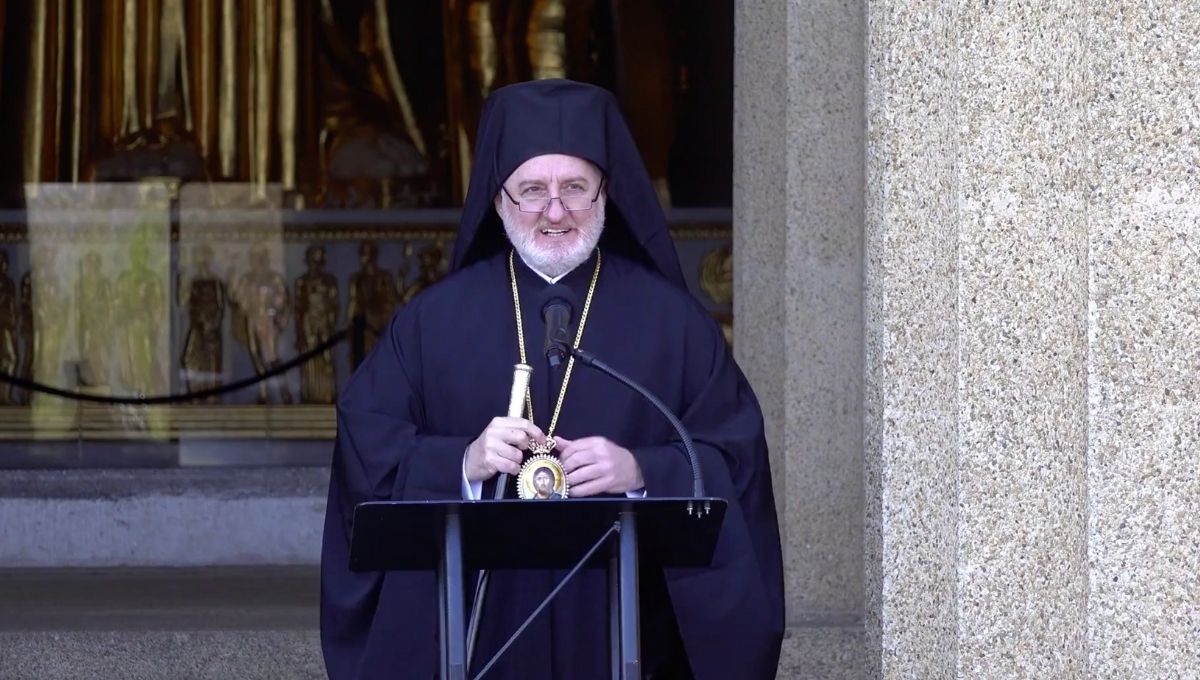 Remarks at the Nashville Proclamation of the 200th Anniversary of the Greek Revolution of 1821, Celebrating Greek and American Democracy

On behalf of the Greek-American Community of the United States of America, and all those who love Greece, I want to thank you and the Citizens of Nashville for this special commemoration of the Bicentennial of the Greek Revolution.

Standing here, in front of the only full-scale replica of the Parthenon in the world, I feel an overwhelming sense of pride. That here in this City – the heartland of America – such appreciation and love for Greece, expressed so manifestly, is deeply moving and inspiring.

Nashville has been called the “Athens of the South,” and it has certainly earned that designation – όνομα και πράγμα, as we say in Greek – in name and fact. The Greek Revival of this city is much more than its past; it is clearly its present as well.

With the Nashville Parthenon, you have created an extraordinary tribute to Classical Greece, complete with the magnificent effigy of Athena Parthenos, the tallest indoor statue in the Western Hemisphere. This alone bespeaks your City’s love of Greece and all that She represents. Not to mention the cupola atop your State Capitol, which I just visited – a distinguished copy of the Choragic Monument of Lysicrates that lies just below the Acropolis.

Furthermore, because this monument of your City, created for your Centennial in 1897, also serves as a museum, complete with casts of the Parthenon Marbles, you are keeping alive the quest to return these historic treasures to the Greek People and to the Acropolis, where they belong. Let Nashville and her Parthenon be the megaphone that tells the world: The Parthenon Marbles deserve to go home! They are the solidified soul of Greece, stone from Her mountains and miracles of Her intellect. They can only be truly honored in their native land.

Today, Mr. Mayor, our presence with you, and the presence of Ambassador Papadopoulou, who embodies the Greek State, is a sign of the bonds of culture, philosophy and faith that connect us, despite the miles from Nashville to Athens.

Your observance of the Revolution of 1821, of the Greek “Fourth of July” that for us is on March 25th, has great significance, Mr. Mayor. Your recognition of the Fight for Freedom that Greece waged for more than a generation, speaks of the values of conscience and self-determination that all people of goodwill embrace.

The Bicentennial of the Greek Revolution appeals to the sensibilities of free people everywhere; for “life, liberty and the pursuit of happiness” are the objects of every citizen, no matter their City or State.

The Greek Heroes of 1821 sought to throw off a yoke of tyranny, endured for four hundred years, and to create for themselves a “more perfect union.”

Greece, the fountainhead of democratic values and the wellspring of Western Civilization, was deeply inspired by the American Patriots of 1776. And it is of note that the struggle to end the slavery of oppression in Greece, also fueled the abolitionist movement here in the United States.

Again, on behalf of the Greek American community – not only here in Middle Tennessee, but around the country – I thank you, Mr. Mayor, and the citizens of Nashville for this honorable observance today.

Thanks are due as well to His Eminence Metropolitan Nicholas of Detroit for his presence; to my good friends, George and Lee Ann Anderson, for their wonderful and, indeed, legendary Southern Hospitality; to Butch Spyridon and his team; and to the Holy Trinity Greek Orthodox Church for its warm and heartfelt welcome.

As you know, this is my first visit to Nashville, and you have all made it a most memorable one. But it will not be the last. May God bless this City and keep you in safety, good health and spiritual prosperity.