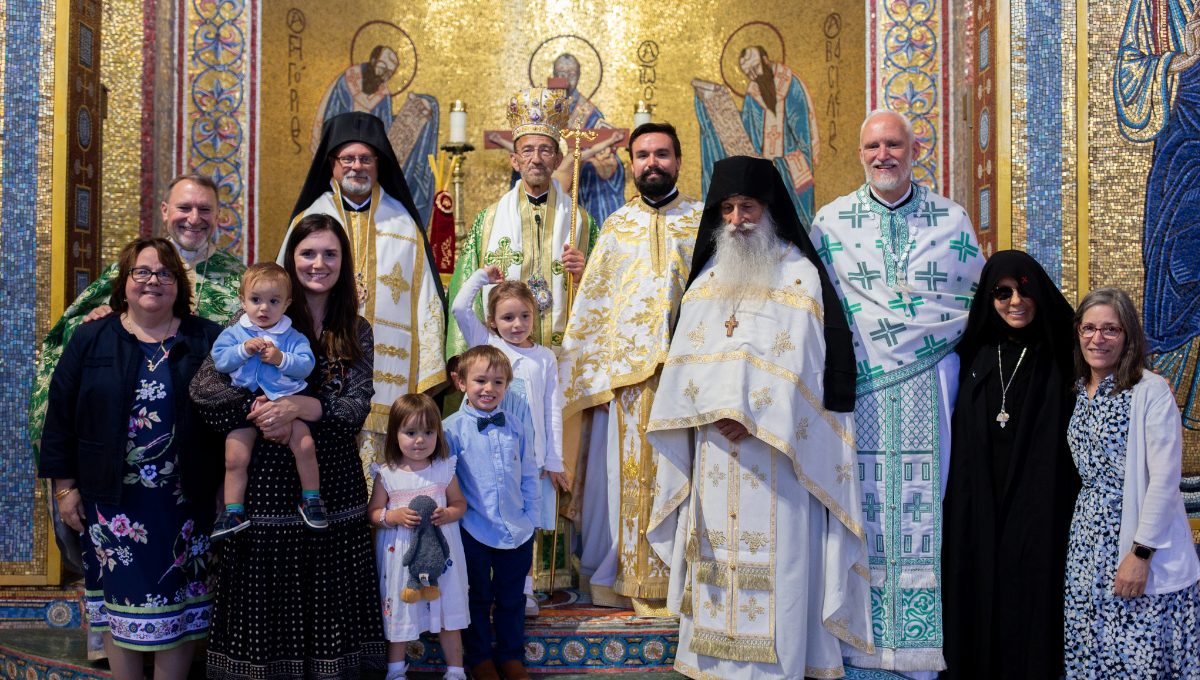 Holy Trinity Greek Orthodox Church in San Francisco, CA welcomed home Nicholas Metrakos for his Ordination to the Holy Diaconate on Holy Pentecost Sunday, June 20, 2021 and to the Holy Priesthood on the Monday of the Holy Spirit, June 21, 2021, through the laying on of hands by His Eminence Metropolitan Gerasimos of San Francisco. Also participating in the services were His Grace Bishop Ioannis of Phocaea (Metropolis Chancellor), Rev. Father Aris Metrakos – Proistamenos at Holy Trinity in San Francisco and Father Nicholas’ father, Rev. Father Photios Dumont – Proistamenos at Saint Demetrios Greek Orthodox Church in Seattle, WA and father-in-law to Father Nicholas. Between the Diaconate and Priesthood ordinations, over 30 clergy from throughout the Metropolis and beyond joined in prayer including Father Paisios – Abbot of Saint Anthony Monastery (Florence, AZ) and Father Stephen (Abbot of Holy Cross Bulgarian Orthodox Monastery (Castro Valley, CA), along with Gerontissa Markella from Monastery of the Theotokos the Life Giving Spring (Dunlap, CA), and Mother Melania from the Holy Dormition OCA Monastery (Calistoga, CA).

Father Nicholas is a 2021 graduate of Holy Cross Greek Orthodox School. He also holds a Bachelor of Science degree in Biomedical Engineering from the University of South Carolina.

Prior to enrolling in Holy Cross, he had a career in biomedical engineering doing research in cancer diagnostics and medical devices, and later in quality assurance and program management. At the parish level he was also very involved various aspects of ministry including Parish Council, chanting, Greek dance director, and chaired various events and activities at the parish. He has served on the Management Team for the Metropolis of San Francisco Folk Dance and Choral Festival, as was Managing Director in 2012.

Father Nicholas has been instrumental in assisting Hellenic College Holy Cross with various administrative projects related to the accreditation process, and currently serves as Director of Institutional Research and Assessment. When that position concludes in 2022, he will be assigned as the Assistant Priest at Holy Trinity Greek Orthodox Church in San Francisco, CA.

Father Nicholas married Presvytera Anysia (Dumont) in 2014. She earned a Bachelor of Arts  degree in Classics from the University of Washington, and a Ph.D. from UC Berkeley in Ancient History and Mediterranean Archelogy. They have four children: Katerina, Aristides, Vasileia, and Photios. 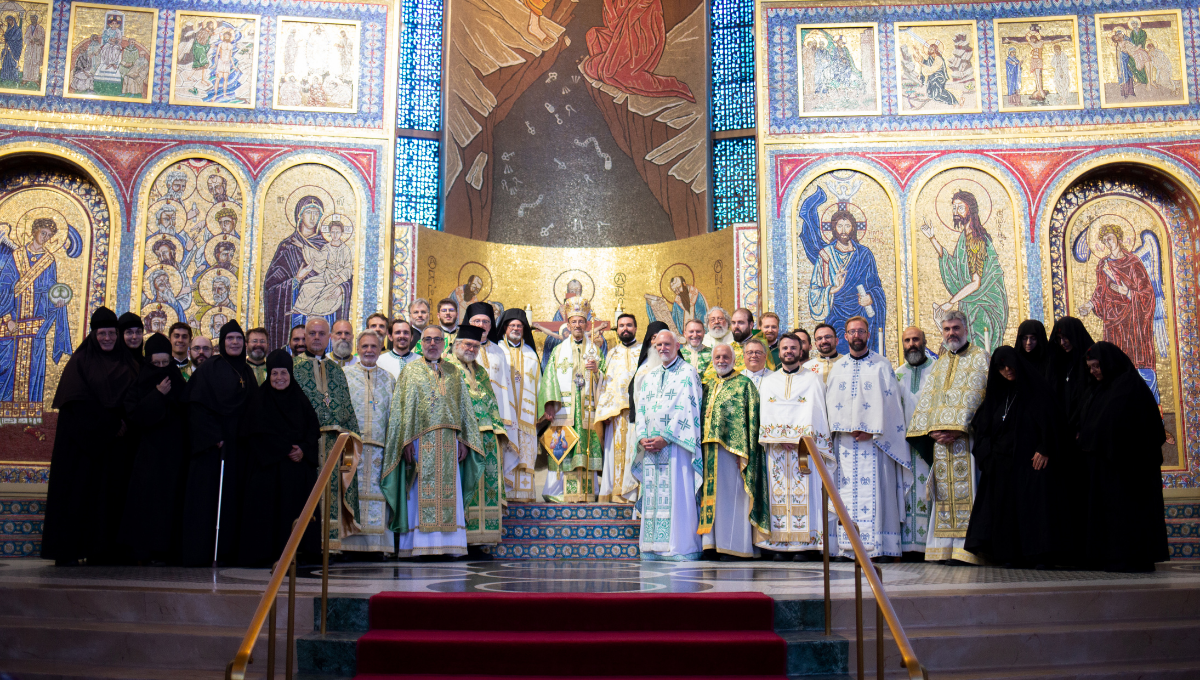 Father Nicholas and Presvytera Anysia Metrakos and family with his parents – Father Aris and Presvytera Valerie Metrakos, and in-laws Father Photios and Presvytera Katherine Dumont, along with Father Paisios – Abbot of Saint Anthony Monastery (Florence, AZ, and Gerontissa Markella – Abbess of the Monastery of the Life Giving Spring (Dunlap, CA).

His Eminence Metropolitan Gerasimos of San Francisco and His Grace Bishop Ioannis of Phocaea with the newly ordained Father Nicholas Metrakos, along with visiting clergy and monastics who joined in prayer on this special day.