Memorial Service Held in Chapel of St. Paul for the Late Mary Pappajohn, Life-Long Supporter of the Church

Print Memorial Service Held in Chapel of St. Paul for the Late Mary Pappajohn, Life-Long Supporter of the Church 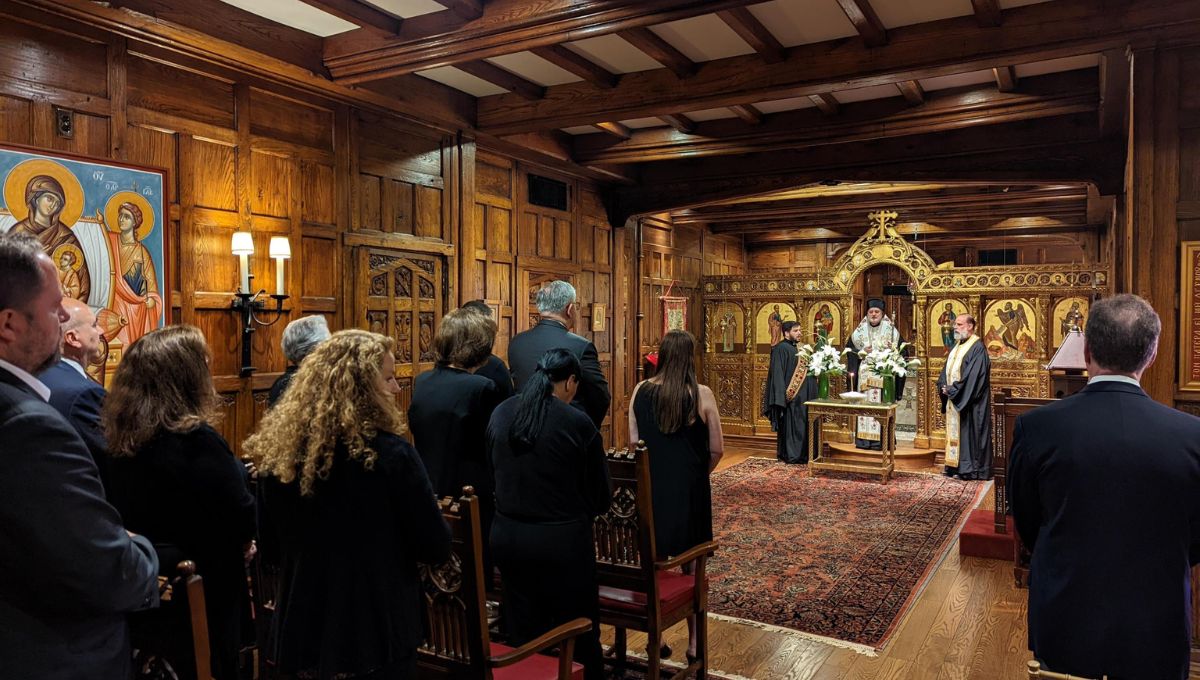 Memorial Service Held in Chapel of St. Paul for the Late Mary Pappajohn, Life-Long Supporter of the Church

On Tuesday, May 10, Archbishop Elpidophoros offered a Memorial Service in the Archdiocesan Chapel of Saint Paul for the repose of the soul of the departed servant of God, Mary Pappajohn. In attendance were family and friends of the deceased, as well as Archdiocesan staff members.

Mrs. Pappajohn, who passed away in March 2022,  was a native of Minnesota and a parishioner of the Saint George Orthodox Church in Des Moines, Iowa. She was also a supporter of the Holy Transfiguration Greek Orthodox Church in Mason City and her hometown parish of Saint Mary's Greek Orthodox Church in Minneapolis. She was also a member of the Archbishop Iakovos Leadership 100 endowment and a major supporter of the Saint Nicholas Church and National Shrine at the World Trade Center. Together with her husband John, she contributed generously to a number of charities, and has been recognized for her philanthropic efforts with numerous awards and honors, including the Meredith Wilson Heritage Award, the Des Moines Bravo Award, the Des Moines Art Center Gala Honoree, the Hellenic Times Humanitarian Leadership Award, the State of Iowa Philanthropist of the Year, and the National Philanthropist of the Year for the Arts.