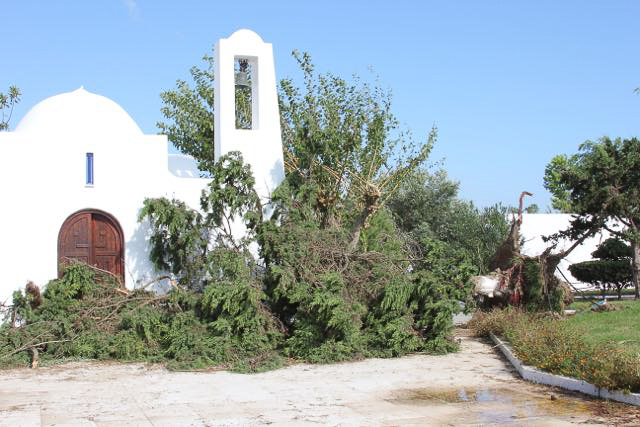 New York – Following the initial news of destruction at the Ionian Village Camp facilities, the Greek Orthodox Archdiocese of America announces today with sadness, that in the early morning of Thursday, September 8th, the campus of the Ionian Village Camping Program in Vartholomio, Greece, sustained massive damage from fierce tornadoes that hit the area in and around the camp.

The summer programs of Ionian Village had concluded earlier in August and thankfully there were no campers or staff present. All the local staff that works at the camp, including the Nastoulis family, is safe and accounted for. 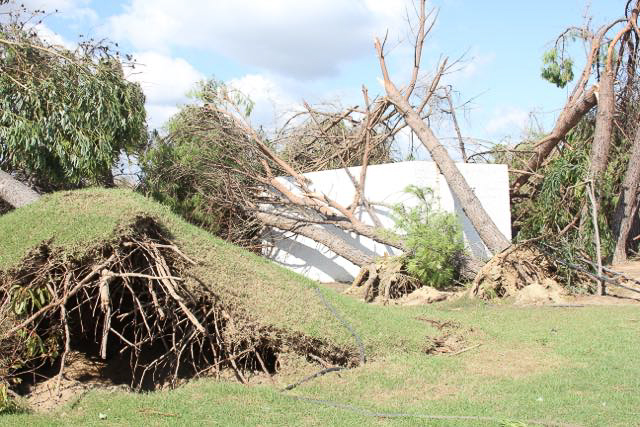 The devastation at the camp is extensive, as is evident from the pictures attached. The physical buildings and facilities of the campus have suffered substantial damage, and hundreds of trees have been either toppled or completely uprooted. While the Chapel of Saint Iakovos sustained only minor exterior damage, the area known as “The Pines,” the home to the unique Ionian Village Orthodox Life program, has been mostly destroyed.  Extensive damage was also incurred at other major areas including the pool, the camper cabins, the cafeteria, the arts & crafts area, and the area behind the camp where the camp animals lived. The Archdiocese is currently working with both construction professionals and engineers to not only assess the visible damage but also to further investigate any structural damage that may have occurred.

In response to the outpouring of support and offers of assistance from many campers, parents and faithful stewards of Ionian Village, the Archdiocese had initiated a fundraising campaign to assist in the rebuilding efforts.  All funds donated to this campaign will go directly to the immediate clearing, repair and rebuilding of the Ionian Village campsite.

Your donation to the rebuilding efforts at Ionian Village is an investment in one of the most successful and vital ministries of our Archdiocese and will ensure that the next generation of campers will experience the life-transforming work that has been done at this Christ centered ministry for over 46 years.