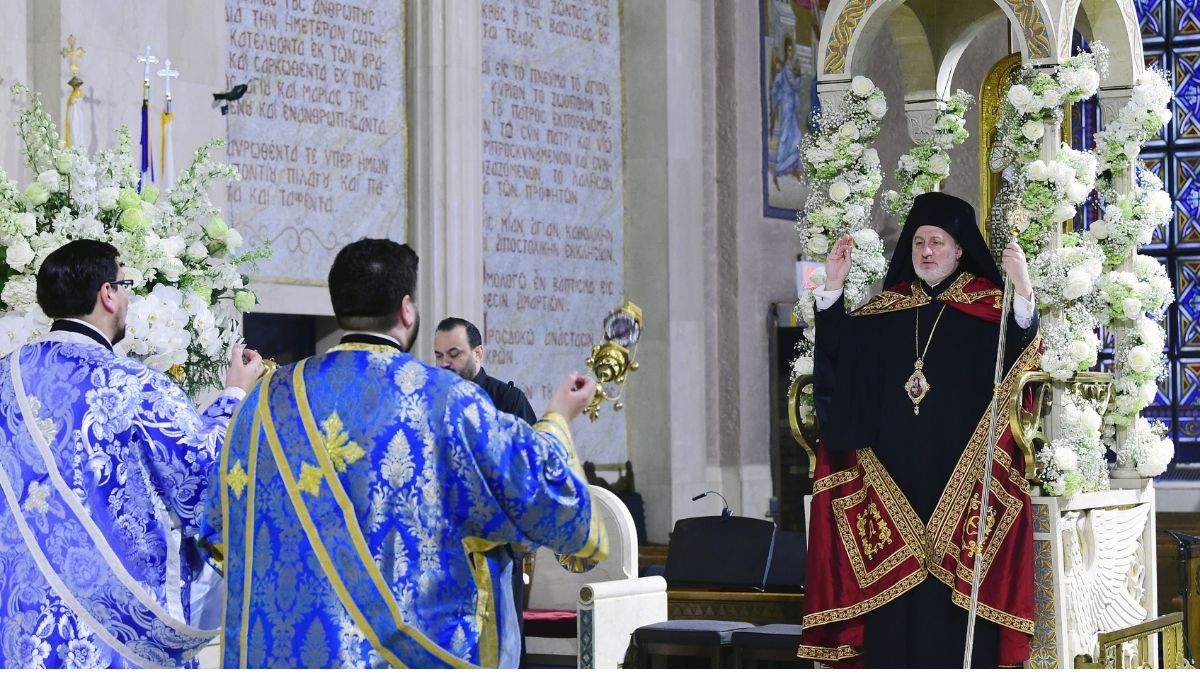 The glorious Feast of the Annunciation of the Theotokos is the annual, joyful, commemoration of the Rebirth of the Greek Nation. This year, on the very day we praise the incarnation of the Son of God, we celebrate the Bicentennial of the Greek Revolution of 1821, the beginning of the War for Independence, and the restoration of freedom after four centuries of oppression.

The glad tidings of the Archangel Gabriel to the Virgin Mary, “Rejoice, O Full of Grace,” were the beginning of the liberation and redemption of every human person, the invitation into communion with God. For the Heroes of 1821, this day was the rallying cry to freedom, for if ever there was a People full of God’s grace, it is the Nations of the Hellenes.

Greece has been blessed for thousands of years to be a most precious repository of treasures of wisdom, spiritual knowledge, and the enlightened giants upon whose shoulders the rest of the world has raised its horizons. This noble country is the womb from which Western Civilization was born: Philosophy, Politics, Reason, Drama, Music, Athletics, and the whole host of virtuous human endeavors. The renewal of Democracy that began in Athens, five hundred years before the Birth of our Savior, was born again in Greece. The Rebirth of the Nation in 1821 was a cause for worldwide rejoicing, as it coincided with other nations throwing off their own yokes of tyranny.

We turn the eyes of our hearts, with deep emotion and gratitude, to the Nation whose titanic struggle and blood-soaked sacrifice redounded to the benefit of every Greek today, whether of Greece itself, or the Diaspora. As we bend our knees before the Holy Icon of the Virgin, we bend the knee of our heart before the sacred offering of our spiritual and National forebears. The immortal martyrs of 1821 understood fully what their forefathers, the Heroes of the Battle of Salamis knew 2,300 years before, that Νῦν ὑπέρ πάντων ἀγών – “Now is the fight for everything!” (Aeschylus, The Persians, 405). The Twenty-fifth of March is not only the anniversary of the Rebirth of the Nation, it is the symbol of the immortality of the Greek People. It is a shining star in the constellation of illustrious achievements of the Greek People throughout their glorious history.

Brothers and Sisters in Christ,

With gratitude to the Ὑπέρμαχος Στρατηγός of the Nation and of the Church, today we offer up a special prayer and doxology all across our Holy Archdiocese of America. These have been specifically composed for this Two-Hundred Year Anniversary, in gratitude to God for the rich mercies with which He has so abundantly graced us. Therefore, let us weave a wreath of victory from the valiant deeds of our warrior ancestors, and crown their sacred memory. May we always be worthy of the freedom they gained with their lives, and give thanks unto God, for His mercy endures forever.

With paternal love in Christ Jesus,