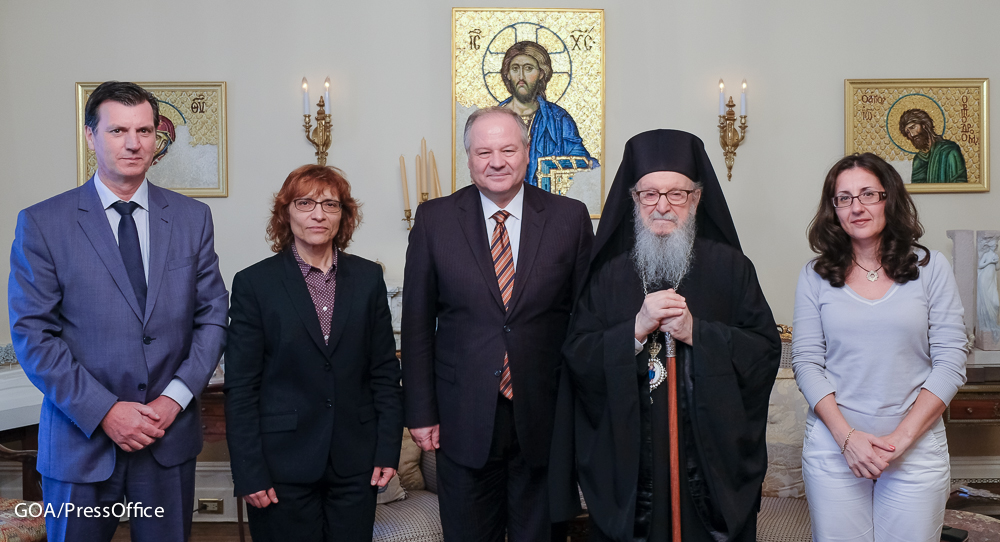 NEW YORK – The leadership of the Greek Police who are visiting the United States for official business paid a courtesy visit today to His Eminence Archbishop Demetrios, Geron of America.

The Chief of the Greek Police Lieutenant General Konstantinos Tsouvalas led the delegation that consisted of Lt. General Zacharoula Tsirigoti who is the Inspector General for Aliens and Border Protection, Colonel Aristidis Stamoulis, Chief of the National Interpol Office and Hariklia Katsarelia, Interpreter of the Directorate for International Police Cooperation.

Chief Tsouvalas explained to His Eminence the purpose of their trip, their various official meetings in Washington, DC and in New York as they relate to the many challenges of the complex police work in Greece.

Archbishop Demetrios expressed his, and the Omogeneia’s respect, support and gratitude for the many contributions of the police in Greece, New York and the United States in general. The Archbishop informed the Greek Police delegation about the numerous Greek Orthodox members in the New York Police Department making reference to the numerous interactions of the Church with police officers especially after the events of September 11, 2001; and in many church functions around the country.