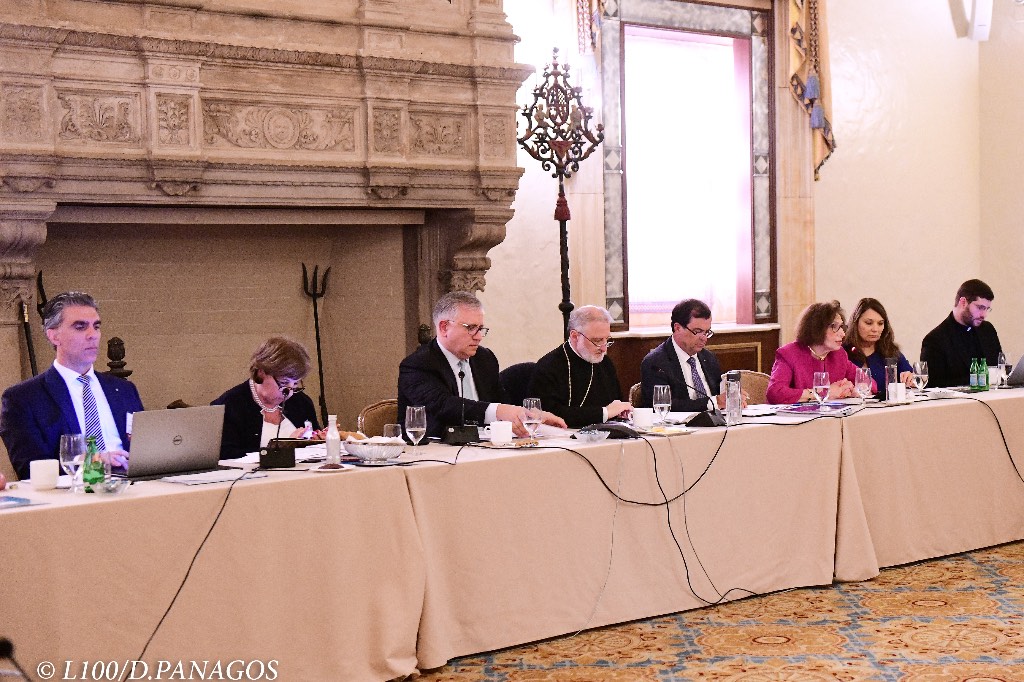 L100 Board of Trustees

The Leadership 100 Board of Trustees, in a historic vote, approved a total of $8.2 million in grants, including a grant of $5 million toward the St. Nicholas National Shrine and $3,174,158 million in additional grants, bringing the total of grants distributed since the founding of Leadership 100 to $60 million. The vote took place on Wednesday, February 19, 2020, at the 29th Annual Leadership 100 Conference in Palm Beach, which concluded on Sunday, February 23, according to Chairman Argyris Vassiliou.

“We wanted to respond to the priorities of His Eminence Archbishop Elpidophoros by offering the fullest participation possible in supporting the St. Nicholas National Shrine and ministry. Our action demonstrates the support of Leadership 100 in ensuring the realization of this significant national symbol for our Church and our Nation,” Vassiliou said.

In addition to the required Executive Committee approval of all grants, the decision was made to submit the St. Nicholas grant to the full Board of Trustees for their support because of its significance.