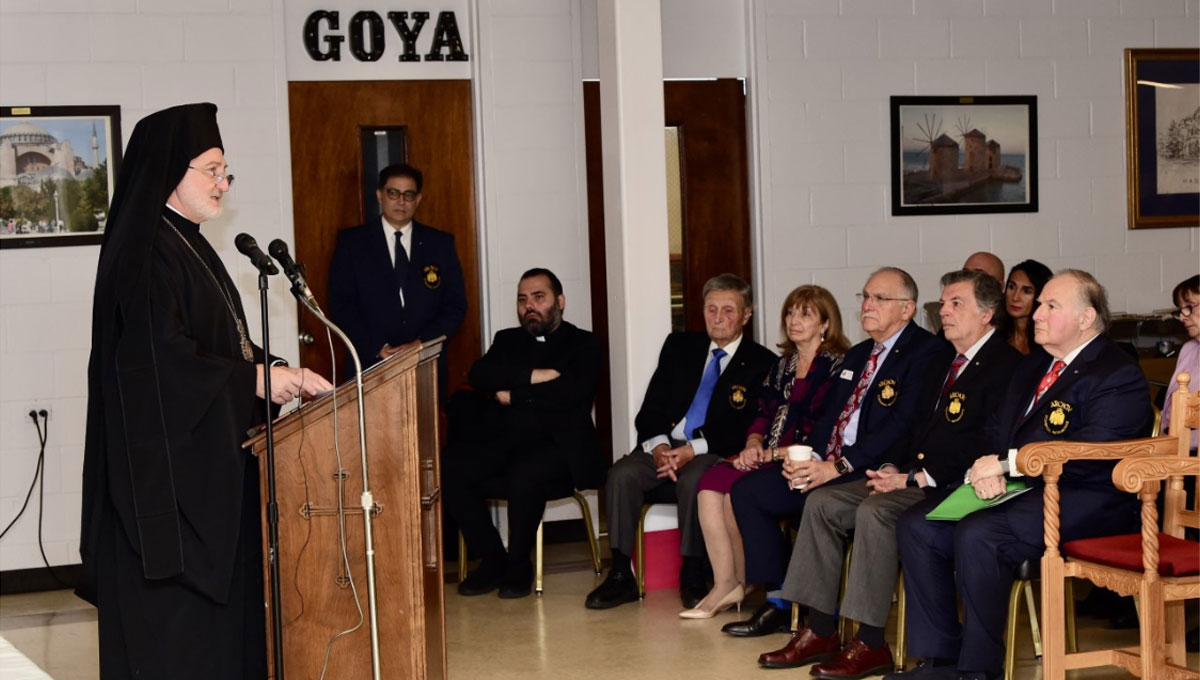 The Ecumenical Patriarchate under the Ottomans and

The Ecumenical Patriarchate and the

Great Catastrophe of 1922: History and Legacy

Your Grace and Reverend Fathers,

Being with the Order of Saint Andrew is always an appealing prospect for me. And today’s presentation and presenter are especially engaging, in light of the One Hundredth Anniversary Year of our Sacred Archdiocese as the premier Eparchy of the Ecumenical Patriarchate in the Diaspora.

I will leave the elaborations to come to Professor Papademetriou, but I would offer the following by way of introduction. The resilience of our Holy Mother Church has been extraordinary through the ages. Not only in the age of the great Christian Emperors, whose own ambitions often strained relations with Church Hierarchy, but through the period of imperial decline.

The dissolution of the bonds between East and West with the traditional dating of the Great Schism in 1054. The loss of Eastern Anatolia forever after the defeat at Manzikert in 1071. The devastation of the Fourth Crusade in 1204. And as heroic as the Palaiologan Dynasty was, the inexorable rise of the Ottoman Empire and the Fall of the City on Tuesday, May 29, 1453. All of these dates come together to configure the course of the Ecumenical Patriarchate, but they do not define it.

Our Mother Church has always possessed the patience and faith to continue its spiritual mission under any circumstances. The period under Ottoman rule was difficult and at times very turbulent, but the Ecumenical Patriarchate found its path to service for the entirety of the Church. Whether it was keeping the Ancient Patriarchates of Alexandria, Antioch, and Jerusalem viable, or negotiating the futures of Slavic Orthodoxy, or maintaining the aspirations of Greeks through a long period of occupation, the Holy Great Church of Christ never failed to live up to Her highest self.

As we will surely hear from Professor Papademetriou, even the Asia Minor Catastrophe – which might have obliterated a weaker institution – became an opportunity for outreach and evangelism throughout the Diaspora. We should never discount the Magnalia Dei – the wondrous acts of God that accompany the Church on Her earthly sojourn. Even the greatest defeats can open doors unforeseen and unexpected. The difference is a matter of faith. And the faith of the Great Church – even in Her captivity, as the late Sir Steven Runciman put it – has never faltered.

Therefore, I commend this Regional gathering of Archons for their interest in these timely matters, and for sponsoring this Symposium.

The work of the Mother Church never ceases, and even now, She continues to engage on every level on behalf of the independence, security and autocephaly of the Orthodox Church of Ukraine and all Ukrainian Orthodox, who have now shielded themselves from the disastrous course of the Moscow Patriarchate.

What has been revealed through the centuries – in times of great pressure and exertion – is that the Phanar, our Mother Church of Constantinople, remains a powerful force even with all Her constraints. She is the instrument of God to regulate our Holy Church, and as such, is integral to every movement of Orthodoxy around the world.

With gratitude, then, and with appreciation for all that has gone into today’s program, I welcome the course of this day, so that we may better behold the course of the future.

May the Lord bless us always!