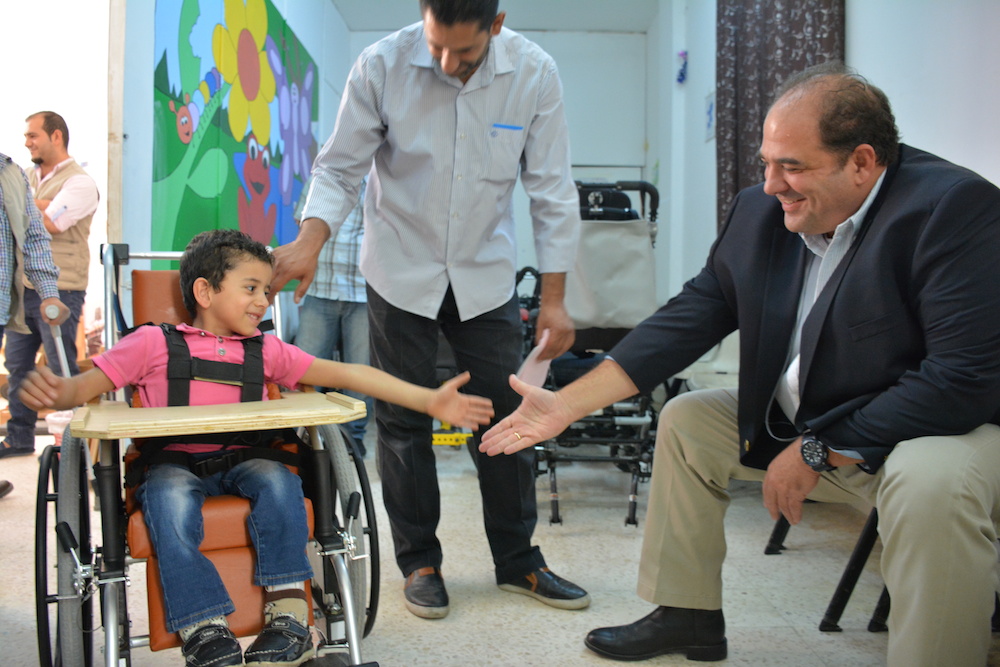 Baltimore, MD (January 24, 2018) – As many contemplate New Year’s resolutions to take better care of their health, International Orthodox Christian Charities (IOCC) continues its ongoing work to offer underserved communities and families worldwide the tools needed to do precisely that.
In addition to emergency relief, IOCC, the humanitarian agency of the Assembly of Canonical Orthodox Bishops of the United States of America, also offers projects that help meet such basic needs as nutritious food, safe water, and medical care for people facing hardship. While improving one’s health is a much-discussed topic especially during the month of January, IOCC’s programming addresses health issues in one way or another, directly or indirectly, year round.
Improved health can be the first step toward better overall quality of life. From training healthcare workers in Ethiopia, Lebanon, and Jordan to clearing out flooded homes on the US Gulf Coast to prevent mold; from supporting churches and families in growing fresh produce for their tables and for market to providing glasses and hearing aids to children who need them—all these efforts help make better health available to more people, one person and one household at a time.
“This is the time of year when many of us are thinking about a fresh start,” said IOCC’s Executive Director and CEO Constantine M. Triantafilou. “IOCC aims to offer this to those in need, as well—a chance for better health, and hope for improved overall well-being—and we do it year round.” IOCC’s portfolio in the health sector includes services for persons with disabilities, training for healthcare workers who serve them, nutrition-awareness workshops on mother-child health, drilling wells to serve schools and surrounding communities, school-feeding programs, and providing medical supplies to hospitals, among other programming.
IOCC, the humanitarian agency of the Assembly of Canonical Bishops of the United States of America, was created in 1992 in response to the collapse of the Soviet Union and to support innocent people affected by the conflict in the former Yugoslavia. Today, the organization applies its expertise in humanitarian response to man-made and natural crises in Europe, Africa, the Middle East, and the United States. The organization has, since its founding, distributed aid worth over $625 million in more than 60 countries around the world, and offers assistance based solely on need.