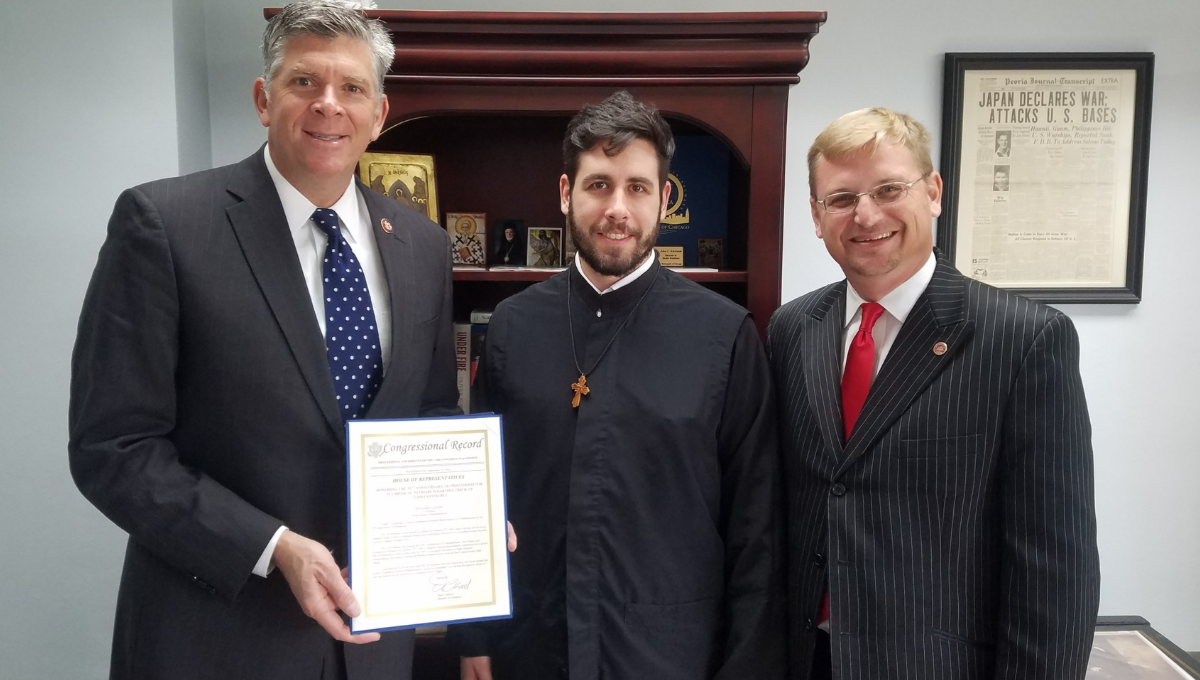 PEORIA, IL – On June 24, 2021, Congressman Darin LaHood (IL-18) of Illinois stood before the United States House of Representatives to recognize the historic October 22nd 30th Anniversary of the Elevation of Ecumenical Patriarch Bartholomew, spiritual leader of Eastern Orthodox Christians throughout the world.

"I would like to honor and recognize Ecumenical Patriarch Bartholomew of Constantinople on the historic 30th Anniversary of his election on October 22nd, 1991, and his elevation on November 2, 1991, as the 270th Archbishop”.

The Congressional Record notes the biography of the Ecumenical Patriarch and his recognition and standing as a worldwide leader, highlighting his leadership "in the quest for world peace, greater religious understanding and respect for the Earth's environment."

The statement by Congressman Darin LaHood ends with, "I am grateful for all the good that His All Holiness does for Americans and those around the world. Ecumenical Patriarch Bartholomew serves as a reminder to us all that the positive efforts of just one person can be beneficial to countless lives of others."

Greek Orthodox parishioner and Tazewell County Clerk John C. Ackerman noted his appreciation of Congressman Darin LaHood for this official recognition by the United States Congress of Ecumenical Patriarch Bartholomew. Recently the Illinois House of Representatives displayed their recognition of this upcoming 30th Anniversary by declaring October 22nd, 2021 "Ecumenical See of Constantinople Day" throughout the State of Illinois. That effort sponsored in the Illinois House of Representatives by Representative Tim Butler (R) of Springfield, Illinois.

Ackerman stated that he intends to send the official Congressional Record to His Eminence Archbishop Elpidophoros of America, requesting His Eminence deliver it to His All Holiness Bartholomew of Constantinople.