Print Sunday of the Translation (Repose) of Saint John the Theologian 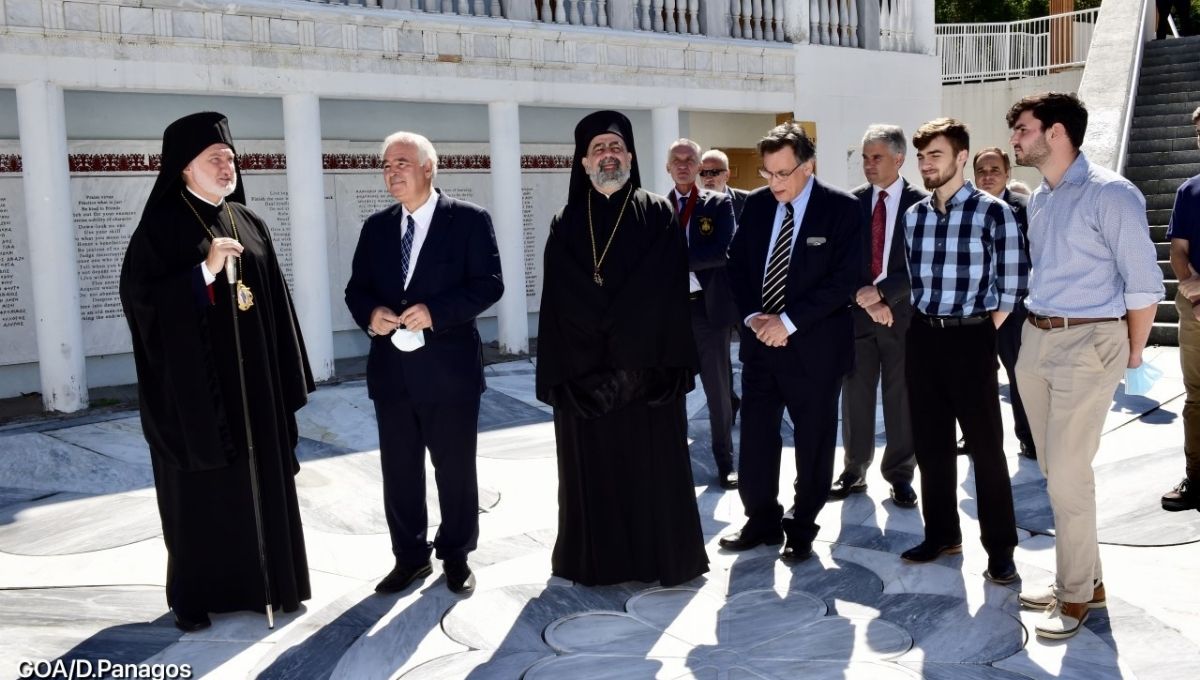 Sunday of the Translation (Repose) of Saint John the Theologian

Dear brothers and sisters in the Lord,

What a pleasure it is to worship with you today, here at this precious Chapel of the Three Hierarchs. This wonderful Byzantine Church helps to form the core of the Center for Hellenic Studies Paideia here at the University of Connecticut. The dedication of this Chapel to Saints Basil the Great, John Chrysostom, and Gregory the Theologian, is a testimony to the rich heritage of learning and divine wisdom that our Orthodox Church embodies.

The Three Hierarchs bear witness to the best use of reason, and of the splendid qualities of νοῦς found in every human being. Two of them were graduates of the Academy of Plato, and the other, the Golden-Mouth, studied with the greatest rhetorician of his day. This Chapel speaks volumes about our Faith and our Culture, and if I am not mistaken, it is the first and only Greek Orthodox Chapel in an American State University.

Today, following the Divine Service, we will have the opening of the Spartan Museum and the Greek Theater Program.

We shall do this to commemorate the Bicentennial of the Greek Revolution and the Two Thousand and Five Hundred Year Anniversary of the Battle of Thermopylae. I shall have more to say about both later today, but there is an important connection of both these events with our Service today.

In most instances, when we speak about courage or bravery, we think that these are the opposite of fear. But in the Epistle reading of today’s Feast – the repose of Saint John the Theologian – the same John teaches us something different, something more nuanced. He says:

There is no fear in love, but perfect love casts out fear...[1]

Indeed, my friends, the opposite of fear is love.

Why is this so? Because, what is seen as valorous courage in the face of overwhelming odds, is only truly comprehensible if you understand the underlying truth of love.

It was love of country, love of faith, love of culture, love of language, and love of their fellow Greeks, that inspired the Heroes of 1821 to be those heroes. And it was love of Sparta – their homeland – that led Leonidas and his comrades to be commemorated by the immortal words of the epigram of Simonides:

that here, obedient to their commands, we lie. [2]

In both cases, it was deep and abiding love for their country and their fellow countrymen that produced in their hearts the courage and sheer audacity to fight in the case of hopeless odds.

For the Spartans of Thermopylae, it was always clear to them that they would ultimately lose the battle, but their love won the war. Their love was consummately sacrificial to the death. Nearly five hundred years before the birth of our Lord, they knew Thermopylae would be their Golgotha. But they were undeterred, because their love compelled them on.

And for the Heroes of 1821, how did such a small band of rebels dare to challenge the enormous might and overwhelming control of the Ottoman Empire? Yet, they were as undeterred as their Spartan ancestors. There is indeed something to be learned in the heart of the Peloponnesos.

In our own days, when fear seems to be noised from sun up to sun down, and anxiety torments our minds, let us cultivate our love for God and love for one another.

This is the answer to the angst of modern life, and to the worry that assaults us through our daily newsfeeds.

Let us look to the heroes of the past, and be inspired by their sacrificial love for each other, and for something higher than themselves. We possess the greatest good of all – God Himself, Who is love. [3]

Thus, we shall be strengthened and meet every challenge of life with courage and fortitude. For as the Scripture says: