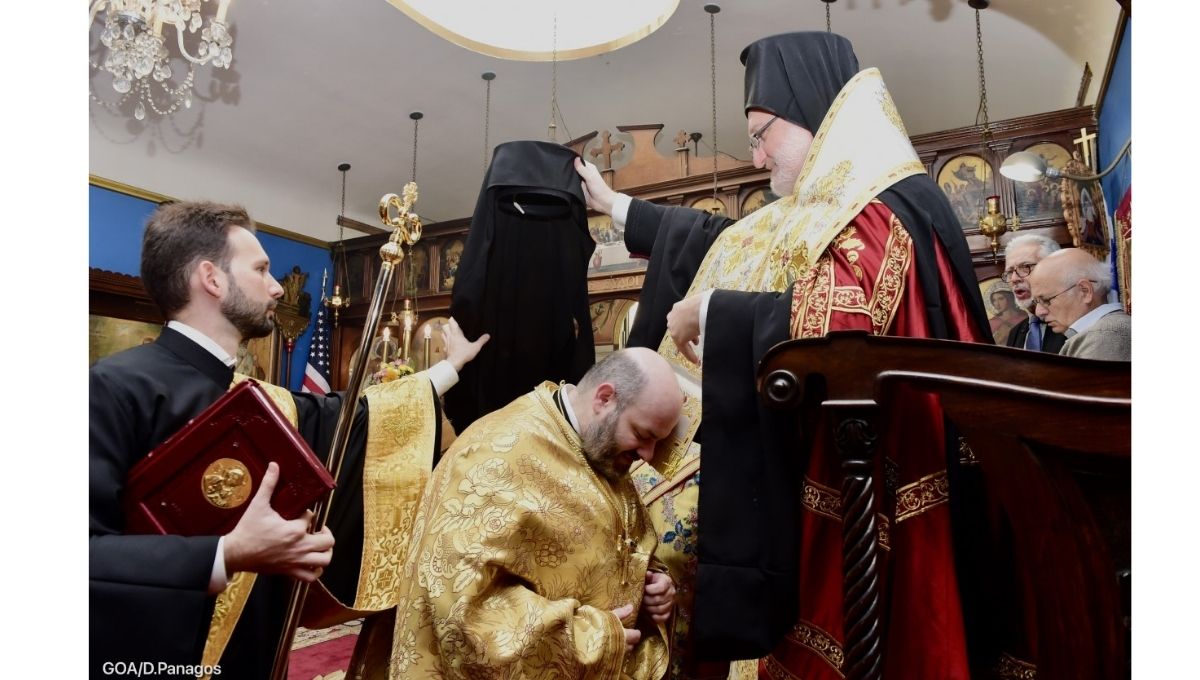 Homily at the Divine Liturgy

Beloved brothers and sisters in Christ,

This morning we are gathered to pray and worship together, but also to come to an understanding about the meaning of faith – the dynamic of believing. Your community of Saint John the Baptist here in the Grammercy quarter of the City is a precious jewel in the crown of our Sacred Archdiocese, and I am very happy to be with you and your priest, Father Ioannikios, whom we will elevate today to the rank of Archimandrite, as an honor to him, but also, as an honor to all of you.

This morning’s Gospel reading speaks to an issue for every Christian – namely, what it is to believe, and how faith impacts our lives. We speak of faith all the time, but do we really appreciate what it is and how it affects us?

In the Creed, we say Πιστεύω, but this is not merely making an intellectual statement about God. We are making an affirmation of our connection to God. The Greek, Πιστεύω, which we translate as “I believe,” could also be rendered as, “I trust,” – or “I have confidence,” – or “I have faith.” If you think of it in this way, you begin to see just how many facets are on this diamond of what we call, faith.

In the story of the Blind Man crying out after Jesus, we see faith in action, and belief as connection. This blind man, whom the Gospel of Mark identifies as “Blind Bartimaeus, [which means] the son of Timaeus,”[1] had not been born blind, but rather had become so at some point in his life. When he hears that Jesus is passing by, he starts shouting out at the top of his lungs:

What must have been going through this man’s mind at that moment?! He obviously had heard something remarkable about the Rabbi from Nazareth. I wonder what stories reached his ears. But his eyes were sealed shut, so he could not find his way to the Lord.

What follows is a sad commentary on what happens in the life of the Church from time to time. Rather than encouraging Bartimaeus, the Disciples try to silence him! They see this blind man as a nuisance to their Master, a troublemaker, who is disrupting their journey.

But what Blind Bartimaeus was doing was connecting the only way that he could – by being heard. He knew that the Lord Jesus was the Light of the world, Who could reignite the sight of his eyes. This might be his only opportunity, and he was not going to lose it.

He believed; he trusted that the Lord could do this thing, even when others were pushing him out of the way. The persistence of his faith brought him into the presence of the Lord – the encounter with God.

As a result, his physical sight was restored, but only because his heart had the vision to see in the Rabbi from Galilee the Christ of God.

And Jesus said to him: see again, your faith has healed you.[3]

In every community, there is always the “odd man out,” as they say. A person who does not seem to fit into the majority. And yet, this person is also a child of God, a brother or sister in Christ. Their faith can be an example to all of us — if we embrace inclusion, rather than exclusion.

Faith is ultimately about our connection to God, and how we connect to one another. When the connection is genuine – from the heart and not the intellect alone – it opens up a world of possibilities. It even opened the eyes of Blind Bartimaeus.

May it open our eyes as well, so that we may behold the glories and miracles of God in every moment and person in our lives.