Homily for the Fourth Sunday of Lent

Print Homily for the Fourth Sunday of Lent 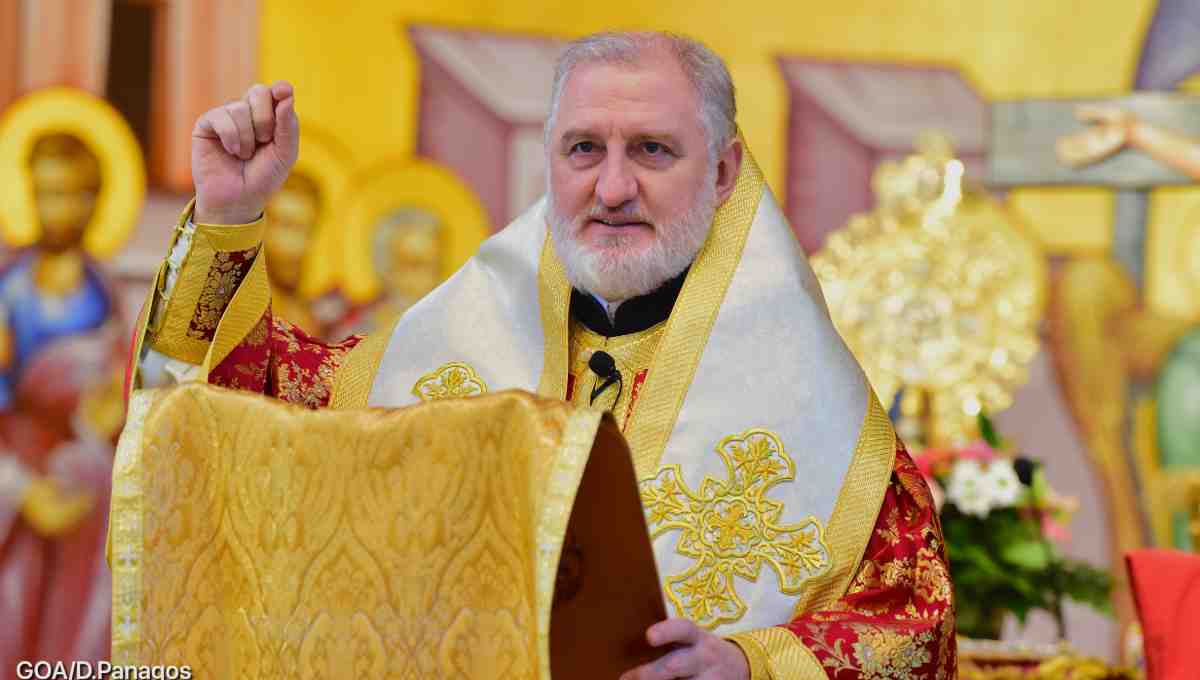 Homily for the Fourth Sunday of Lent

Today we celebrate one of the great luminaries of our Church, and one of the greatest fathers of the Desert: Saint John of the Ladder, or John Climacus. He lived over fifteen hundred years ago and was the leader of the world’s oldest institution of continuous operation in a single place – the Monastery of Saint Katherine on Mount Sinai. He was also the Abbot when the Monastery was dedicated chiefly to the Transfiguration of the Lord.

There are many remarkable things about this Saint. We could spend hours discussing his life and the wonders that surrounded him. But you should know, that throughout the Orthodox World, in all the monasteries, the book that he wrote as a favor to another abbot – called The Ladder of Divine Ascent – is read every year through the Forty Days of Lent.

In fact, there was a time in the Nineteenth Century, when it was only the Bible itself that was more popular than this book, even among the laity.

So, what is it that we recognize in this text, written so very long ago – in such a specific place, with specific circumstances and intended for a very small private audience?

The genius of this author, the holy Abbot John, is that he – very precisely and in great detail – untangles the delicate and thorny problems of spiritual life. If you pick up this book and read just a few phrases, you immediately recognize its spiritual and psychological power.

This is because the instructions in the book come from both personal experience and love. The author, Saint John, was experienced in spiritual life even from his childhood. He was the disciple of a great abbot named Martyrius when he was just a teenager. One day, the abbot and the young John went to visit a very famous monk, Saint John the Sabbaite. As soon as the older John saw them, he poured out some water and washed the young John’s feet. When the older John was asked why he had done this, he replied:

“Believe me, I do not know who that boy is, but I have received the Abbot of Mount Sinai, and I have washed the abbot’s feet!”

Even from his youth, Saint John of Climacus experienced many such spiritual encounters that shaped him. But what is even more important, was his capacity to love and to recognize love in others.

In the lives of the great monastics like John, we see the spiritual life stripped down to its most basic elements. This is because the great ascetics – be they men or women – do not engage with the world in the way that we do. But from their holy examples, we behold behavioral patterns and models for our own lives.

How to love those who seem unlovable. And how to love ourselves.

The Ladder of Divine Ascent is a step-by-step tutorial in how to train our emotions, our minds and, ultimately, our hearts.

And because the image of a “ladder” is used, the practical nature of everyday experience is employed.

Think about a ladder – a simple and very useful object. Everyone knows that if you have to climb one, you have to do so one step at a time. You cannot jump from the lowest rung to the highest. You must proceed methodically and with caution.

But the truth is, although you cannot climb a ladder in a single step, a single misstep can cause an immediate and unfortunate fall.

As we near this Holy Pascha and the opportunity to increase in our lives the abundance of God’s grace, let us take this one lesson from The Ladder of Divine Ascent.

Let us be patient with ourselves and with one another, as each of us tries the best that they can to climb the ladder of spiritual progress. It may take a lifetime, but the spiritual journey is not measured in distance. Rather, it is measured by our intention.

Thus, may we all arrive at the Holy Resurrection of our Lord, when He comes forth from the Tomb at Holy Pascha.