Print Homily for the Vespers of the Prophet Elias 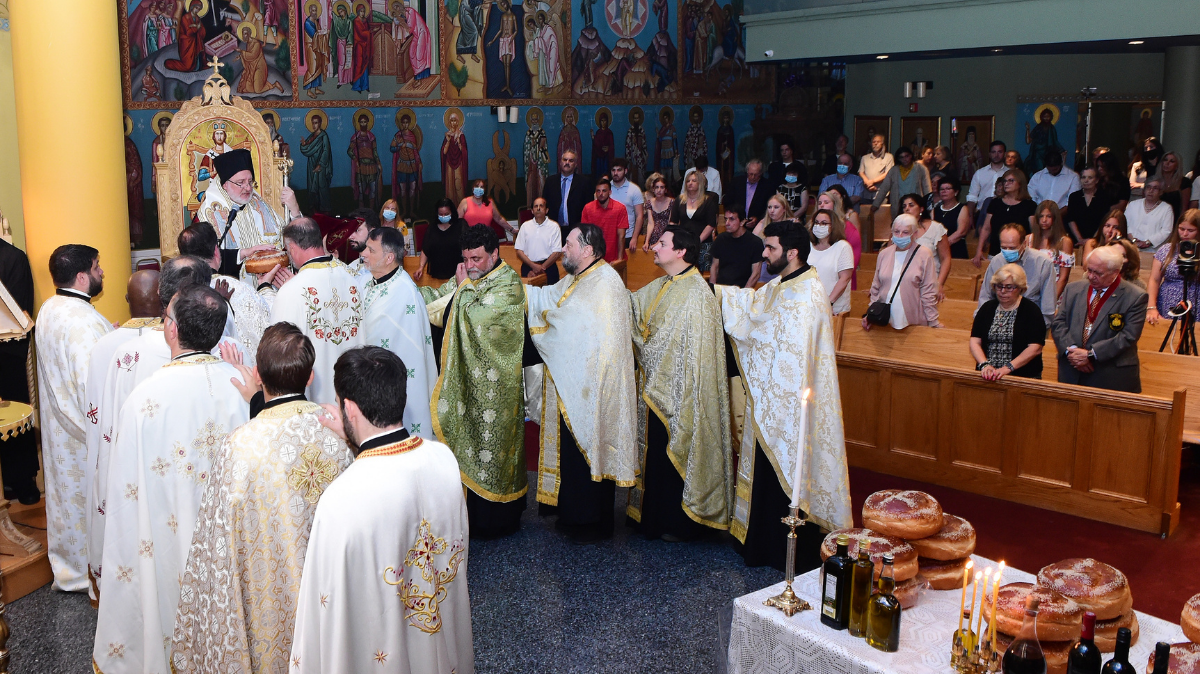 Homily for the Vespers of the Prophet Elias

Being with you again here on this Eve of your Patronal Feast – just as we were last year – I cannot help but reflect on the difference just one year can make. Last year, we were in the midst of the pandemic, and the vaccines were only a promise. Now, one year later, we can see that these promises have been effective, and there is, indeed, light at the end of the tunnel.

Just as when the mantle of the Prophet Elias was passed to his successor, Elisha, we are full of hope that there is a new day dawning for us. And as Elias granted a “double portion” of his power to Elisha, so we are returning to our spiritual vocations with renewed vigor; perhaps, even twice the effort. Here is how your Heavenly Patron passed on his power to Elisha:

When they had crossed the River Jordan, Elias said to Elisha, “Ask what I shall do for you, before I am taken from you.” And Elisha said, “I ask you, let me inherit a double share of your spirit.” And Elias said, “You have asked a hard thing. “Yet, if you see me as I am being taken from you, it shall be so for you; but if you do not see me, it shall not be so.”

And as they still went on and talked, behold, a chariot of fire and horses of fire separated the two of them. And Elias went up by a whirlwind into heaven.  And Elisha saw it and he cried, “My father, my father! the chariots of Israel and its horsemen!” And he saw him no more. [*]

The Prophet Elias was taken up in a whirlwind to Heaven, as he is so often portrayed in the iconography of the Church. But his disciple, Elisha, was a witness to this miracle, and was strengthened by it.

We, too, my friends, behold the miracles of science, which though not supernatural – because they have their basis in nature – still achieve for us wondrous results.

It is written that the mantle, the cloak, of Elias fell back to earth from the fiery chariot that was bound heavenward. Before he was taken up into Haven, the Prophet Elias had used his cloak to part the River Jordan for both himself and Elisha to pass over on dry ground – something that reminds of Moses parting the Red Sea.

So, when Elisha found the cloak of Elias on the ground, he walked back to the River Jordan to test his own faith. He wanted to confirm that the promise of Elias was true.

So, Elisha took the mantle of Elias that had fallen from him, and struck the water, saying, “Where is the Lord, the God of Elias?” And when he had struck the water, the water was parted to the one side and to the other; and Elisha passed over the River Jordan. [†]

And so it must be with us, my friends. We have to take up our faith, our confidence, and our trust in God that this pandemic is passing, and re-engage our lives with even more energy and commitment. The mantle, the cloak of Elias that has fallen to us, is our ability to behold the purposes of God in this very complicated and complex world.

It is our way to cross over from the anxious days of this pandemic to lives full of God’s grace, love and mercy.

Through the prayers of the Holy Prophets Elias and Elisha, may we be blessed to find our way into this fullness of our spiritual purpose and potential.