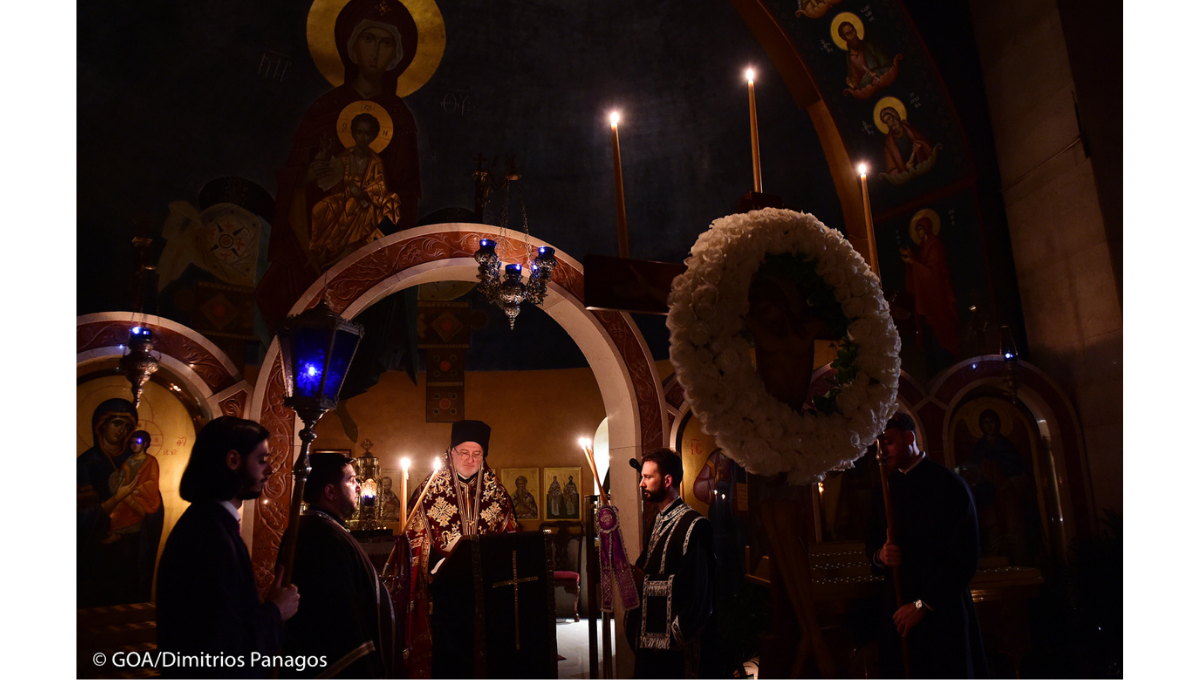 Tonight, we sing with mournful voices after the first Eleven Gospel Readings:

We give glory to the longsuffering of the Lord – to His patience, His humility, His endurance, His restraint, His fortitude and His perseverance.

In every detail that the Gospel Narratives give to us tonight, we hear how the Lord Jesus suffers every indignity, every betrayal, every injustice –all of them and more – so that He may save the very creatures that raised their heel against him. Think about it! Could you – could any of us – endure what the Lord endured? Saint Paul put it this way:

One would hardly die for a righteous person. Maybe, for a good person, someone might brave death. But God gave us sure and certain proof of His own love for us, because while we were still sinners, Christ died for us. 1

It was as if every person in the world came crashing down on His Divine shoulders on the Cross, pressing him down into the agonizing asphyxiation that actually killed those who were crucified. With every breath, the Lord had to lift up his body on the nails that pierced His limbs. And each breath that He took in, He took it in for us! With every exhalation, He joined with each and every one of us in the last gasp of our own dying.

There is no escape for any human being from involvement with the Death of our Lord, even if they believe in nothing. Because the sacrifice of the Cross is for everyone without exception. The Lord left the ninety and nine sheep in Heaven and came looking for the one lost sheep on earth. And we are all that one lost sheep – everyone turning to their own way, and the Lord bearing all of our sins, all our of iniquity and all of our guilt.2

My Beloved brothers and sisters,

There are those who ridicule our Faith – either by their words or their actions. Like those who wagged their heads at our Crucified Lord and taunted Him as He suffered on the Cross.

And there are those who live their Faith, by acknowledging the truth of their own need of His forgiveness, His mercy and His love.

Tonight, as we stand, kneel and prostrate ourselves in the mysterious presence of God – crucified in the flesh – let us open our hearts to the truth of our lives.

We cannot truly be forgiven, unless we accept that our sins put the Lord Jesus on the Cross.

We cannot truly forgive others, unless we accept His words uttered as they nailed Him to the Cross:

“Father, forgive them, for they know not what they do.” 3

And we cannot truly live, unless we accept His death for us – that we might live eternally.

Tonight, the Lord tramples down death – all death and every death – by His own death. Tonight, even before His Descent from the Cross and Burial – the Apokathelosis, which we will observe tomorrow – the Lord commences His descent into Hadës.

From the Cross as from a bow, His soul shoots forth into the nether regions in order to save all those, who from ages past, have awaited their Redemption.

The Lord has passed through every temptation and danger that a human being can face – and all without sin. That is why He can free us from our sins, from our sicknesses and from death itself.

As we finish the Twelfth Gospel tonight – the Gospel of sealing the stone and setting a guard – we have passed beyond the Passion of the Lord, and are already into the fore-feast of the Resurrection.

Christ descends into Hell in order to harrow it, to despoil it of all the lives that were subject to death because of sin.

And so, we close the Final Gospel intoning only the Glory of the Lord: Δόξα Σοι Κύριε, δόξα Σοι.

You see, my beloved Christians? Through our Lord Jesus Christ:

And in hatred, Love conquers.

To Him be the glory, the honor and the worship; now and ever, and unto the ages of ages. Amen. 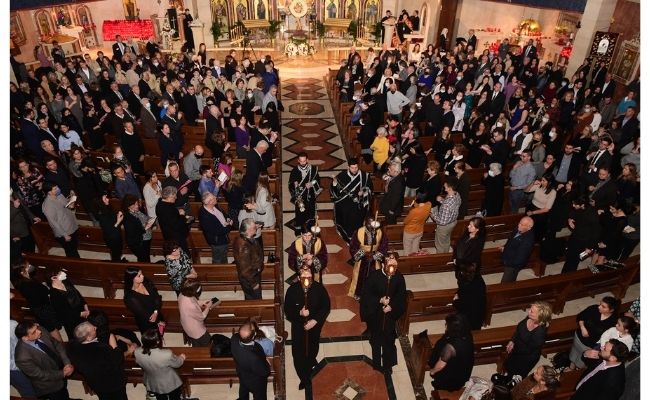