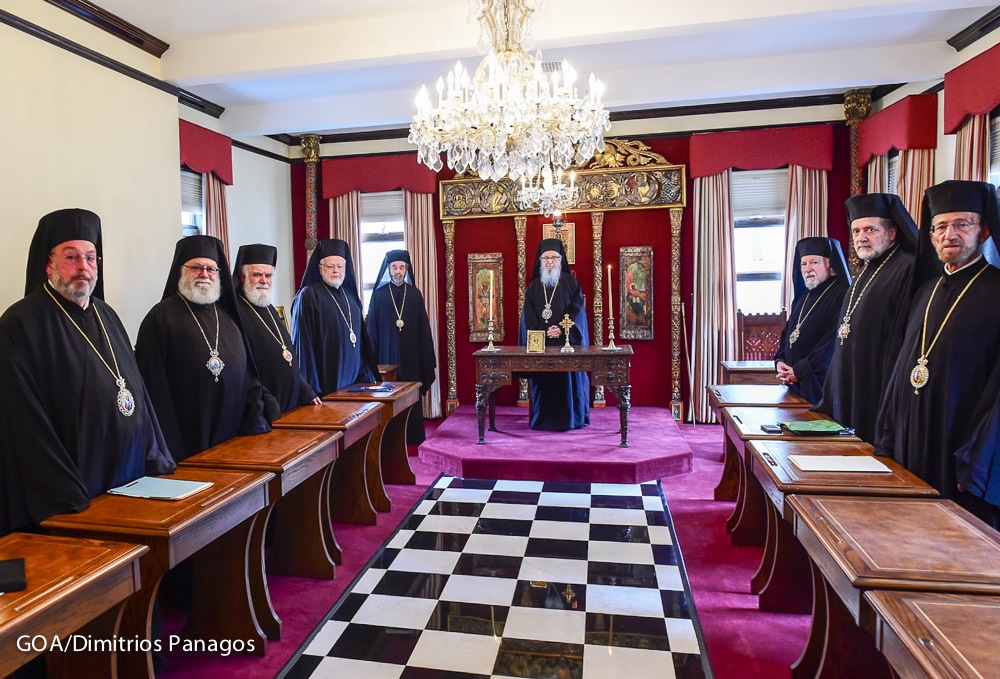 NEW YORK – The Holy Eparchial Synod of the Greek Orthodox Archdiocese of America convened today July 6, 2017, at the Synodal Chamber of the Holy Archdiocese, under the chairmanship of His Eminence Archbishop Demetrios of America and with all its members in attendance.

The Synod convened for the purpose of nominating three persons (triprosopon) out of whom one shall be elected to fill the vacancy of the Metropolis of Chicago, which became vacant after the passing of Metropolitan Iakovos of blessed memory. The names of the three nominees (triprosopon) are being submitted to the Holy and Sacred Synod of the Ecumenical Patriarchate, which will elect the new Metropolitan.