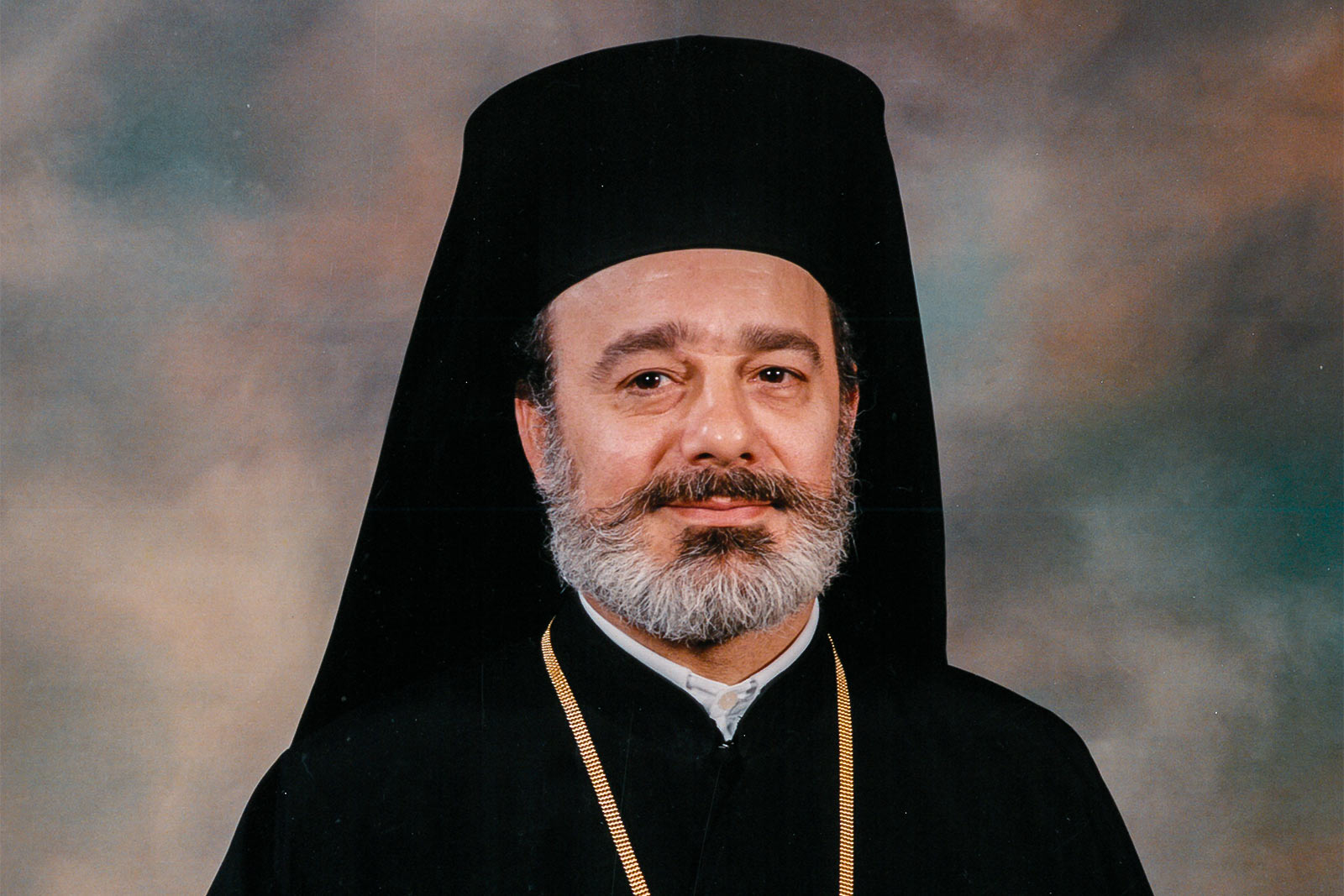 The anniversaries which we celebrate every year serve to remind us of extraordinary events that have played a decisive role in the course of the history of the world. They bring us insight and perspective which is at once timely and yet eternal. The magnificent feast of March 25th has a dual relationship to the joyous Annunciation of our Lady the Theotokos and to the legendary revolution by the Greek people in 1821. The feast presents us with two interrelated ideas, both of which are indispensable for us, whether as individuals or as a spiritual and ethnic commonwealth.

The first idea is the revelation to us about the All-Holy Virgin - the Panagia - who with unmovable faith and unparalleled piety succeeded at the most critical moment in history, when - "in the fullness of time" - God personally intervened for the salvation of humankind and of the whole world. That blessed utterance: "Behold, the handmaid of the Lord. Be it unto me according to thy word," revealed humanity's side of salvation, that is, the very thing which God desires from us, if He is to dwell among us and grant unto us the power of His own perfection, His eternity and incorruptibility - to us who are His mortal creation and who are ultimately subject to the passage of time.

Unshakable faith, an unforced and unassuming free response to divine will, which leaps forth spontaneously from a soul consecrated by virtues and divine grace, is the fundamental human contribution to salvation, the very thing the All-pure Virgin showed, when in truth she represented all of humanity. The great feast of Evangelismos - the Annunciation - calls to mind the miracle of the most pure Virgin, who, first of and above all others, offered herself in service to that great moment in history, the divine and all-saving Incarnation of the Son and Word of God.

Panagia was, is and will always be first in this most significant event in the history of our salvation. The import of this event reveals her as the spiritual Mother of all of us, and it makes the feast of the Annunciation a summons for our participation in a spiritual rebirth "in Christ", in fellowship with the Church until "Christ formed in us". Therefore, let us enter into this feast with faith and piety, with a clear conscience and minds truly open to God, that we may sing with all our hearts the immortal and most glorious hymn of the feast of the Ever-Virgin Theotokos: "Today is the commencement of our salvation and the revelation of the mystery of the ages, for the Son of God becomes the Son of the Virgin and Gabriel announces glad tidings of joy. Therefore together with him, let us cry aloud to the Theotokos: Rejoice! O Thou full of grace, the Lord is with thee!"

And yet there is a second perspective of the feast of March 25th, which contains another miracle - the revolution of the modern Greek, which, although somewhat different, is not unrelated to the miracle of the Annunciation. The warriors of 1821, with their signals - "Now for all to the Struggle!" and "Liberty or Death!" - made crystal clear their absolute belief and conviction in the inviolate rights and immutable values which comprise the natural law of human existence. They sacrificed themselves for equality, justice, mutual recognition and respect, free co-existence and cooperation for the common good, all of which adorn our race with the very qualities of humanity and civilization which pave the way to God and His heavenly kingdom.

There is no doubt that the revolution of 1821 entailed awesome sacrifices and unspeakable trials and sufferings. But the cup was full, even to the brim! Such a desperate stirring of people who had given so much to the world, but who had also suffered horrific deprivation without any restitution! No one has endured more generations of slavery and oppression, violent abuse and unjust forced exile from their sacred religious convictions and from the ideals of man and society which are recognized worldwide and are the foundation for western, and indeed, world civilization.

But, the Greek heroes of 1821 did not wage a war of conquest, neither of vengeance. They simply laid claim to the same inalienable rights which pertained to them and to all people, according to simple reason. They relied upon, we might say, the natural law of what is just and which has as its objective the value and worth of every man and woman. For this reason their sacrifices brought them success and they continue to succeed in today's struggles for justice and equal treatment for all people. Therefore, let this be our understanding of our national holiday. Let it be a perspective of justice, equality and freedom for all humanity and every culture and people.

Furthermore, our national perspective of the feast is not unrelated to the religious commemoration of the Feast of the Annunciation. Their connection is found in their common pursuit; that is, an absolute belief in righteousness and freedom. Where they differ is in the application: one pertains to man's relationship to God, the other to man's relationship with his fellow man. Yoked together, these two perspectives form the cross bars of the Holy Cross, which for us Greek Orthodox, comprises the key to our faith and our philosophy of life.

With today's feast, the Church leads us to renew our mindfulness of the Panagia and the message of salvation by the Annunciation. And our national anniversary reminds us that much sacrifice and struggle is necessary if we are to lay hold of righteousness and equality and to preserve freedom and peace.

I pray and dearly hope that as a Greek Orthodox people, we will live up to these most lofty ideals, which our Mother Church and Homeland have entrusted to us "through the intercessions of our Lady the Theotokos and Ever-Virgin Mary."

With much fatherly love,

+SPYRIDON
Primate of the Greek Orthodox Church in America