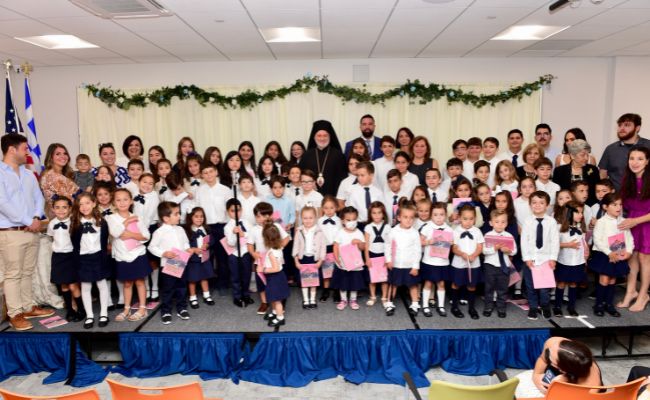 On Saturday, September 17, 2022 students, faculty, and administration at the Greek School of Sts. Constantine and Helen in Jackson Heights and the Greek School of Plato in Brooklyn andreceived a blessing for the new school year from His Eminence Archbishop Elpidophoros during the service of the Agiasmos. His Eminence also met with staff and recognized Mr. Petros Fourniotis for his work as principal of the School of Plato.

After the services, students received copies of the children’s book “The Great Secret,” which was published by the Department of Greek Education last year through the sponsorship of Leadership 100. Available in both Greek and English, the picture book tells the history of Hagia Sophia through the eyes of a small kitten and aims to teach students about one of Orthodoxy’s most sacred sites while exposing them to the Greek language. 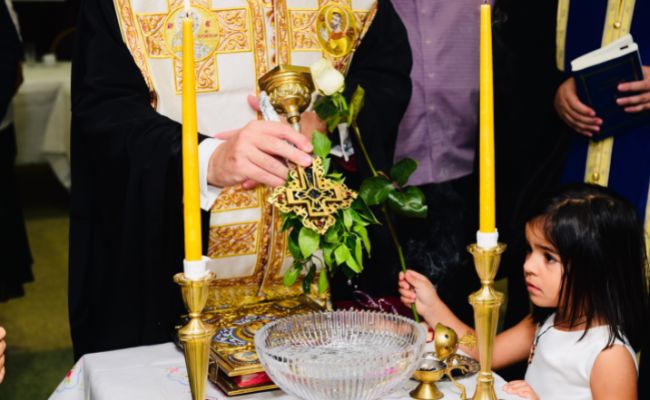 Agiasmos at the Greek School of Sts. Constantine and Helen in Jackson Heights. 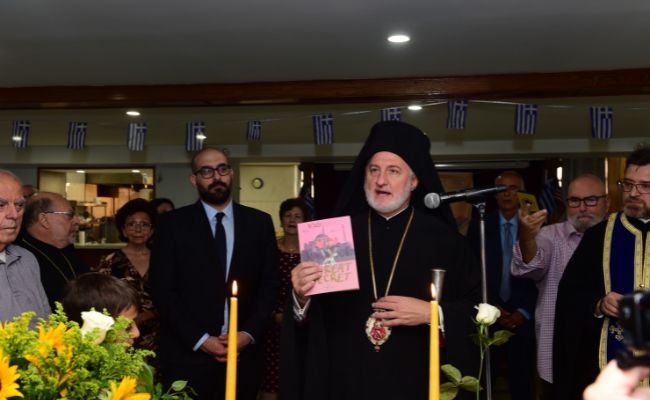 Students received a copy of the Department of Greek Education's new children's book, "The Great Secret," which tells the story of Hagia Sophia. 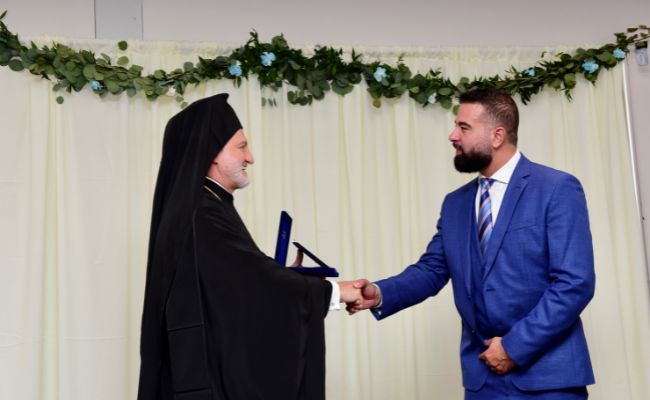 Principal Petros Fourniotis was reocgnized for his work at the Greek School of Plato. 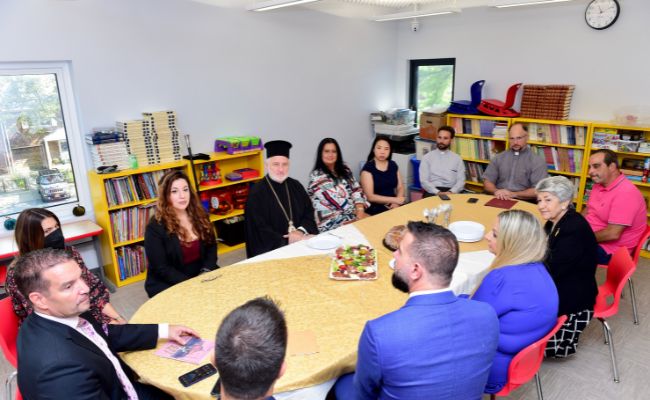 Archbishop Elpidophoros met with staff at the Greek School of Plato in Brooklyn.