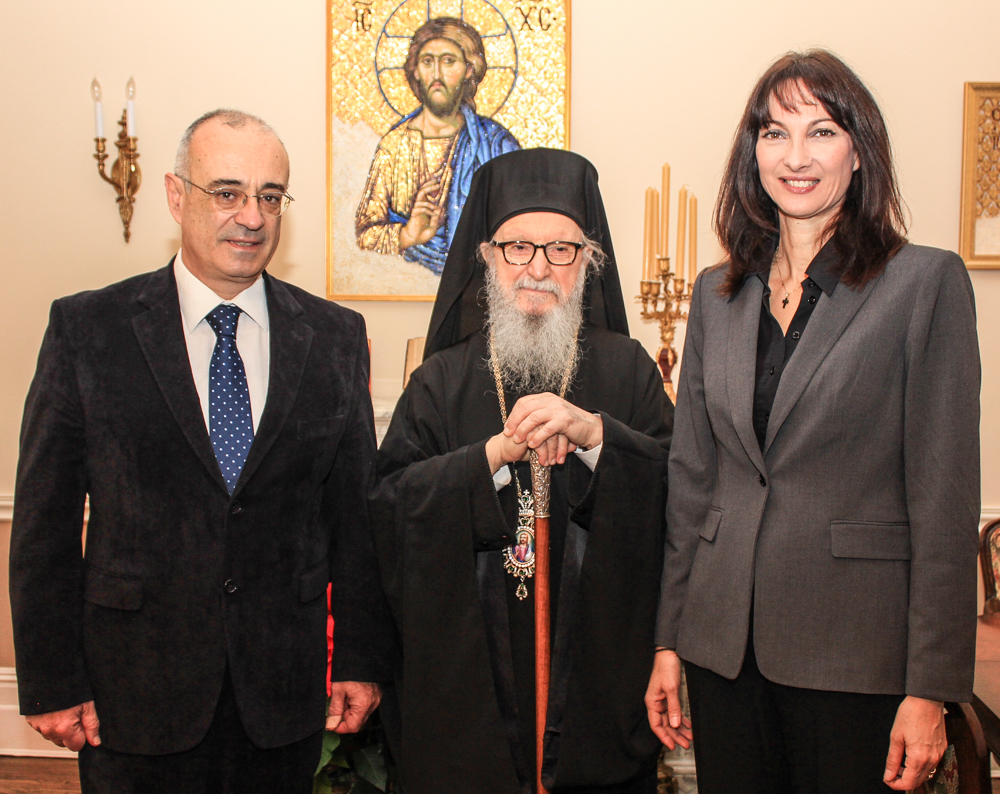 NEW YORK – His Eminence Archbishop Demetrios of America welcomed today the Deputy Minister of Foreign Affairs of Greece Prof. Dimitris Mardas and the Minister of Tourism Elena Kountoura. The two members of the Greek Government were visiting New York as speakers and participants to the Annual Capital Link, Invest in Greece Forum.

During the meeting His Eminence and the two Ministers discussed issues of common concern related to Greece, its international relations, the Greek economy and tourism.

The Archbishop said the meeting was a beautiful and sacred opportunity “because when we deal with Greece and Orthodoxy we are dealing in a sacred field.” His Eminence gave his best wishes and blessings to the two Ministers for success in their endeavors for the benefit of Greece.

Accompanying the two Ministers were the Ambassador of Greece in the United States Christos Panagopoulos; the Consul General of Greece in New York Ambassador George Iliopoulos; Ioannis Stamatekos, diplomatic counsellor to Mr. Mardas; Angeliki Chondromatidou, director of the office of the Minister of Tourism; Michail Angelopoulos, diplomatic advisor to the Minister of Tourism; the Consul of Greece in New York Emmanuel Koumbarakis; and Grigoria Kamaterou, the director for U.S.A and Canada of the Greek National Tourism Organization.