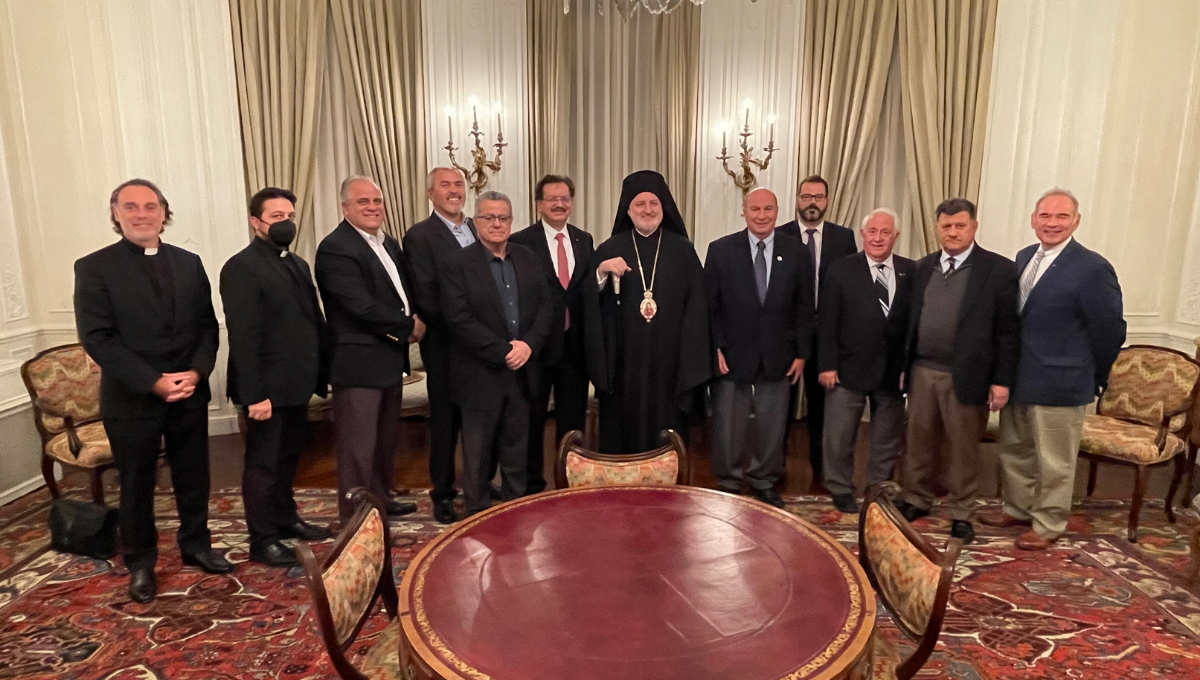 On November 11th, 2021, following the request of all of the parties involved in the Federation of Hellenic Societies of Greater New York to bring peace to current difficulties, His Eminence Archbishop Elpidophoros of America welcomed them at the Greek Orthodox Archdiocese.

Following a full and honest conversation, His Eminence asked each of the representatives present to put aside the current differences that exist in order to focus on the upcoming Greek Independence Parade of 2022, which will celebrate the closing of the Greek BiCentennial, the Centennial celebration of the Archdiocese and Centennial celebration of AHEPA. His Eminence recommended the following, which were accepted and agreed upon unanimously: