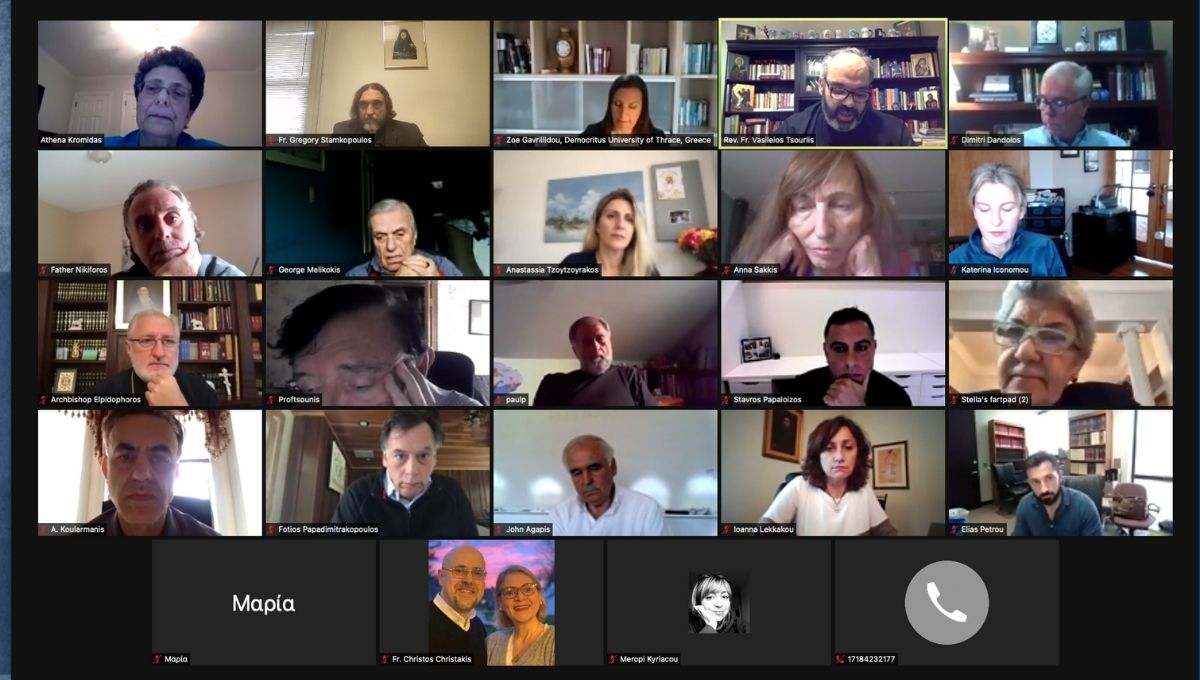 Educational Fund Established for Greek Education by the

New York - (Wednesday, October 6, 2021) The High Council for Greek Education of the Greek Orthodox Archdiocese of America met today, under the chairmanship of His Eminence Archbishop Elpidophoros.
The session began with the welcoming of the new council members, Father Paul Palesty, Dean of St. Nicholas Greek Orthodox Church, Flushing NY, Dr. Zoe Gavriilidou, Professor of Linguistics and Vice-Rector of Democritus University, Mr. Stefanos Cherpelis, Dikaiophylax of the Ecumenical Patriarchate, Mrs. Stella Kokolis President of the Federation of Greek Teachers, Mrs. Maria Litsa-Hatzinakou and Dr. John Siolas.
All council members expressed their support for the Archbishop's mission and vision for the future of Greek Education. The council promised to continue diligently working to promote the Greek language in every parish throughout the country. The council showed great optimism for the future of Greek Education in the United States as Archdiocesan Greek language programs reported a surge in student enrollment.
His Eminence Archbishop Elpidophoros stressed the importance of establishing an educational fund in order to support the Greek schools and Greek language programs all around the country.
The council unanimously accepted His Eminence’s proposed request and will be forming a committee to explore and establish an educational fund. The sole aim of this fund will be to assist schools and Greek language programs of the Archdiocese in promoting the Greek language, culture and faith.
According to His Eminence, the resources for this educational fund should be funded from individuals or organizations interested in donating and supporting Greek education and culture in the United States. The Greek Orthodox Archdiocese of America, through the generosity of the late Suzanne Mados, will be making the initial deposit into this Fund. More information and details about the educational fund will follow shortly.