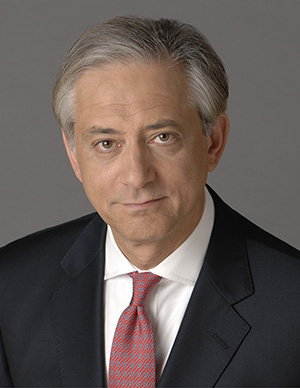 George S. Tsandikos is the new Vice President of the Archdiocesan Council of the Greek Orthodox Archdiocese of America succeeding the late Michael Jaharis who served in this position for 16 years.

During the fall meeting of the Archdiocesan Council, Oct. 14, 2016, His Eminence Archbishop Demetrios, Geron of America nominated Mr. Tsandikos and the other members of the Executive Committee, and the Council approved their election.

“Mr. Tsandikos has a long, devoted and productive service to the Church and its organizations.  His service has been characterized by integrity, sensitivity, directness and methodical approach. We are sure that in his new important position Mr. Tsandikos will display the basic qualities of a leader whom Prophet Isaiah describes as prudent listener, admirable counselor and wise architect.” said Archbishop Demetrios about the new Vice President of the Archdiocesan Council.

George Solon Tsandikos, born in Fitchburg, Massachusetts, is the son of Reverend Father Solon and Presvytera Joanna Tsandikos. He is a lawyer, a graduate of Brown University in Economics and a graduate of Boston College Law School. He is Managing Director in Rockefeller & Company, since 2003, and a Senior Client Advisor to high net worth individuals, families and private foundations.

He is currently the Chairman of Leadership 100, a position to which he was appointed in 2014. He is also an Archon Hartoularios of the Ecumenical Patriarchate, a trustee of the Kallinikeion Foundation in New York, and a member of the Holy Trinity Archdiocesan Cathedral, where he served for many years as Vice President.