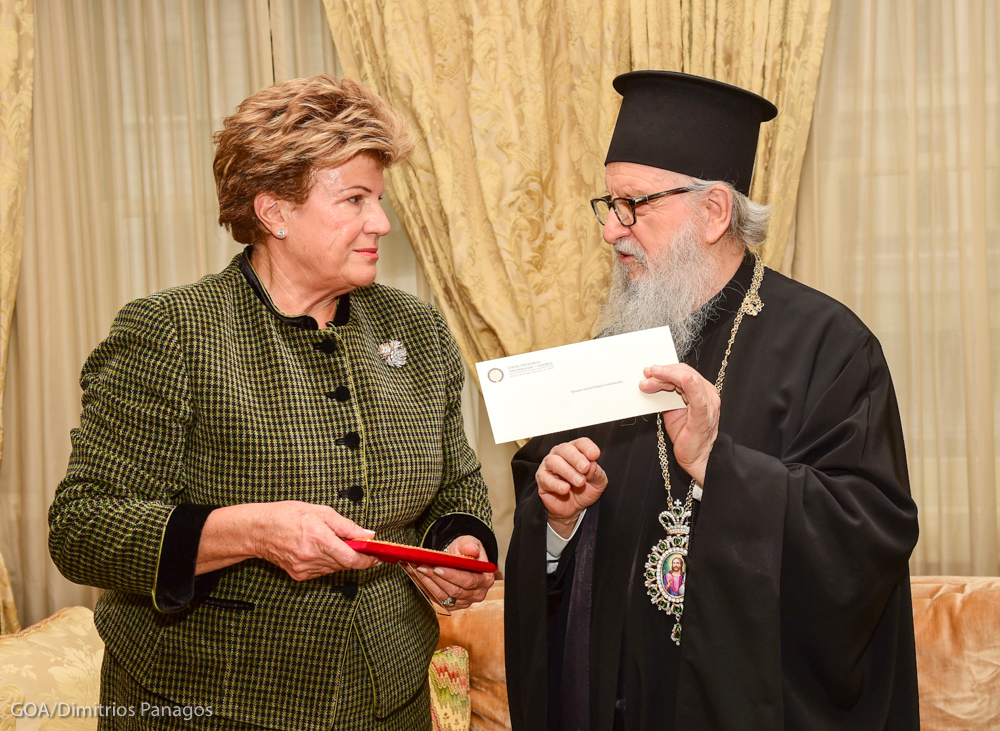 Mrs. Anastasiades visited Archbishop Demetrios in his office, the day before, and His Eminence presented her with a check of $50,000 in support of the Independent Agency for Social Support she helped create in Cyprus. Archbishop Demetrios had pledged $75,000 during his last visit to Cyprus in October of 2014, and to fulfill that pledge he had sent to Mrs. Astasiades a check of $85,000 in December 2014. The above amounts were funded in part by the Greek Orthodox Archdiocese of America and the National Philopotchos, and in part were raised from individual benefactors or organizations in the Greek American community.

The purpose of the Independent Agency for Social Support is to provide financial aid to students who are otherwise unable to continue their studies due to extraordinary social events or circumstances that affect their families.

Additionaly, during the Chrysanthemum Ball, the Cathedral Philoptochos chapter presented a check for $10,000 to Mrs. Anastasiades to benefit the public benefit agency she created. 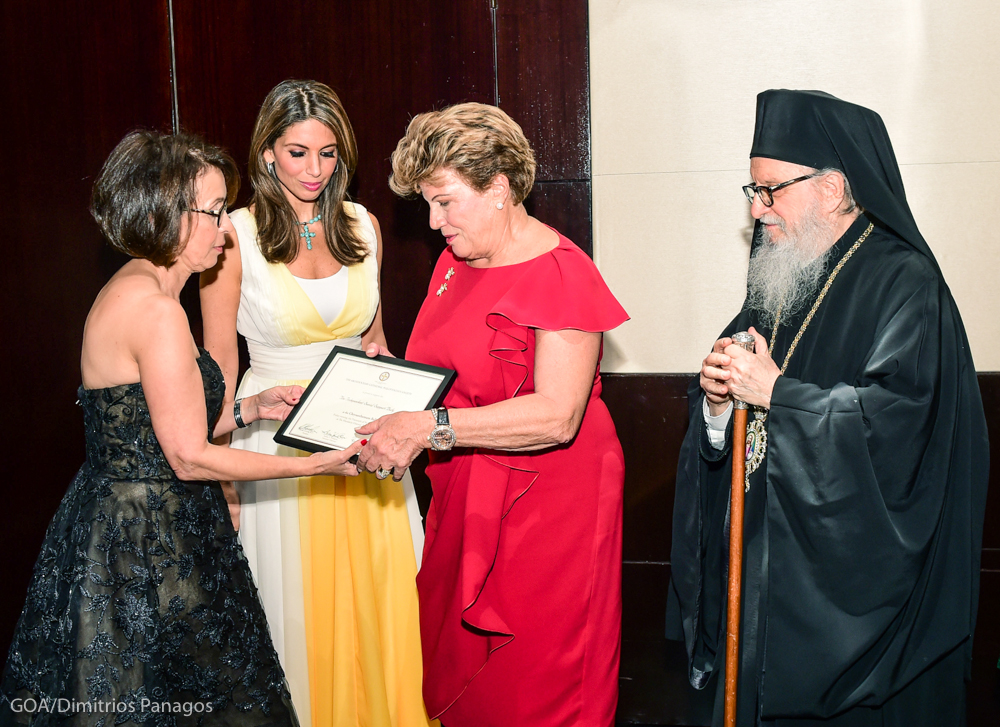 “Tonight we honor an amazing woman with great passion and love for philanthropy,” said the President of the Cathedral Philopotchos Dr. Miranda Kofinas, praising the First Lady for her long devoted work in the service of the her fellow citizens and all human beings in need.

Nicole Petallides, anchor for the Fox Business Network was the Mistress of Ceremonies and Anthe Philippou was the honorary chair for the evening. In attendance among many others in the sold-out event were the Ambassador of Cyprus to the U.S. George Chacalli, the Permanent Representative of Greece to the United Nations Ambassador Ekaterini Boura, the Consul General of Greece in New York Ambassador George Iliopoulos and the Consul General of Cyprus to New York Ambassador Vasilios Philippou.

Earlier on Friday morning, Mrs. Anastasiades visited the Cathedral School of Holy Trinity and spent time with the teachers and students of the school who had prepared for her a recital of music and poetry.