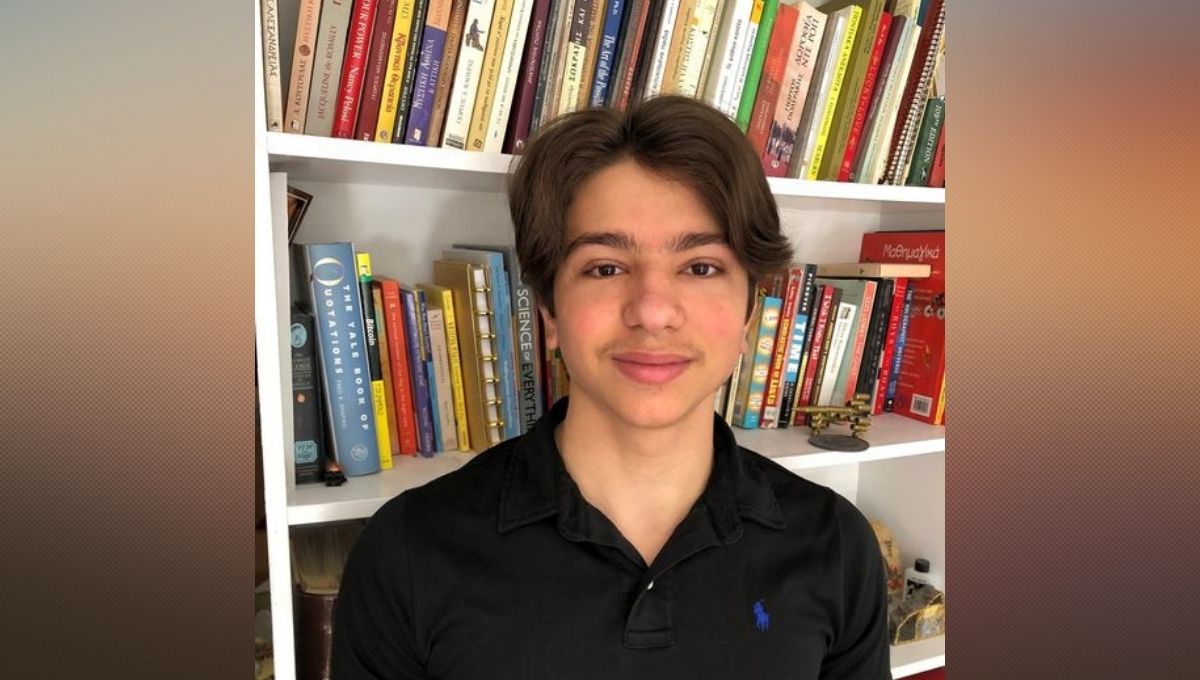 Congratulations to the St. Photios National Shrine's Greek-language First Place Essay Contest winner Emmanuel Lambrakis of New York, NY, with an essay on Dr. Samuel Gridley Howe. He is the winner of the $1,000 prize provided by Mrs. Stella Kokolis, M.Ed. President of the Federation of Hellenic American Educators.

The Saint Photios Greek Orthodox National Shrine Inaugural Greek Essay Program was held in commemoration of the bicentennial of Greek Independence. Four essayists were awarded for their Greek-language essays detailing the contributions of one of six 19th century American Philhellenes: Congressmen Daniel Webster and Henry Clay, George Jarvis, Capt. Jonathan Miller, William Townshend Washington, and Dr. Samuel Gridley Howe, all of whom contributed significantly to American support for Greece’s War of Independence. This was the same theme as the Shrine’s English essay program.

A Certificate of Participation signed by His Eminence Archbishop Elpidophoros of America and Bishop Demetrios of Mokissos, Hierarchal Proistamenos of St. Photios Greek Orthodox National Shrine will be sent to all participants.

Bishop Demetrios noted, “I am so grateful that ten teenagers of the USA chose to participate in this inaugural event, demonstrating their commitment to our Hellenic heritage and the close relationship Americans had, and still have, to the welfare of the Greek nation. I certainly hope this program will gain more attention in the years to come.”

Committee members and judges included Chairperson Stella Kokolis, M.Ed., Meropi Kiriakou, Maria Markou, and Sevasti Varitimidou. The cash awards were provided by the generosity of benefactors including: Stella Kokolis, M.Ed. President of the Federation of Hellenic American Educators; the Prometheus Association by President Meropi Kiriakou and the Hellenic Paideia Association of America by President Vasiliki Filotis.