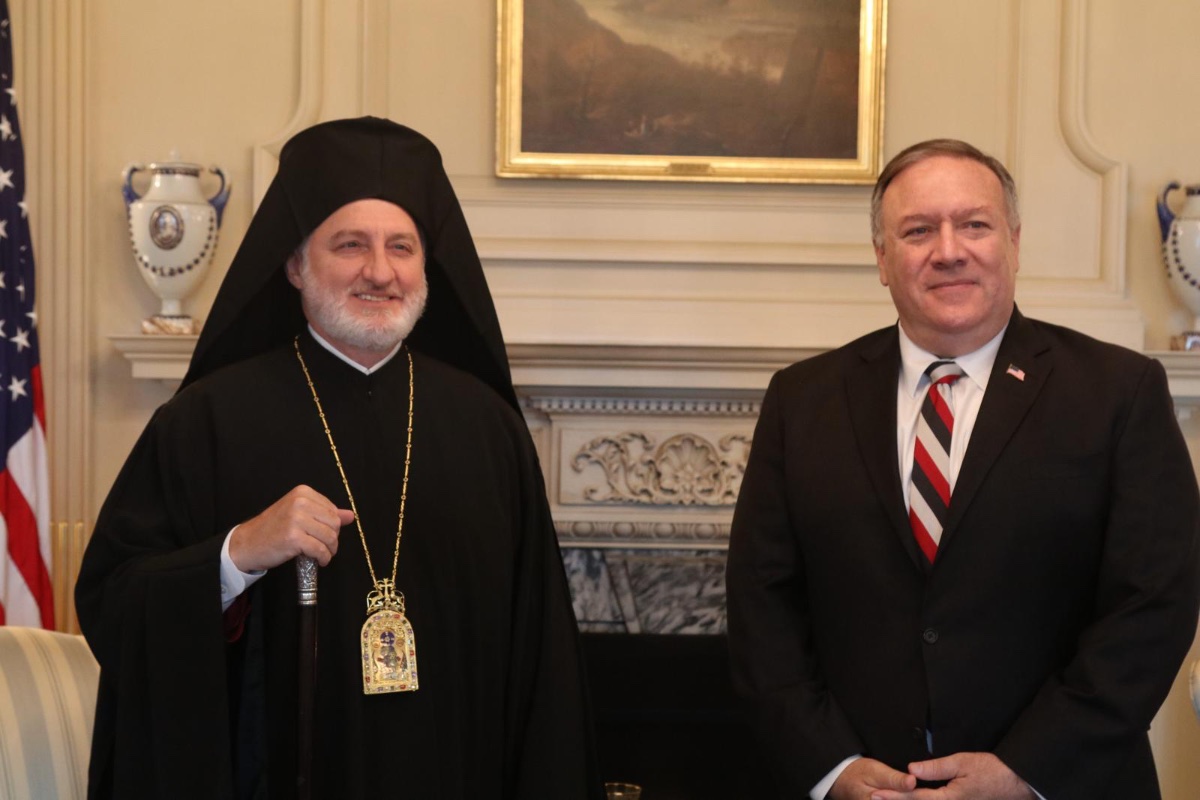 New York, NY – Today, Archbishop Elpidophoros of America met with US Secretary of State Mike Pompeo to discuss a number of issues important to the Ecumenical Patriarchate, the Greek-American Community, and to the people of Greece, Cyprus and Turkey.

Archbishop Elpidophoros offered the following statement about the meeting:

“I would like to express once again my thanks to Secretary of State Pompeo, for our meeting today. I had the opportunity to articulate the deep distress of the Ecumenical Patriarchate, and our own pain and that of the Greek-American community, over the conversion of Hagia Sophia to mosque.

“I also had occasion to express the ever-increasing apprehension and deepest concern of the Greek-American community over an ever-increasing aggressive stance of Turkey against Greece and Cyprus. I sought from the Secretary of State the support of the American Government for the Ecumenical Patriarchate, the Greek community in Turkey and for all religious minorities in Turkey.

“It is our earnest desire that the US government continue its work to ensure respect for international law, dialogue without threats from Turkey, and for peaceful relations between Turkey, Greece and Cyprus, and the entire Eastern Mediterranean region.”