Congratulatory Letter of the President of Cyprus to Archbishop Elpidophoros 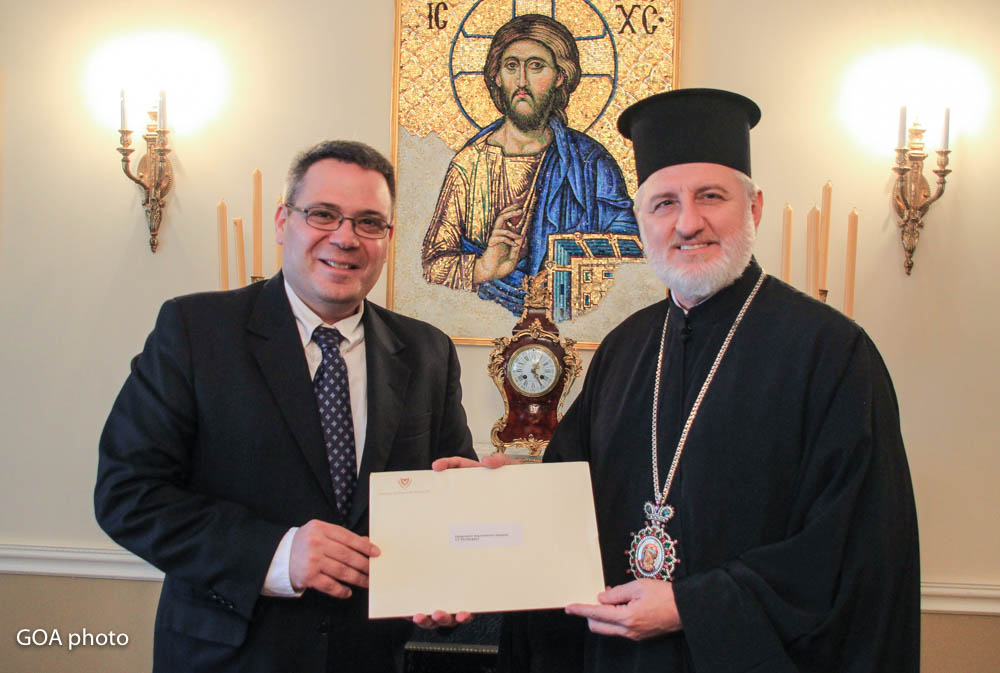 NEW YORK – His Eminence Archbishop Elpidophoros of America received today in his office the visit of the Consul General of Cyprus in New York, Mr. Alexis Phedonos-Vadet, who brought a personal congratulatory letter from the President of the Republic of Cyprus, Mr. Nicos Anastasiades, on the occasion of the Archbishop’s election and enthronement.

In his letter, Mr. Anastasiades wrote: "You undertake this God-pleasing work in a particularly demanding time and as I am confident of the diligence you will show, I want to assure you of the readiness of both myself and my Government to develop a close cooperation towards the goal of promoting our national issues and supporting the Greek and Cypriot Omogeneia.

Finally, Mr. Anastasiades in his letter expresses the wish to meet Archbishop Elpidophoros in New York, during his upcoming visit and participation in the sessions of the U.N. General Assembly.

The Archbishop thanked the Consul General and asked him to convey to the President the expression of his gratitude for the honor, and his best wishes for a speedy recovery.