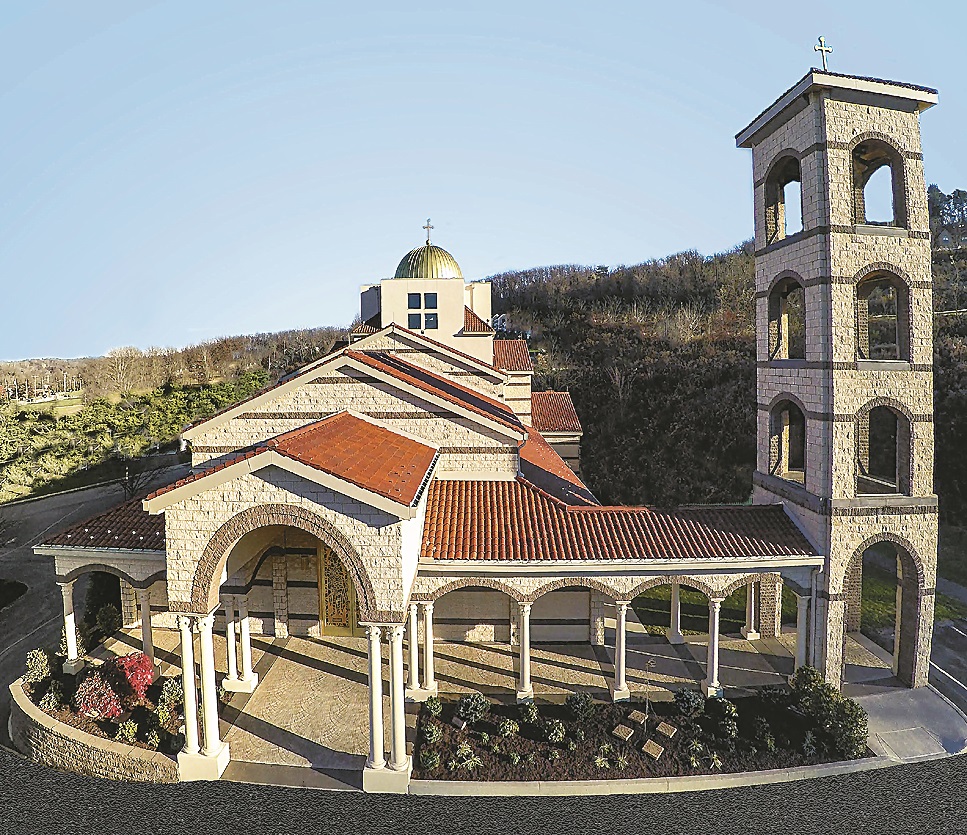 CANONSBURG, Pa. – community in southwestern Pennsylvania, near Pittsburgh, may seem like a typical midsize parish, but its influence extends from Montana to Tanzania.

The first Greek Orthodox immigrants were attracted to this corner of Appalachia by the extensive steel and coal industries, which have long since vanished, but the church continues to function successfully.

“We have grown in the number of stewards, spiritually and emotionally,” stated Fr. Livanos, a Philadelphia native who arrived at All Saints in 1989 and is by far the community’s longest-serving priest. He previously served about one year at St. John the Divine Church in Wheeling after being ordained at Sts. Constantine and Helen Cathedral in Merrillville, Ind.

Fr. George estimates the parish has about 180 children who participate in the range of youth programs from AGAPE up to OCF. The Orthodox Christian Fellowship chapter at Washington and Jefferson College in nearby Washington, Pa., has even received recognition from the school administration for its support.

About 100 students are enrolled in Sunday school. Currently the Greek school is inactive, but there are plans to reestablish it at a later date.

Young adults help in the narthex, serve on the parish council and on the iconography committee.

“The youth is the Church now,” said Fr. George.

A number of parishioners, including younger members, participate in the parish’s outreach effort, which includes support for the Blackfoot Indian Reservation in Montana through the YOCAMA ministry, assisting local food banks and shelters in Washington County and building a church in Africa in 2002. The parish also purchased all church items and covered expenses for the consecration of that Orthodox church, All Saints, in Kazikazi, Tanzania, in 2004.

Parishioners support Project Mexico, and sent emergency aid kits to Hurricane Katrina victims, organizing a clothing, food and school supplies drive for the needy. The Canonsburg church has had several members who became Archons or who have served on the Archdiocesan Council over the years. Currently there are five Archons.

One is Dr. Nicholas Loutsion, a prominent local veterinarian who, in addition to his many years’ service on the Archdiocesan Council, serves as vice chairman of the Metropolis Council.

Dr. Loutsion’s father, George Loutsion Sr., who was a past president, chanter and great benefactor of the church, was the first parish member to be inducted into the Order of St. Andrew-Archons of the Ecumenical Patriarchate.

An Archon in the past, the late Frank Sarris, was a strong supporter of the community and helped put Canonsburg on the map with his successful company, Sarris Candies, which he had started many years ago in the basement of his parents’ home. The candy company has its products in Hallmark stores around the country. In addition to generous donations from parishioners, the major income sources are stewardship and the annual Greek festival.

The factories and coal mines may have closed many years ago, but the small, ethnically diverse city of about 10,000 has been resurging economically with the establishment of a high-tech industrial park with many international companies located near All Saints Church; a pharmaceutical company and a natural gas plant which employ a number of parishioners.

In addition to Greeks, Italians, Russians, Irish and other nationalities exist in Canonsburg. For those old enough to remember, the city is the hometown of two popular singers from the 1950s and 60s – Perry Como and Bobby Vinton.

According to a parish history, the Greek Orthodox presence dates to the beginning of the 20th century, or earlier. A large number of islanders from Rhodes, Crete, Karpathos, Patmos, Ikaria, Samos and Epiros settled in the area.

In 1918, about 80 men began holding meetings in a coffee shop to discuss plans to organize a church. They soon rented a hall. Michael Kontos was elected as first president and Fr. K. Liakopoulos was the first priest to serve the parish.

In 1925, the parish purchased the Ukrainian Greek Catholic Community’s church building and All Saints Greek Orthodox Church had a permanent house of worship. Archbishop Athenagoras visited the community in December 1936 and dedicated the Grecian hall, which became the focal point for all activities and the Greek school site.

As the faithful grew in numbers, the various parish organizations were established for the community and met the needs of the increasing numbers of young people, including Sunday school, Greek school, the GOYA chapter, Philoptochos, a choir, dance troupe, 60-Club (for seniors), other youth groups such as JOY (for the 8–12 ages) and young adult league.

With the arrival of Fr. Livanos, plans to build a new church – the community’s present home – took shape and construction began in the early ‘90’s.

The Building Committee chairman, Archon Michael Kusturiss Sr., helped bring to fruition a long desired parish dream: a larger church edifice with ample parking. Since the parish was growing enormously during the 70’s and 80’s a new church building was inevitable.

With property secured on W. McMurray Road in Canonsburg, a Byzantinestyle, two-story building was completed in 1995 – the church upstairs and hall on the bottom level, with ample parking, at the new location near Interstate79. Metropolitan Maximos presided at the dooropening (thyranoixia) in May of that year.

Archbishop Demetrios consecrated the church in 2014.

The parish is playing a key role in a significant Metropolis project: the relocation of the Metropolis headquarters within a few years to a new site about five miles from the church and strategically located near the intersection of Interstates 79 and 70.

A 10–acre parcel of land was donated to the Metropolis for the new administrative center by Archon and Mrs. Michael Kusturiss Jr.

Dr. Loutsion and Fr. Livanos are on the building committee.