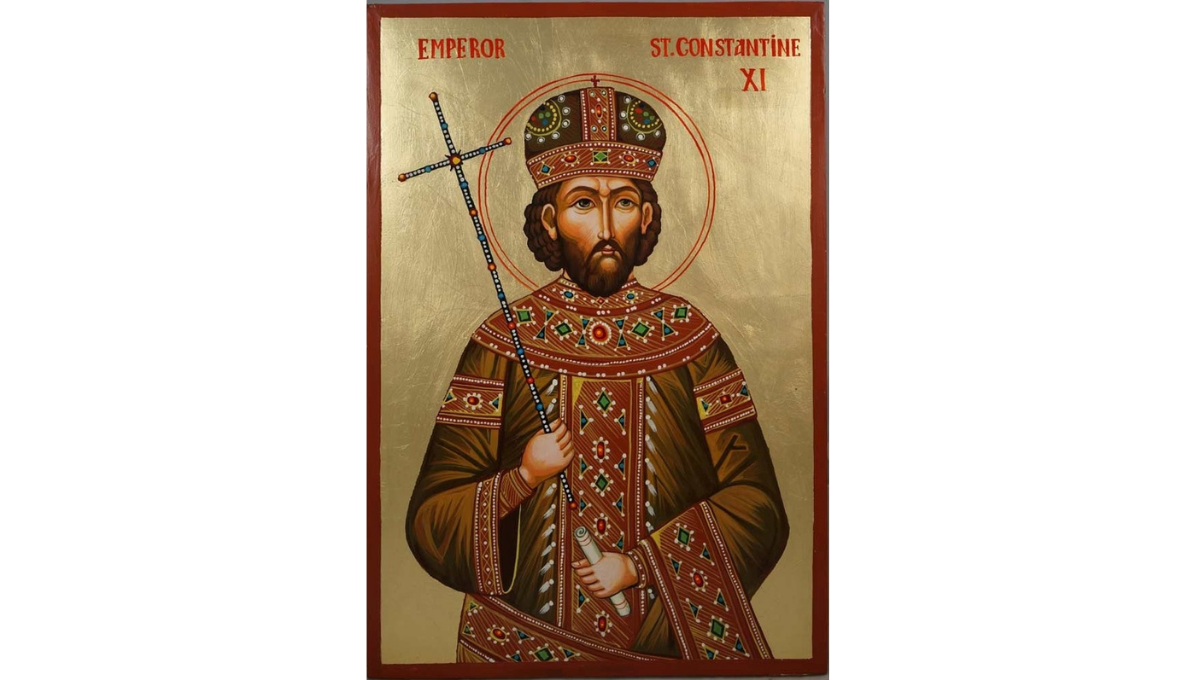 The Third Annual Commemoration of the Fall of Constantinople

On Sunday, May 29, 2022 at 7:30 p.m. EST, the Greek Orthodox Archdiocese of America and Saint Photios National Shrine will present the Shrine's Third Annual Commemoration of the Fall of Constantinople.

The video presentation, hosted by Bishop Demetrios of Mokissos, the Hierarchal Proistamenos of the Shrine, is titled, “The Last Emperor of Byzantium – Constantine XI Palaiologos.”

Besieged by the Ottomans, Constantinople and a few remaining lands of the Roman (Byzantine) Empire was led by the Emperor Constantine XI Palaiologos, successor to the founder of the capital over a thousand years earlier, Emperor and Saint Constantine the Great. With the breach of the city walls that had protected the city for over a millennium, the Emperor and defenders consisting of Greeks, Genoans and others were finally vanquished.

The annual commemoration of the Fall of Constantinople is not only a remembrance of the fall of the capital of the Roman Empire on May 29, 1453 by the Ottomans who finally took the “Queen of Cities” established by Saint Constantine the Great some eleven centuries earlier. It is also a celebration of Byzantine culture and the Hellenic culture that sprang from this pivotal event in world history.

In conjunction with the annual commemoration of the Fall of Constantinople, the Saint Photios Greek Orthodox National Shrine held its Second Annual Drawing Competition, which was open to children ages 9-12 of the Greek Orthodox Archdiocese of America.

Participants submitted drawings of the last Byzantine Emperor, successor not only to the great saint whose name he bore, but also to the final dynasty of emperors who, even as their Empire was slowly declining, oversaw a resurgence in ecclesiastical art and theology.

The Winner will be announced on May 29, 2022 during the annual Fall of Constantinople Commemoration of the St. Photios National Shrine.

Bishop Demetrios of Mokissos was appointed Hierarch Proistamenos of the Saint Photios Shrine in 2019.  For many years he organized and produced a similar commemorative program, unique in our Archdiocese of America, when serving as Chancellor of the Holy Metropolis of Chicago.