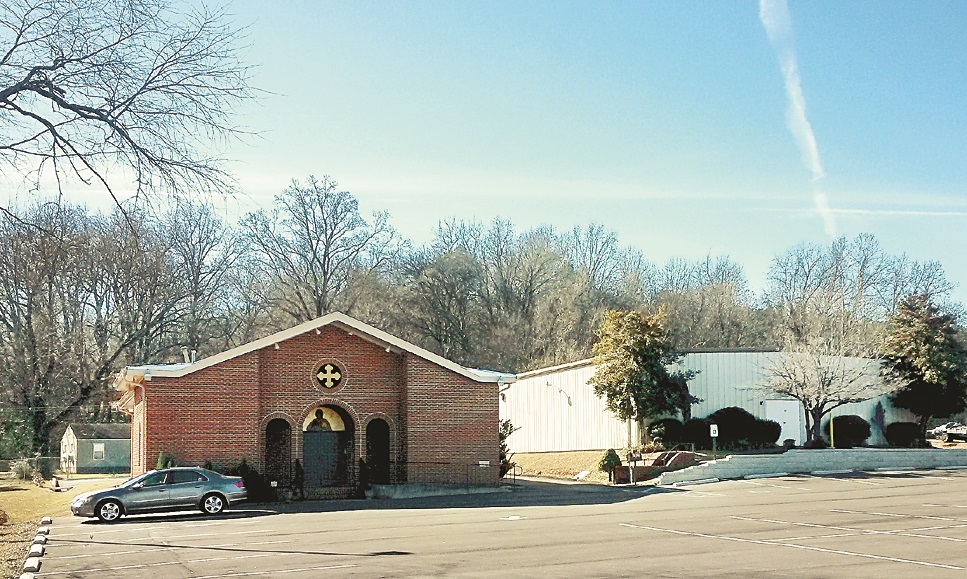 HUNTSVILLE, Ala. – Unlike the typical Greek Orthodox parish in the United States that was founded by immigrants, Holy Cross-Sts. Constantine and Helen Church got its start through the efforts of Orthodox Christians associated with the military and nation’s space program.

This city of Huntsville (population about 200,000), the fourth largest city in Alabama, is home to the U.S. Army’s Redstone Arsenal and NASA’s Marshall Space Flight Center. The impetus for establishing a parish came in the early 1960s, mostly from military officers and civilian employees of these institutions and engineering firms associated with them, Fr. Millsaps noted. A few families had been members of Holy Trinity-Holy Cross parish in Birmingham.

According to a parish history, by 1962 there were enough of the Orthodox faith to warrant monthly services by the priest from the Nashville parish.

In September 1964 the Huntsville communicants were organized as an Orthodox Mission and a permanent priest was assigned. Two and a half years later, in early 1967, the community received parish status under the name of Greek Orthodox Church of Huntsville. Ground was broken for the church building on July 11, 1972. The Byzantine-style edifice was officially opened by Bishop John of Charlotte on Sunday, Feb. 25, 1973, and was named Holy Cross-Sts Constantine and Helen Greek Orthodox Church of Huntsville, Alabama.

The church complex includes the parish center, a multi-purpose educational and community facility adjacent to the church, that was dedicated in 1983. A new parking lot recently was added and a major renovation project has been under way.

The congregation today is represented by Orthodox Christians from the Americas, Europe, Africa, Asia and Australia, though Greek Americans comprise nearly 50 percent and members include many Romanians, Arabs and Georgians.

“We are a very multi-ethnic parish,” said Fr. Kevin, who celebrates the Divine Liturgy mostly in English, though the Lord’s Prayer is recited in 14 languages.

Fr. Kevin and his presbytera, Tina, are converts from a Protestant background and are natives of eastern Tennessee.

“It’s been a real blessing, Fr. Kevin said of his transition to Orthodoxy and serving as a parish priest. “It has challenges like anything, but overall it’s been a good experience. We try to keep motivated and push forward.”

The priest came to Orthodoxy as a result of studying for his Master’s in history at East Tennessee State University, after taking a course in Byzantine religious history.

Prior to coming to Huntsville, he served as assistant priest at St. Nektarios Church in Charlotte, N.C.

He oversees many parish ministries, including the weekly Bible study and catechumen classes, a prison ministry and youth programs such as the Sunday School, the very active Philoptochos chapter, choir and chanters. There is no Greek school.

A Sunday afternoon liturgy for the Ethiopian Orthodox in the area also takes place each week.

One youth activity includes a regular project in which the young people of the parish help residents in the city, especially senior citizens, with yardwork and other chores.

The church raises funds through stewardship. There is no Greek festival, the parish takes part in the International Festival at the University of Alabama-Huntsville campus.

With the presence of the Redstone Arsenal, which serves as the headquarters for the Army’s Aviation and Materiel commands, there are about 32,000 people associated the the facility, including Fr. Kevin, who serves as a chaplain in the Army Reserves and holds the rank of captain.

The Marshall Space Center, where many parishioners also are employed, controls the probes into deep space and the International Space Station.