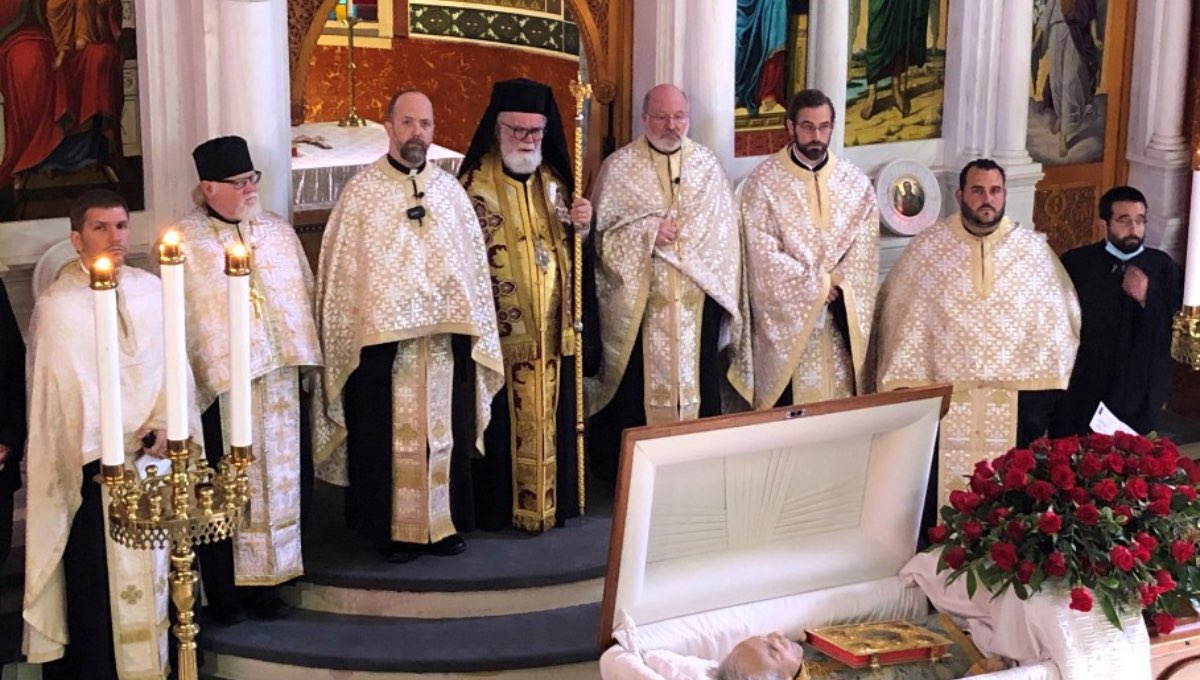 On Wednesday, November 4, His Eminence Metropolitan Alexios of Atlanta, assisted by area clergy, presided at the funeral of Rev. Fr. James Cleondis at the Presentation of the Theotokos Greek Orthodox Church in Malbis, Alabama. Below is the obituary published by the Cleondis family.

Reverend James Cleondis, age 86, a resident of Montgomery, Alabama, passed away peacefully at home surrounded by his wife and children on October 30th, 2020 after a long battle with Parkinson’s disease. He was born on August 30th, 1934 in Greece to John and Calliope Cleondis. At an early age, James was determined to become a Greek Orthodox priest. As a small boy growing up on the ancient Greek isle of Patmos, where St. John the Theologian wrote the Book of Revelation, he would go to church early in the morning to chant hymns. After his family moved to Montgomery in 1947, his dream of becoming a priest was later fulfilled when he graduated from college and seminary at Holy Cross School of Theology in 1961. He served for a brief time as priest of Annunciation Greek Orthodox Church in Little Rock, Arkansas, then served for 22 years at the Greek Orthodox Church of the Annunciation in Montgomery before becoming the priest of Annunciation Greek Orthodox Church of Mobile, Alabama while also serving at the Malbis Memorial Church until his retirement in 2009. Known to young and old as being the kindest and most humble man to each community he served, Fr. Jimmy’s devotion to God, church and his family was beyond measure. He was a loving husband, father, and grandfather who will always be remembered for the many lives he touched.