Celebrating the Feast Day of St. Augustine of Hippo

Print Celebrating the Feast Day of St. Augustine of Hippo 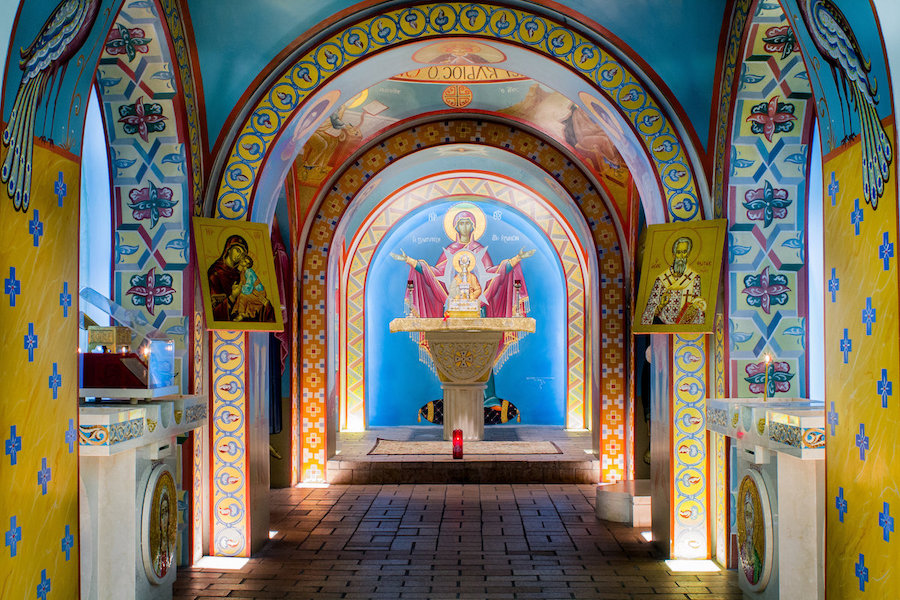 Celebrating the Feast Day of St. Augustine of Hippo

Webinar in Honor of the Feast Day of St. Augustine of Hippo

“Let Us Exercise In the Field of Scripture: The Correspondence between Augustine and Jerome for Orthodox Biblical Scholarship"

The St. Photios Greek Orthodox National Shrine, located in Saint Augustine, Florida is delighted to present its second annual webinar, a presentation by Dr. John Fotopoulos entitled “Let Us Exercise In the Field of Scripture: The Correspondence between Augustine and Jerome for Orthodox Biblical Scholarship,” on Tuesday, June 15, the Feast of Saint Augustine of Hippo.  The event is hosted online by The Department of Inter-Orthodox, Ecumenical and Interfaith Relations of the Greek Orthodox Archdiocese of America.  The free broadcast will be live-streamed and open to all (pre-registration required, click here).  The event will include live audience questions. For those who miss the live broadcast, the Shrine will archive this unique event on its website and Facebook page.

Dr. John Fotopoulos is an associate professor in the Department of Religious Studies and Theology at Saint Mary's College, Notre Dame, Indiana. He specializes in the New Testament and early Christian literature within the context of Greco-Roman society and culture. Dr. Fotopoulos received his Ph.D. from Loyola University Chicago (2001); a Master of Divinity as class valedictorian from Holy Cross Greek Orthodox School of Theology (1992); and a Bachelor of Arts as class valedictorian from Hellenic College with a major in Pre-Theology (1989).  In 2017, Dr. Fotopoulos was named an Archon of the Ecumenical Patriarchate, and conferred with the title of Διδάσκαλος τοῦ Εὐαγγελίου (Teacher of the Gospel).

Saint Augustine was born in the city of Thagaste in northern Africa. He was raised by his mother, St Monica (May 4), and he received his education at Carthage. In the capacity of professor of rhetoric, Augustine arrived at Milan, Italy where St Ambrose (December 7) was bishop. Under the guidance of St Ambrose, Augustine studied the Holy Scriptures.

The Word of God produced in his soul a radical crisis; he accepted holy Baptism, gave all his wealth to the poor and was tonsured as a monk. In the year 391 Valerian, Bishop of Hippo, ordained Saint Augustine a priest, and in 395, appointed him vicar bishop of the see of Hippo. After the death of Bishop Valerian, St Augustine took his place. During his 35 years as bishop, St Augustine wrote many works devoted to combating the Donatist, Manichaean and Pelagian heresies.

St Augustine wrote many works (according to his student and biographer Possidias, the number approached 1030). Of his works the best known are: The City of God (De civitate Dei), The Confessions, 17 Books against the Pelagians and Handbook of Christian Knowledge (The Enchiridion). St. Augustine was concerned above all else that his writings be intelligent and edifying. “It is better,” he said, “for them to condemn our grammar, than for people not to understand.” Saint Augustine died on August 28, 430.

Events in Celebration of the Feast Day of St. Augustine of Hippo