Print Assembly of Bishops Delegation Participates in March for Life 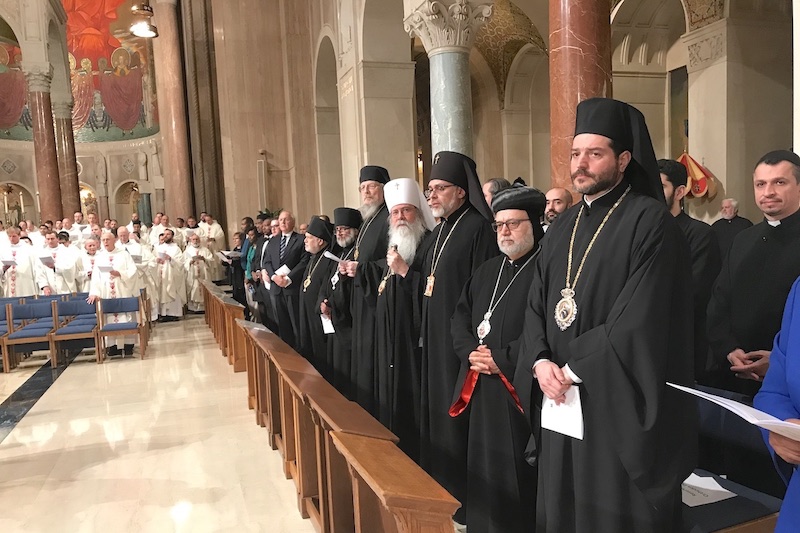 WASHINGTON – The Assembly of Canonical Orthodox Bishops of the United States of America sent a delegation to the annual March for Life in the nation’s capital on Friday, January 24, 2020. The event marks the 47th anniversary of Roe v. Wade, the Supreme Court decision that legalized abortion.

Bishop Apostolos also attended the National Prayer Vigil for Life at The Basilica of the National Shrine of the Immaculate Conception on Wednesday, January 23, the evening before the march. The next morning, the Orthodox faithful, guided by the hierarchs, met at St. Nicholas OCA Cathedral for a pre-march Liturgy.

The rally, attended by President Donald J. Trump, began at noon with a prayer offered by Bishop Apostolos on the National Mall at 12th Street. Orthodox Christian marchers gathered under the “Orthodox Christians for Life” banner and signs.

The march began at 1 p.m. and proceeded along Constitution Avenue to the U.S. Supreme Court, where prayers for the victims of abortion were offered. 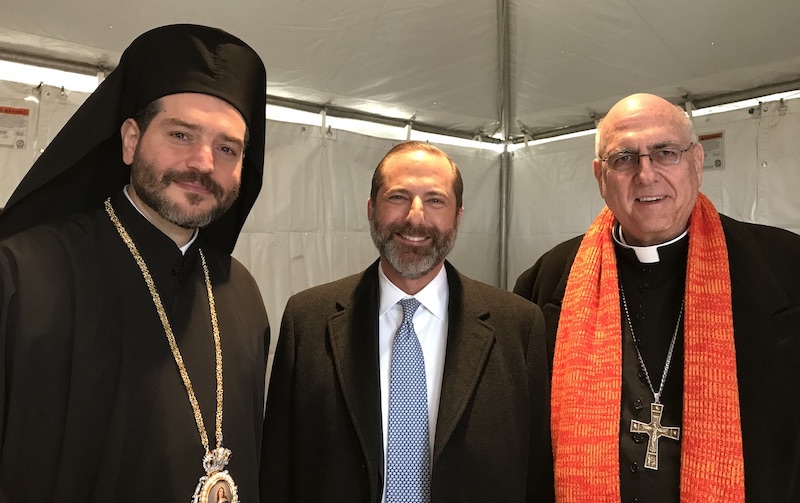