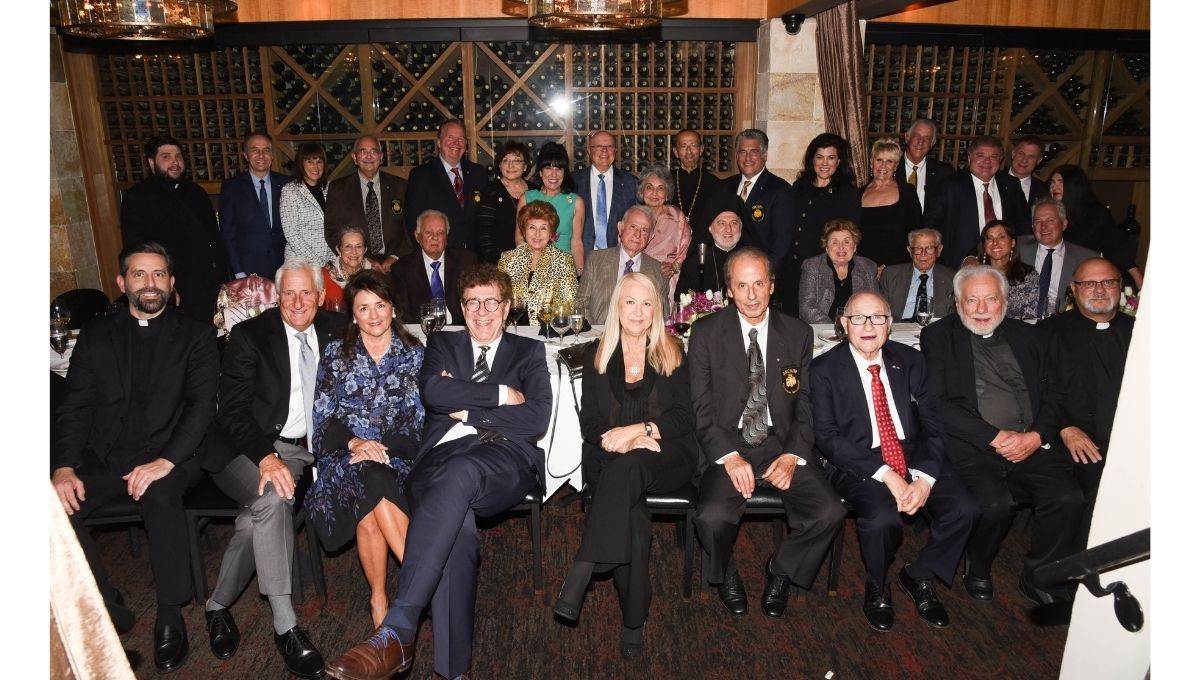 His Eminence Archbishop Elpidophoros of America recently visited the Los Angeles where he had the opportunity to meet with the Archons of the Ecumenical Patriarchate at a dinner held on Monday, March 28, 2022 at Mastro’s Beverly Hills. The attendees included several Archons from the southwest District 18, under the leadership of newly appointed Regional Commander Archon Theodore Konopisos. Also in attendance was His Eminence Metropolitan Gerasimos of San Francisco, His Grace Bishop Spyridon of Amastris, and His Grace Bishop Ioannis of Phocaea.

In his welcome remarks, Archon Konopisos commented that it is his hope “to engage the Archons from our District to work closely with the National Order in spreading the message of support for the Ecumenical Patriarchate, the Greek Orthodox Archdiocese of America, the Metropolis of San Francisco and our local parish communities in spreading the message of the Order of St. Andrew.”

Special recognition was also given to Dr. James Kallins, Regional Commander Emeritus, who served the Order of Saint Andrew for many years, and continues to be a staunch advocate for the religious freedom of our Mother Church.

His Eminence Metropolitan Gerasimos welcomed Archbishop Elpidophoros to this event, conveying the ongoing commitment of the Metropolis stating, “We are blessed with many dedicated Archons who, as Defenders of the Faith, have supported our Mother Church and have placed high priority on matters concerning His All-Holiness Ecumenical Patriarch Bartholomew and the Ecumenical Patriarchate.” Metropolitan Gerasimos also urged the Archons to, “Continue to proclaim your faith. Be diligent in your support of the Mother Church. As Archons, you carry a sacred duty – one that comes with great responsibility, but also one that comes with great blessings.”

At the conclusion of the evening, Archon Theodore Konopisos offered a gift of $10,000 from the Archons in the Metropolis of San Francisco to His Eminence Archbishop Elpidophoros of America to support his God-pleasing ministry where it may be most effective for the spreading of the Gospel and furthering the work of the Church.

Archbishop Elpidophoros graciously accepted this donation, and conveyed his joy in being with the Archons and commended their commitment to the Mother Church, and in the many ways they also serve their parishes and the Metropolis.