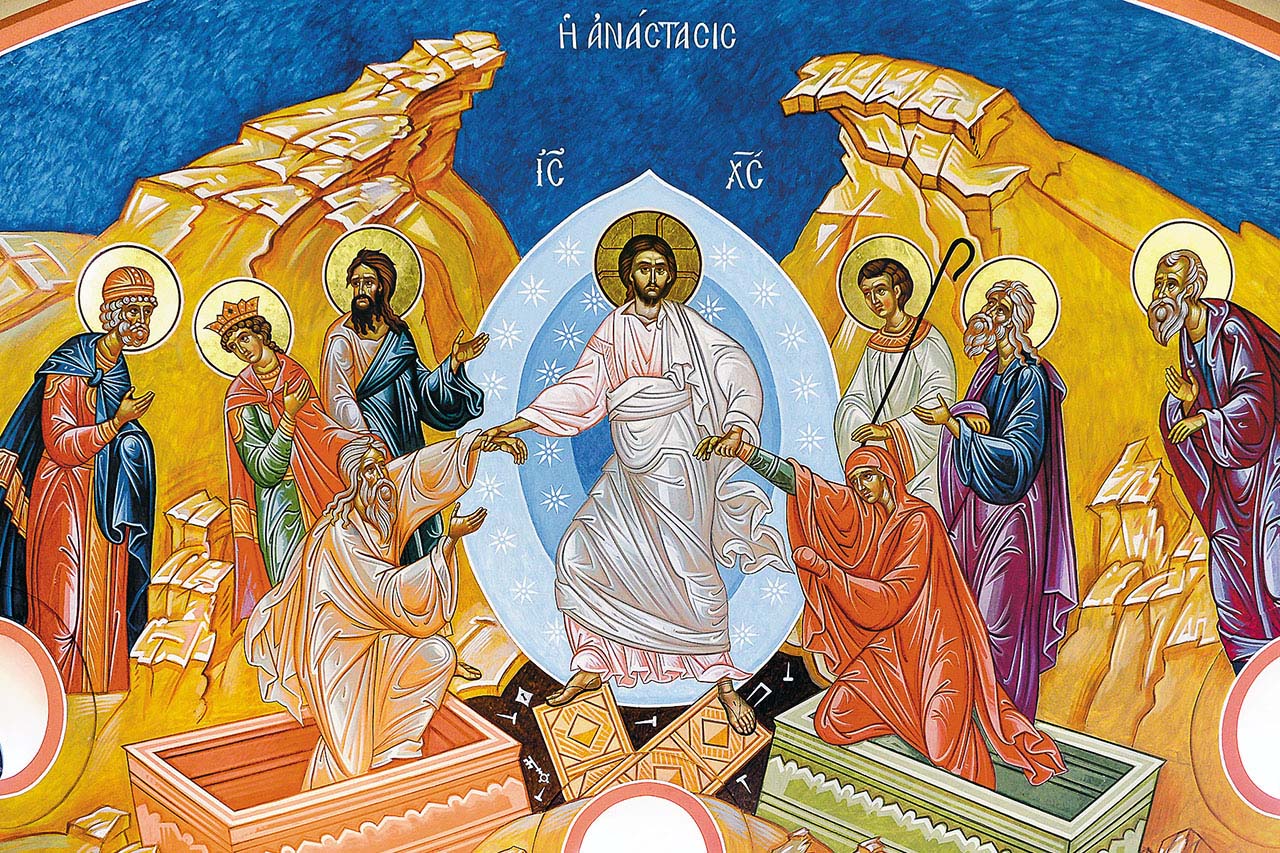 The Feasts of Feasts

To the Most Reverend Hierarchs, the Reverend Priests and Deacons, the Monks and Nuns, the Presidents and Members of the Parish Council of the Greek Orthodox Communities, the Distinguished Archons of the Ecumenical Patriarchate, the Day, Afternoon, and Church Schools, the Philoptochos Sisterhoods, the Youth, the Hellenic Organizations, and the entire Greek Orthodox Family in America,

On this glorious Feast of Feasts that is filled with the transcendent light and unsurpassable joy of the Lord’s Resurrection, I proclaim with you, my beloved people,  the exclamation of victory,  Christ is Risen! Truly, He is Risen!

The reality of the Lord’s Resurrection has an unparalleled significance for humanity. The Resurrection is an event of multiple victories, victories that have a transformative and renewing promise for each of us.

First, The Lord’s Resurrection is the victory over death, the victory of life over death.  But, beyond that, it is the victory of   establishing the Resurrection as a new reality on earth.  In the Paschal light, we realize that while death continues to be a physical phenomenon, it does not dominate humanity as the ultimate and unavoidable fate. Rather death has lost its sting (1Corinthians 15:55) as it opens a passageway to a better life, a life in the union, presence, and eternal communion with God.

Ultimately, the Resurrection becomes the destiny for each and every one of us. Saint Paul assures us in clear language that as Christ was risen, so we will be risen and be united to Christ in a transformed life, an incorruptible life, a shining life, a luminous life bathed in an abundance of light and splendor.

Second, the Lord’s Resurrection is the victory over injustice.  Is it possible to identify any event more unjust than the Crucifixion of Christ? In the horrific event of unbelievable injustice in which humanity crucified the living manifestation of perfection, holiness, innocence, and purity, we see the Resurrection of Christ overcoming this injustice and restoring triumphantly the invincible rule of justice willed by God.

Third, the Lord’s Resurrection is also the victory of love over hatred.  The Resurrection of Christ is the establishment of love as the central reality of life. Despite the cries of hate, Away with Him, away with Him! Crucify Him! (John 19:15)  Christ on the Cross asks the Father to forgive his adversaries for they know not what they do (Luke 23:34). The Resurrection amazingly transforms the Crucifixion from a crime of hatred on the part of humanity to an act of love on the part of Christ! Christ is risen and love is splendidly shining over humanity.

It is the promise of our personal resurrection that this vision establishes and fills us with ineffable joy as we chant, It is the Day of Resurrection! O People, let us glory in splendor! Pascha, the Lord’s Pascha! For Christ our God has transported us who sing the triumphal hymn from death to life, and from earth to Heaven.

With paternal love in Christ, the Risen Lord,