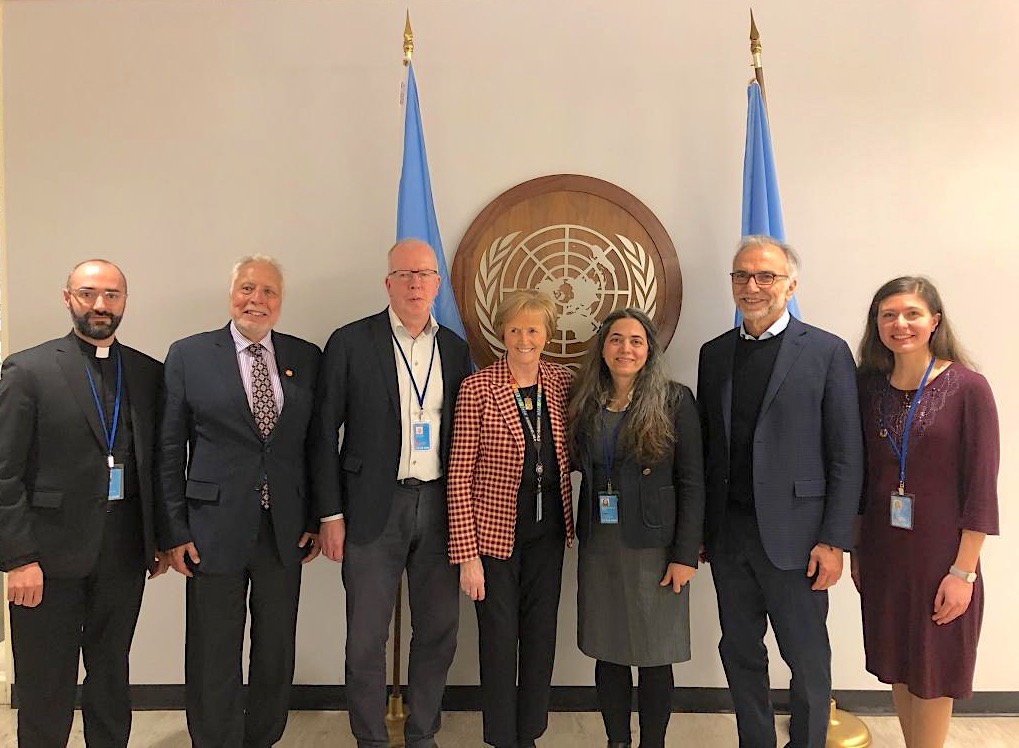 NEW YORK – On February 14, 2020, the Department of Inter-Orthodox, Ecumenical and Interfaith Relations of the Greek Orthodox Archdiocese of America participated in the 58th Session of the Commission for Social Development at the United Nations. The Department held a side event on the Housing First Approach as part of the Archdiocese’s initiatives on homelessness. The event, titled, “Building a Housing First Approach and Implementing Inclusive Best Practices,” was co-sponsored by the Permanent Mission of Finland to the United Nations and UNANIMA International.

The Housing First approach is based on the belief that every person has a right to safe and affordable housing. The Housing First Approach offers housing for people living on the streets, without any preconditions, and provides supportive services based on the choice of the individual. This approach was founded by Dr. Sam Tsemberis, a Greek-Canadian-American in New York City and has been adopted internationally. Finland is a model example of the success of the Housing First Approach and is targeted to completely eliminate street homelessness and people in temporary housing by 2027.

The panel, moderated by Spyridoula Fotinis, featured Mr. Jyrki Terva, the Acting Deputy Permanent Representative of the Permanent Mission of Finland to the United Nations, Dr. Sam Tsemberis, the founder and CEO of Pathways Housing First, James Carras, a Greek-American Adjunct Lecturer of Public Policy at the Harvard Kennedy School and Consultant on affordable housing, Juha Kaakinen, the CEO of the Y-Foundation, which finances and provides supportive housing in Finland, Jean Quinn, the Executive Director of UNANIMA International and the founder of Sophia Housing in Ireland, and Shahin Marjan, a PhD candidate who studied homelessness in India and who came to the U.S.A to learn about homelessness, before becoming homeless herself in America.

If you would like to learn more about the work of the Archdiocese at the United Nations, please email [email protected].

Watch the video of the panel HERE.