Archdiocese Mourns the passing of Bishop Iacovos of Catania

NEW YORK – The Greek Orthodox Archdiocese of America, the Holy Eparchial Synod and its President, His Eminence Archbishop Demetrios of America, express deep sorrow on the falling asleep in the Lord of Bishop Iacovos of Catania, who passed away peacefully Thursday, June 21, 2018 in Clearwater, Florida.

Commenting on his passing, His Eminence Archbishop Demetrios of America stated: 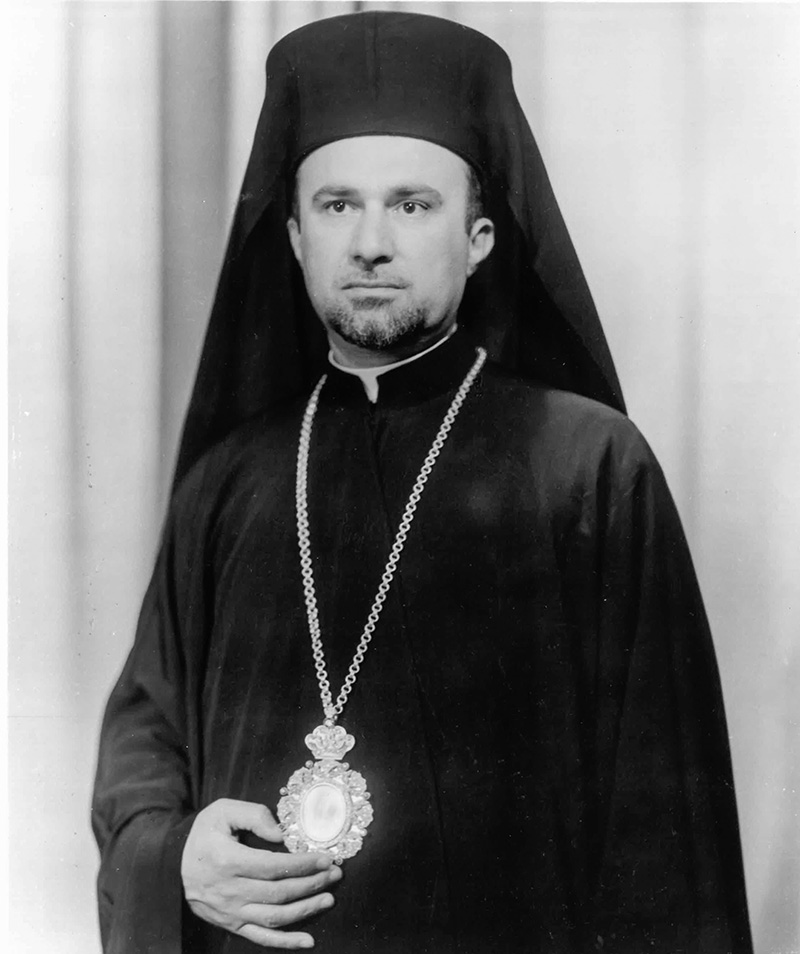 “His Grace Bishop Iacovos of Catania, of blessed memory, with whom we were classmates at the University of Athens School of Theology, faithfully served our Church for many years as a clergyman and hierarch with devotion and grace. May he be counted among the saints and may his memory be eternal.”

His Grace Bishop Iacovos leaves behind a beautiful legacy, and he will be deeply missed by everyone who had the privilege of knowing him. He was born on August 10, 1927, in Megara, outside of Athens, Greece. Raised in the Orthodox faith by his deeply pious parents, he was inspired to enter the Priesthood. He attended and received his degree from the University of Athens Theological School in 1951. In 1951 he entered the monastery of St Meletios and took the ecclesiastical name Iacovos, in the same year he was ordained a deacon and then on April 26, 1952 he was ordained a Priest. A transfer to London in 1953 enabled him to study religious philosophy in Oxford, before arriving in the United States in 1959, where he served in parishes in Canada and New York.

His service at St. Barbara's Greek Orthodox Church in New York allowed him to pursue his studies even further. He was awarded his Master's in Philosophy from Columbia University in 1963, and ordained as Bishop of Catania on May 21, 1967 at the Archdicoesan Cathedral of the Holy Trinity in New York by Archbishop Iakovos. Shortly after (November 1967) he was assigned to the newly established Diocese of Houston (Eighth Archdiocesan District) and in January 1970 Archbishop Iacovos assigned him to the Diocese of Buenos Aires (Tenth Archdiocesan District). Beginning in 1973 he was assigned the Diocese of Charlotte, which later became the Diocese of Atlanta and is now the Metropolis of Atlanta.

His late brother Vasilios Pililis and his sister Kleoniki Pililis predeceased him and he is survived by his sister, Maria Papanicholaou, and many cherished nieces and nephews.

The funeral service was scheduled to take place Monday morning June 25, 2018 at the Greek Orthodox Cathedral of Saint Nicholas in Tarpon Springs Fla., following the Divine Liturgy. His Eminence Metropolitan Alexios of Atlanta will be presiding at the services and represent His Eminence Archbishop Demetrios of America and the Holy Eparchial Synod. Bishop Iacovos of Catania will be laid to rest at Sylvan Abby Memorial Park Cemetery in Clearwater.

May his Memory be eternal!