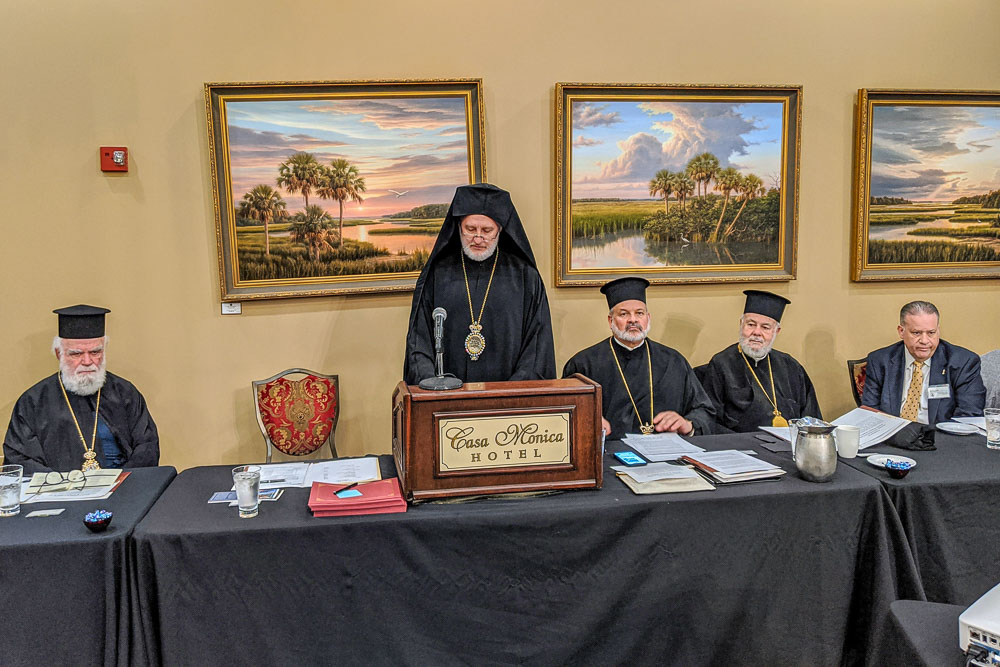 On Saturday Feb. 8, the Archbishop visited the Orthodox Christian Mission Center, also located in St Augustine. At St. Photios, His Eminence attended the meeting of the Board of Directors and later presided at the Archieratical Great Vespers.

On Sun. Feb. 9, Archbishop Elpidophoros presided over the Divine Liturgy at the Greek Orthodox Church of the Holy Trinity. A banquet celebrating the 38th Anniversary of the Shrine was hosted following the Liturgy at the historic Casa Monica Hotel.