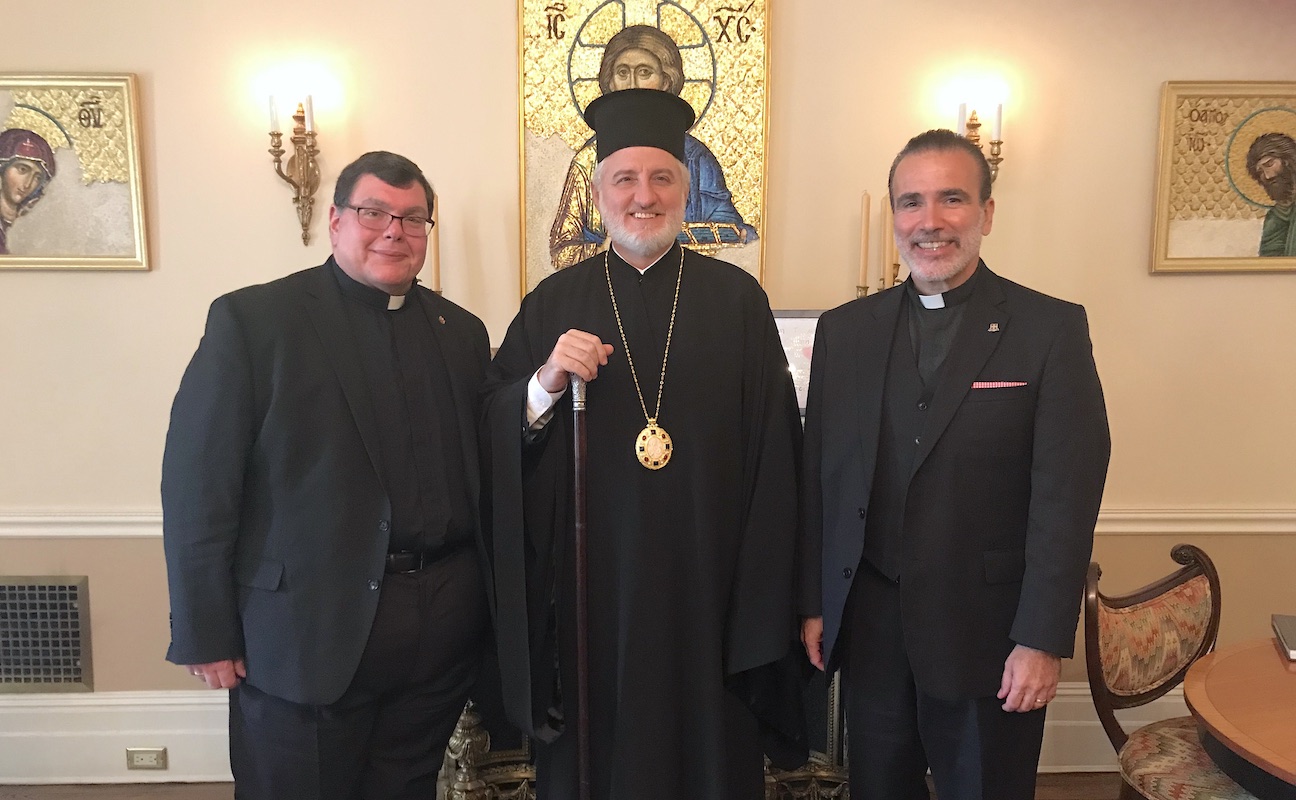 Confronting the deficit of the Pension Fund has been a combined and concentrated effort of the ABC and the Archdiocesan Council in working together to discuss ways of strengthening the program. The ABC representatives briefed His Eminence on the options under study through the extensive analysis of the ABC consulting firm, Mercer Inc. His Eminence offered his own thoughts, direction and expressed his unbridled support to the ABC to better enhance the security and welfare of the Clergy and their families for the betterment of the whole of the Archdiocese of America.

The meeting was exceptionally positive and productive lasting over an hour. His Eminence agreed to partake in the upcoming semi-annual meeting of the ABC to take place at the Archdiocese, Nov. 12 and 13.