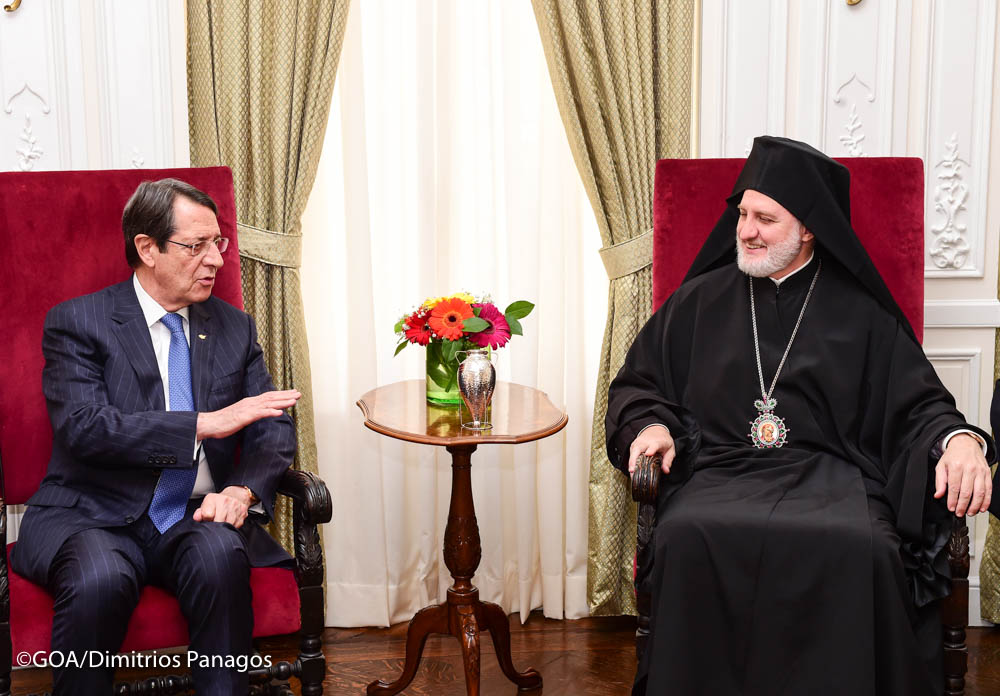 NEW YORK – His Eminence Archbishop Elphidophoros welcomed today, the President of the Republic of Cyprus Nicos Anastasiades to the headquarters of the Archdiocese.

The President and his wife Andri, first venerated the icons at the Archdiocesan chapel and then were received in the second floor salon, where formal greetings were exchanged.

In his welcoming remarks, the Archbishop stated: “As a Hierarch of the Ecumenical Throne, responsible for the pastoral care of the Orthodox Christians in the United States, I pray to God of love, peace, philanthropy and of reconciliation, that He may allow us to see the island of Cyprus united, where Greek-Cypriots and Turkish-Cypriots, all of its citizens living harmoniously together, will enjoy the benefits of reconciliation, brotherhood, love, economic progress and growth.”

The President, replying to the Archbishop, asked him to convey to His All-Holiness Ecumenical Patriarch Bartholomew, the profound respect of himself and the people of Cyprus to the venerable person of the Patriarch. He also referred in detail to the official talks on resolving the Cyprus problem. Finally, the President invited the Archbishop to officially visit Cyprus when the opportunity arises.