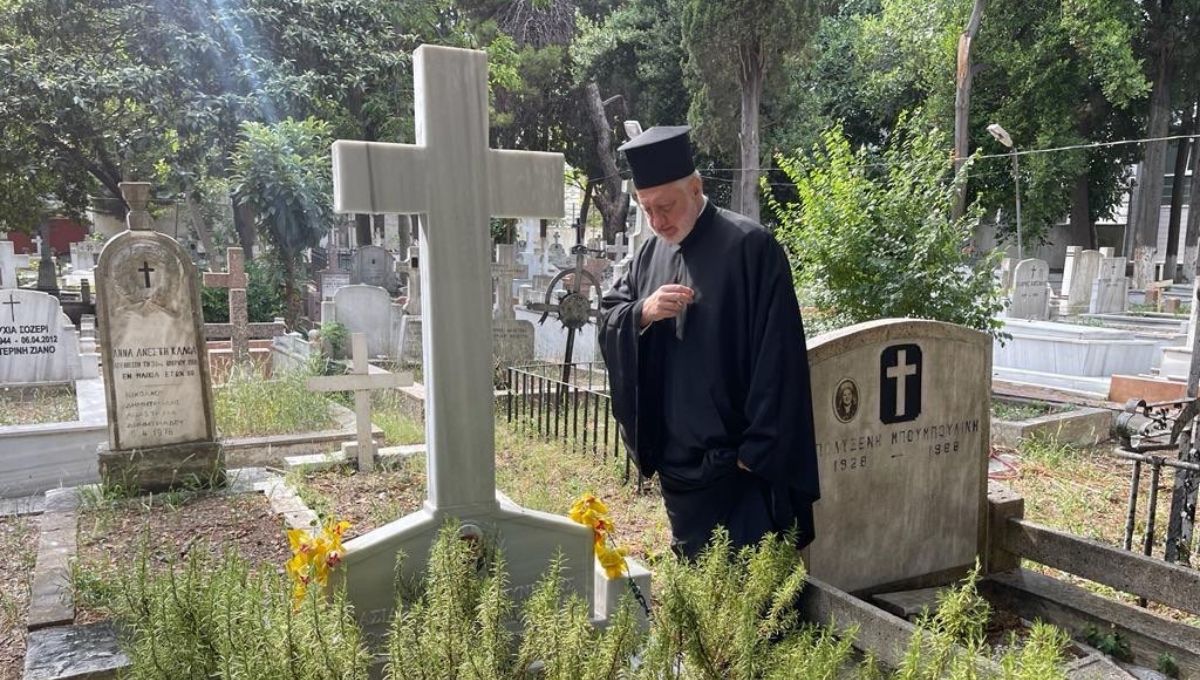 His Eminence Archbishop Elpidophoros visited the gravesite of his father, the late Vassilis Lambriniadis, at the St. George Cemetery in Makrochori (Bakirköy) yesterday. Born in Istanbul, Lambriniadis raised his family there before moving with them to Thessaloniki as refugees in search of a better life. It was his father, the Archbishop has said, who instilled a love for the “Poli” and a passion for Hellenism in him.

His Eminence arrived in Istanbul earlier this week to begin the third Centennial Pilgrimage, and will continue on to the monastery of Panagia Soumela to concelebrate the Divine Liturgy with His All-Holiness Ecumenical Patriarch Bartholomew on the Feast Day of the Dormition of the Theotokos. While in the city, the Archbishop is also expected to visit the Balikli Greek Hospital, which, before suffering a devastating fire last week, had been serving the city's elderly Greek population for years.