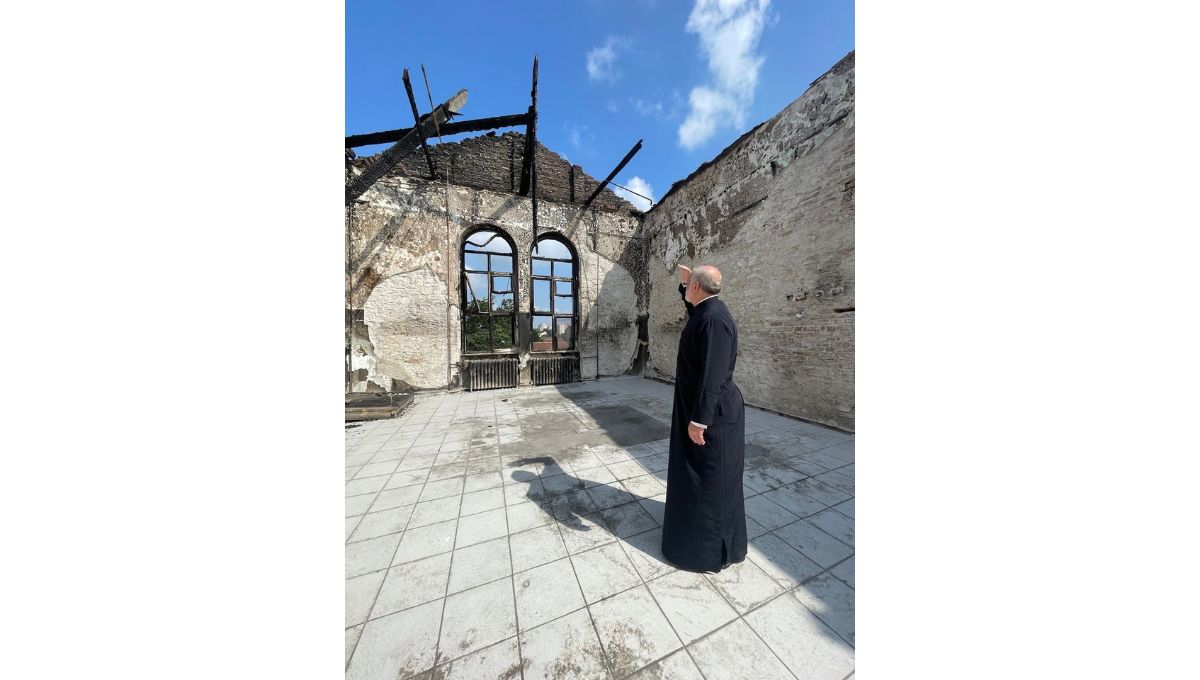 His Eminence Archbishop Elpidophoros visited the Balikli Greek Hospital today following last week’s devastating fire and had the opportunity to hear from staff and residents about their experiences during the ordeal.

Staff members present when the fire first broke out shared that they had worked quickly to move patients out of their rooms and into the nearby buildings; meanwhile, some residents described experiences of being saved by personnel, “sometimes at the last moment,” before the roof collapsed over their beds.

No casualties were reported, but a number of residents have been displaced; the Hospital, which was established in the 18th century and has served the elderly Greek population of Istanbul for years, has sustained significant material damages. Though rebuilding will take time, the Archbishop expressed his gratitude for the quick response of the faithful in the United States, and thanked the Greek Orthodox Ladies Philoptochos Society, the Order of St. Andrew (Archons of the Ecumenical Patriarchate) and the Archbishop Iakovos Leadership 100 Fund for their immediate emergency relief efforts.

“Our senior brothers and sisters of Constantinople deserve a decent place to spend the last years of their lives,” said the Archbishop, adding, “I’m personally also very moved because this is the place where my own grandmother, my uncle Michael, and my late father Vassilios spent the last years of their lives: a very beautiful place now in ashes, but very soon again restored in its old and even better beauty.”