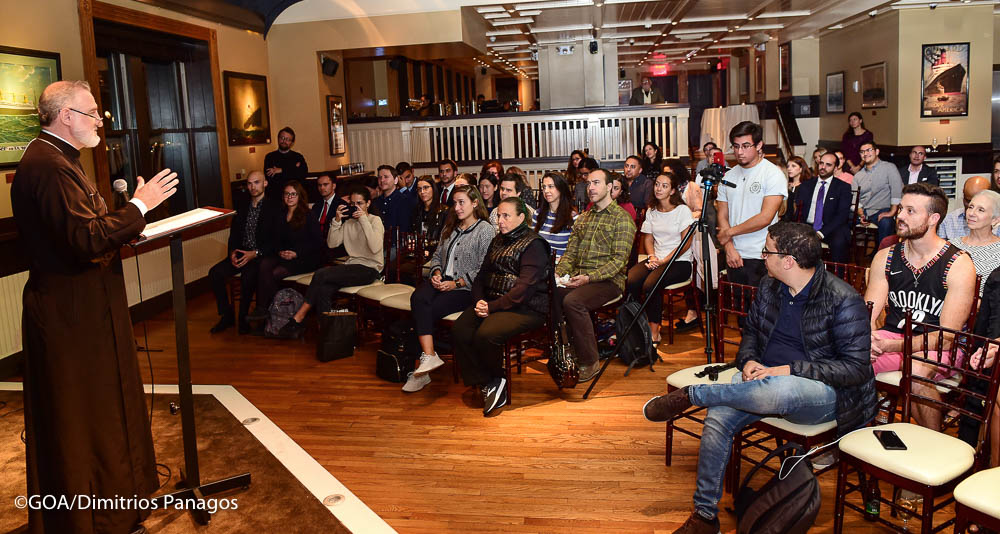 His Eminence presented a paper entitled: “Being Orthodox in a non-Orthodox world.” In his remarks, he reminded those assembled of the importance of praying for the world. His Eminence addressed questions of Globalization and Tradition, Orthodoxy and Religious Pluralism and the importance for young people of a genuine liturgical experience. In his concluding words, he invited Orthodox youth to be missionaries in the world: “Let us find the strength and courage of our Fathers and Mothers in the faith, not to live in isolation, but to participate in the baptism of cultures, languages and civilizations, by engraving the sign of the Cross as the beginning and the end of all things. We should not be afraid. And to those who write and preach that we as Christians should choose the option of leaving the world, I say, as Orthodox Christians we have the spiritual resources in our Tradition to be in the world, to pray for the world, and to sanctify the world, for the simple and extraordinary reason that: Christ gave Himself up for the life of the world.”

The evening ended with questions from participants to the Archbishop, touching upon various themes, from the place of children in the life of the Church to church outreach and ministries. Metropolitan Gregory of Nyssa of the American Carpatho-Russian Orthodox Diocese of the U.S.A. and Episcopal Liaison of the OCF was also among the participants.

Orthodoxy on Tap - NYC is a grassroots fellowship for young adults centered on the Orthodox faith, featuring guest speakers and casual networking.