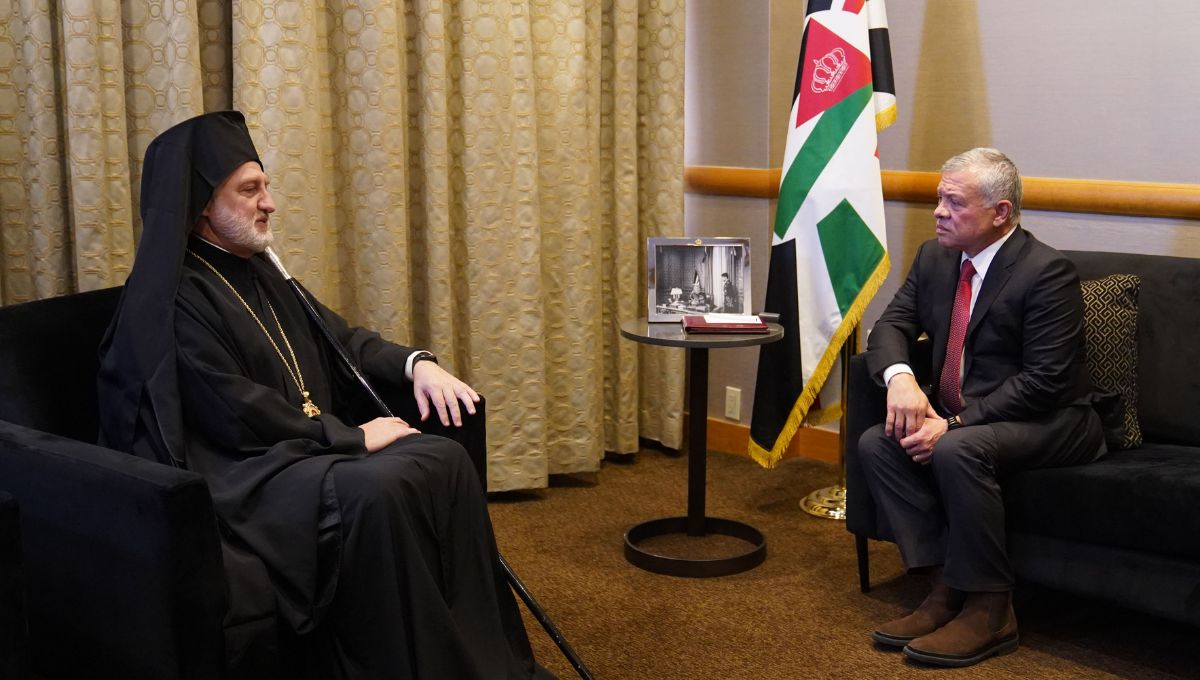 On Monday, May 9, 2022, His Eminence Archbishop Elpidophoros met with His Majesty King Abdullah II of Jordan. They discussed the importance of interfaith dialogue and cooperation, especially in light of the current developments in the Middle East and the invasion of Ukraine. Archbishop Elpidophoros also shared the news of his upcoming pilgrimage to the Holy Land on the occasion of the Centennial Celebration of the Greek Orthodox Archdiocese of America at the end of the year. Finally, Archbishop Elpidophoros praised the thriving Jordanian Orthodox Christian community under his Archpastoral care. His Eminence conveyed the warm greetings of His All-Holiness Ecumenical Patriarch Bartholomew.

Before their meeting, Archbishop Elpidophoros participated in a roundtable conversation. King Abdullah opened the meeting by briefing the U.S. ecumenical leaders on the current developments in Jerusalem and Jordan’s role as protector of Muslim and Christian Holy Sites. In response, Archbishop Elpidophoros thanked the King for his “steadfastness and, especially, (his) spirit of interfaith dialogue and cooperation.”

The event was organized by the Jordanian Embassy to the USA together with Churches for Middle East Peace.